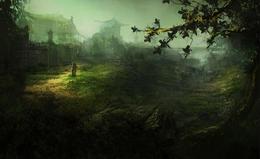 Andrei Zhukov (a member of LAH group) is talking about archeological artifacts and traces of humans (mainly hands and feet traces) found in planes detected to be from 0.5 million to 500 million years ago:
The Secrets of Vedas Civilization NEW

The ancient wisdom of Vedas is a proof that consciousness is the base of the cosmic processes. You will find out the origins of mankind, about the life in the universe, about the cyclic nature of time, about high technologies of our ancestors, about planetary and cosmic contacts in ancient times and much much more. If you know the answer to the question 'who you are' you will know and you will be able to cognize the universe.
Hyperborea. When the gods were human, The civilization that knew what happiness was NEW

The ancient artifacts tell us about some mysterious land that lays far way to the North. The happy people who inhabit this land, Hberborea (literally "those who leave over the Borej - the northern wind" who had some unique knowledge, who could move by air (fly), who had super powerful weapons and some secrets of longevity. Centuries ago they had to leave this lands that lied over the polar circle - the global ice age and giant waves of the Northern Ice Ocean forced to find new motherland.
Alternative History of Japan (2013 LAH tour)

source: website LAH
The ancient history of Japan as we know it from the modern conservative science point of view is very poor in events and short when it comes to time frames. But there are facts that show a different story and we know now that Japan's history is very rich and it starts thousands of e=years earlier. The traces of very well oranised civilization with high technologies are obvious. The movie is created based on materials of expedition of "3rd century fund of science development" to Japan that took place april 2013. Apologies that this movie is in Russian language:
to read more>>>
Displaying page: Good Advice Magazine >> Knowledge >> Alternative History - 03
Knowledge other articles:  07  06  05  04  03  02  01