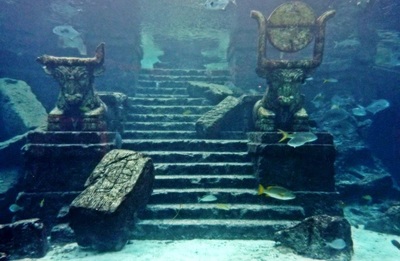 History. Is it ever truthful to all of us? Who writes it? If they are historians and analytics who live and witness the historical events and figures they follow the rules of the system - they can not write something revealing in order not to get in trouble with the governing class. These historians lie. If they are the historians that write about the recent past most likely the governors are changed and the current in power order the historians to show only mistakes of the previous rulers. From the other side: what can one person say about the other person? He/she only sees  part of his/her personality as he/she was exposed only to that one part. People are multi leveled: they change, they show their sides and get exposed from so many sides it is hard to give a count to the whole personality. The ruler can be cruel, kind, merciless or warm from one situation to another. Say his/her slaves see him/her from one side; his/her surroundings see him/her from the other side and the family sees him/her in absolutely different light. And I just told you a trivial example of how one person can be judged falsely: how can he/she be falsely accused and falsely praised. This just about one single person, but what about the events and the whole epoque? The description will always depend on the eyes of the observer and people tend to have subjective opinions. Some events we can call heroic, but they were unfortunate for the nation that was destroyed. So what can we believe in when we read historical documents and even find historical evidence of some kind? Can we judge the century based on one document that was found after 5000 years or can we not? We can only see the tendencies. The truth is there and it is never to be revealed no matter if it is an alternative history or it is a traditional one. Saying alternative we just show one possible way of events development, and perhaps one more way to look at the particular people who were in power at that time. History is like a river: you can only see what is next to your feet and it is ever changing. We can only interpret it with the best knowledge that we have available at the time.