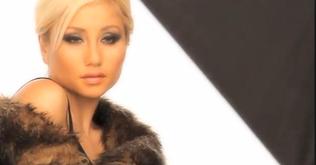 Our September competition winner is Cindy Carino. Please see the best replies we published
October month question for our readers:

who is your favorite celebrity and why?

The best answer will get the prize! Email your answer to win
CINDY CARINO

I was browsing the net recently and found an interesting article tat I would like to share with you today.

PHUKET: Alasdair Forbes meets the girl who aims to be the world’s first celebrity model/socialite

In the olden days, celebrities became famous for being good at something. Then came Paris Hilton.

Australian Cindy Carino has decided to follow in Hilton’s questionable footsteps. She is determined to break into this world, to become “the world’s first recognised celebrity model/socialite”.

“Our aim [she has a manager] is within six months to get some sort of celebrity status, and then we’ll see how it goes after that. I’m just doing it now while I’m young and I’m having fun.”

So how does one go about becoming famous? “You just go to events and you’re basically one of the celebrities but you don’t have the same status as them – but everyone knows who you are.”

So the aim is to be famous for being famous? “Yeah, that’s it. Yeah. I do it because it’s fun.”

The 28-year-old has been modelling since she was 16. Not runway – she’s only 157 cm tall – but photographic and calendar work, including a Penthouse swimwear calendar when she was 21 (“I was the only Australian”).

She’s also done what, in Thailand, would be termed “pretty girl” work at events, such as the Australian Grand Prix where she was one of the lovelies holding umbrellas for the drivers.

So what exactly is a celebrity? “It’s really weird, isn’t it? It’s more about exposure, it doesn’t matter whether it’s bad or good.”

So it’s not because you’re able to do thisor that, or you’re super-rich or incredibly good looking? “I think it’s all in the attitude. And I love talking to people.”

She attracts cameras, apparently. “I wasn’t asking for anything at the Spring Carnival Races [in Melbourne]. The cameras just came on me. Out of all the non-celebrities I was the only one whose picture made it into the official video of The Age [newspaper].

“I got on with all the celebrities except maybe [Aussie Rules player] Nathan Buckley. I did on the first couple of days but not on the last day. I think he had a girlfriend there that day.”

She almost didn’t go to the races in Melbourne. “But I did, and then I found out it wasn’t about the horses. It was about being seen.”

The whole celebrity-meeting thing is snowballing. Thanks to people she’s already met who move in celebrity circles, she’s receiving more invitations to parties. She also has a friend, “a big investor who likes to drag me to all these events’.

So how does she make money out of this? It’s not really important, she says, though she does have bills, holidays and a mortgage to pay. The answer is sponsorship.

The investor pays her to go to events with him “to make him look good. A pretty face next to him makes him money, he says.”

She is also “sponsored” by fashion designer Christopher Chronis to wear his clothes at events.

She’s due to do another “pretty girl” gig soon – the launch of a new Jeep. She’ll be paid, but the main thing, she says with her eyes shining, is “it’s very high profile. There’ll be millionaires coming in helicopters and all that. [AFL player] Michael Clem will be there – he’s really nice.”

In between parties, she still does modelling and acting. She’s had small parts in a couple of movies and she’s in the video for Surrender, a new song from up-and-coming singer Ryan Morgan.

The drive to be a celebrity model/socialite has gelled only in the past year or so. “I’ve been doing it for years, but I didn’t know that I was doing it. It’s weird, isn’t it?”

You can see how she appeals to celebs and the camera. Her parentage – German father and Filipina mother – has given her a face that’s not not conventionally beautiful but is unusual and interesting, and which changes with almost every degree of angle as she turns her head.

She also makes conversation easily. You suspect that she has the very useful knack of making other people think that she finds what they say fascinating, possibly this writer included.

Is her life’s aim frivolous? Well, she’s not contributing to society in the same way a doctor or an architect or a firefighter does. So yes, it is frivolous. But then, wouldn’t life be dull without frivolity?

Besides, when she is finally famous, I’ll be able to brag about how I once sat chatting with Cindy Carino for an hour by the pool in Phuket.

For more about Cindy visit cindycarino.com.au

we got introduced to Cindy Carino just recently at the Chanoyu Natural Beauty and Spa﻿ Event - Dress for Success Melbourne then we met later for a casual talk and found out that Cindy is heading off to 'Face Of The Globe' Pageant, Paris in mid October. Cindy kindly agreed to become our events official ambassador starting from November this year. as return of favour we ask everyone to please vote for Cindy's crown in Paris: 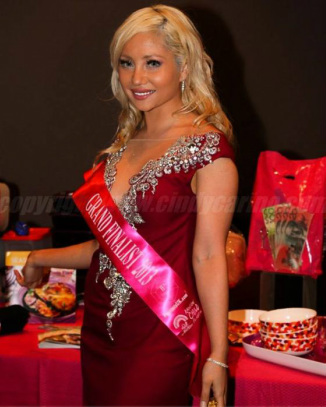