bohemian rhapsody social club
Bernardo Soler and SELEAD Q
website
Bernardo O. Soler was born in the Philippines and began having guitar lessons from his brother (Rufino Soler), at the age of fourteen. In 1989, he graduated with a Bachelor of Music majoring in Classical Guitar from the University of Santo Tomas Conservatory of Music in Manila, Philippines, under the tutelage of Mario Rodriguez. In 1992 he studied at the Melba Conservatorium of Music (Victoria University), Richmond, Victoria under the tutelage of Jochen Schubert. 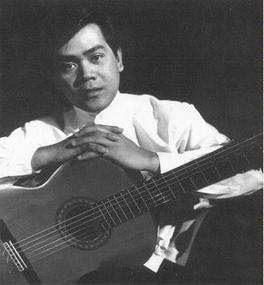 Melbourne based artist Hilary Şenhanlı graduated from the Victorian College of the Arts having studied under Pam Hallandal, a Dobell Drawing Prize winner. Whilst living in Brussels she exhibited annually with Arts Perspective International and back in Australia at The National Archives of Australia, The Lyceum Club, Hawthorn Studio & Gallery and fortyfivedownstairs.

She is appearing consistently as a finalist – the $30,000 Jacaranda Acquisitive Drawing Award (JADA), the $82,000 National Drawing Together Art Prize, St Patrick’s College Flanagan Prize, the Walker Street Gallery’s Emerging Artist Award and the Polish Art Foundation’s International Drawing Biennales. She had also conducted a successful online initiative in 2010 by posting a small new work every second day for a hundred days (which was covered by Monash Journal on 30 August 2010). read more

Cindy Carino is a sensational fashion glamour model from Melbourne, Australia. With exotic looks and an amazing body, Cindy Carino is fast becoming one of the hottest and visible faces on the fashion and celebrity scene.

Cindy is often spotted posing for the camera with other models like Lara Bingle, Sophie Monk as well as other big ticket celebs like Molly Meldrum and Eddie Maguire. Her star appeal is not limited to just the red carpet as Cindy also makes guest appearances at VIP events.

Cindy Carino Management is now taking bookings for celebrity appearances at events, so if you want Cindy at your next event, get in touch with us.

You can also contact us for casting Cindy in film, tv, fashion and music video shoots.

Get to know how you can prevent chronic diseases & get healthy living as much as possible. Nutriway has helped people improve their health & wellbeing with scientifically proven products since 75 years. It is the only global vitamin and mineral brand that grows, harvests and processes plants on 6,400 acres of certified organic farmland. With more than 100 scientists dedicated to create the best supplements possible; 15,000 tests are performed every month for quality control.

No matter your age, complexion, skin type or condition, the truth is that you deserve the very best. ARTISTRY combines more than 45 years of experience in scientific research and development. A network of 500 internationally renowned scientists, dermatologists, surgeons and researchers work daily to advance the science behind every ARTISTRY product helping women to address the needs of their skin depending on their age, complexion and lifestyle.

In every woman there is a spark of the divine. This season, show the world how you shine with one of the country's most enduring jewellery brands with over 30 years in the market & regularly featured in the fashion features of leading magazines and worn by top models. Specification plated in Gold & Rhodium with high quality Australian crystals & cubic zirconias, EMMAPAGE Jewellery is perfect to wear, perfect to give & wonderful to receive!