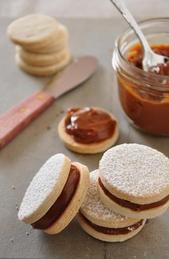 waiting for Natasha A at Vodka Borsch and Tears with Ned.. coffee and hot choky ... [it looks like Ned is very much into fashion now - he even sacrificed his daily horoscope to this magazine page..i wonder why...] ... i really liked how they put the lunch options in the front window so everyone who passed by took photos...
CORDATO

we continue learning about different coffee beverages. Cordato is something new to learn today... A cortado is an espresso (also known as "Pingo" or "Garoto") "cut" (from the Spanish and Portuguese cortar) with a small amount of warm milk to reduce the acidity. The ratio of milk to coffee is between 1:1 – 1:2, and the milk is added after the espresso. The steamed milk hasn't much foam, but many baristas make some micro foam to make latte art. It is popular in Spain and Portugal, in Norway as well as throughout Latin America, where it is drunk in the afternoon. In Cuba, it is known as a cortadito. It's usually served in a special glass, often with a metal ring base and a metal wire handle. There are several variations, including cortado condensada (espresso with condensed milk) and leche y leche (with condensed milk and cream on top). In the United States it is sometimes known as a "Gibraltar". Differs from Cappuccino with little or no milk foam, and from Flat White in that the Flat White is always prepared with a double espresso and no foam.

Other names and variations A cortado is also known as "Tallat" in Catalan, "Ebaki" in Basque, "Pingo" or "Garoto" in Portugal and "noisette" in France. It is also commonly called a "Gibraltar" in the United States, especially on the West Coast. The name Gibraltar originates in San Francisco, California, where roasters such as Blue Bottle Coffee Company and Ritual Coffee Roasters started the trend by serving the drink in Libbey–Owens–Ford glassware by the same name.

A Gibraltar, served in San Francisco In Cuba, it is known as a cortadito. It's usually served in a special glass, often with a metal ring base and a metal wire handle. There are several variations, including cortado condensada, cafe con leche condensada or bombon (espresso with condensed milk) and leche y leche (with condensed milk and cream on top). Brought to the Little Havana neighborhood of Miami, Florida, by Cuban-Americans in the 1960s, the drink is now found throughout the city, and is an important part of everyday culture, particularly among Cubans. 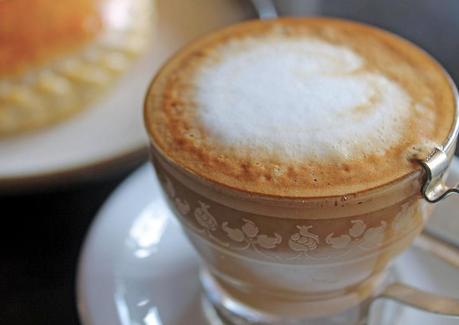 Thinly sliced lemon is an important component of Russian tea-drinking. It’s not surprising, because such tea is of great help when you catch cold. Add some honey to it and you will get the best flu and cold home remedy in the world!

Back in Russia we had a country house in Butovo bought by my great grand father where the whole family of almost 15 adults and kids would get together. Dinner was served but it would never end without a cup of tea from samovar that my grandmother kept from along time ago and that was working on wood burning and coil. The taste of this tea with a bit of smoke, slow water boiling and brewed with garden lack currant leaves was something out of this world. It would be dark already when the whole family would get together around this simbol of Russian culture: Russian samovar. The number of cups of teas drunk could get you into a winner of the table - 10! or 12! - it could take hours but the most important was what was surrounding the tea drinking ceremony: talks about almost everything in the world, mainly philosophy, universe and life... Just some unforgettable evenings in the garden perfumed with white golden apples... That must be one ideal picture, would not you agree?..
I just thought because we have this page devoted to tea and coffee, why don't we talk about russian tea culture.
When it was introduced to Russians in 1600-s by China tea was appealing to the Russian life-style because it was a warm and hearty brew. It warmed us in winter cold days. Russians have always preferred a strong, dark brew which is sweetened with sugar, jam or honey. If you sit and drink tea with real Russian he will put all the sugar in his cup just because - no explanation to these moves. Samovar was an adaptation of the Tibetan hot pot, served both as heater and source of boiling water with which to brew the tea. Tea was, and still is, sipped from podstakanniki (under the glass); silver holders which hold the heat tempered tea glass. The podstakanniki are very similar to Turkish coffee cups.

To this days one has to admit that tea and vodka are the two primary beverages in Russian society.

Even though tea was brought in from China, Russia has developed its own unique traditions surrounding this drink. Early teapots were oval in shape with long spouts and a thick handle. Typical Russian tea is a combination of two or three types and flavors. These different teas are brewed dark and in separate pots. When mixed together in the cup, additional hot water is added to dilute the mixture. The teapots are designed to sit one atop the other with the bottom pot holding the hot water. The next pot, typically, will be a very dark tea followed by a pot of herbal or mint flavored tea. Stacking the pots, not only saves space, but enables each to stay hot longer.

The samovar has served as Russia's teapot since the mid-1700s. By 1800, the samovar had become a cherished focal point of the Russian household and was the centerpiece of any social gathering. Samovars did and do vary in size. Some are very small, holding only three liters of water, while larger, 30 liter samovars do exist. Most Russian samovars have been manufactured in Tula (the place my grandmother was born in a family of 10 children with her mother never working and her father having an accountant job and easily supporting the whole family - never hungry and always dressed in the latest fashion), a metalworking center south of Moscow. The largest teapot of record was made in Tula, in 1922, and held a whopping 250 liters! Russian samovars were/are made of various metals; copper, bronze, iron and silver being the most typical. These are not simple pots. Rather, Russian samovars quickly became an expression of functional art. With the high price of tea, as mentioned earlier, the samovar was both functional and a symbol of affluence. The warmth and aroma of the brew symbolized hospitality and security. Samovar was a very dear family posession similar to big screen plasma TV nowadays.

To boil water for tea, you didn't need to sit the samovar on the stove. This unique appliance accomplishes its task, thanks to a tube which is soldered to the body of the samovar and holds smoldering charcoal or wood. The heat from the charcoal boils the water and keeps it hot. A small teapot sits on top of the samovar which held the dark, concentrated brew. Water from the samovar is used to dilute this tea when served. Many modern samovars are decorated with beautiful paintings . 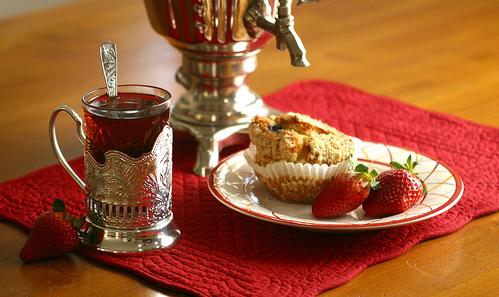 The brewing of Russian tea is different from what most folks in the west are familiar with. A small pot, such as the one seen atop many samovars, is used to produce zavarka. This is the dark, concentrated brew. A considerable quantity of tea leaves are placed in this small pot along with boiling water. The minimum brewing time is 5 minutes with zavarka being used throughout the day and even the following morning for breakfast. When someone wants a cup, a small amount of zavarka is poured into their cup with a greater quantity of hot water to dilute the brew.

The type of tea used is important. If you used English tea for this procedure, it would become quite bitter if left to stand for several hours. A dark loose tea from India, or a Chinese black tea such as Keemun, coupled with a natural herbal or fruited tea everyone's favorite. Another favorite is Russian Caravan. This is a blend of Indian black teas with a slightly smoky flavor.

Tea as a dessert is also popular. Take a spoonful of your favorite jam with each sip of unsweetened tea or serve fine chocolates with the tea. A real treat! Most of all, remember that tea, in Russia, is not just for tea time. The warmth, comfort and hospitality that tea symbolizes, in Russian culture, is why it is offered at every meal and anytime during the day, especially when family and friends are gathered which is very common in every russian house.

Tea is for warmth (both body and soul) and is a great remedy - be it stomachache or common cold and flu... So let's drink up! 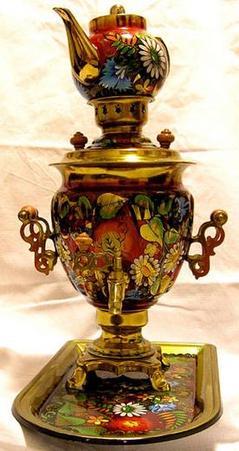