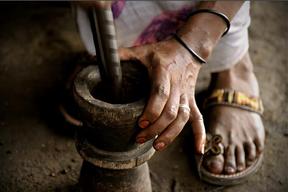 03/01/2014 prepared by Natasha M
coffee is a sacred drink... as i told you before in many countries women are not allowed to come close to the ceremony of roasting the beans on open fire up to the drinking itself ... i can argue about it... but considering we, girls talk too much and our words' limit per day is 1000 time more than man's, the coffee maker can be interrupted easily by a light conversation and as good coffee making takes your entire attention - one second and the drink can be spoiled ... female energy is a no-no presence

in my first articles i wrote about decaf coffee and how it was discovered by accident when the coffee beans were damaged by sea water while cargo -ed from South America to Europe. Well accidents are not counted as discoveries unless you are Dmitry Mendeleev who discovered vodka in one of his nightmares (also probably by accident as Russians say "God told him the recipe", I guess god was drinking himself at this moment and he did not remember what he told Mr Mendeleev after his sixth shot)...
but back to decaf... Decaf is not even coffee. You drink normal coffee to get high and happy... what's the point of drinking something black and not that tasty that will not be giving any results??. I agree - there is a point - you still feel part of the company when you are with good friends. But if you are not in a good company - my advice - do not eat and drink anything - just go home and suffer! DECAF...

A coffee beverage made with decaffeinated beans. If they do not trick you in some coffee shops by adding some caffeine into your decaf I still think you just waste your time...Picture: 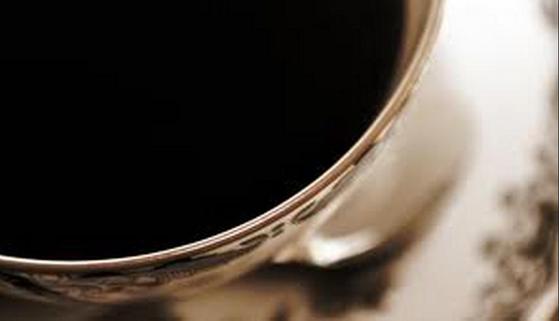 Bring the water to a boil, lower the heat, add the coffee and stir it. Be very careful as the coffee may quickly overflow so you gotta be holding the pot with one hand and ready to lift it away from the stove if it overflows. From this point on there are 2 common methods of finishing the coffee preparation:

Method 1: As soon as you have poured the coffee into the boiling water and stirred it, it’s ready. Turn off the stove and let the coffee pot rest for 3-5 minutes before serving. In this style the coffee will contain some foam.

Method 2: As soon as you have poured the coffee into the boiling water, lower the heat, stirr the coffee in, and hold the pot close but not right on top of the fire and then bring the coffee to a boil 3 successive times , without letting it overflow (overflowing can happen quickly so be careful).  In this method you’re basically getting rid of the foam by allowing the coffee to come to a boil 3 times. Once done boiling it, turn off the stove and let it rest for 3-5 minutes and then serve it. This is the method my mom uses often but feel free to experiment with the other method as well.

Tips:- The fresher the coffee, the better, and use only finely ground coffee (turkish grind)
- Try adding a bit of sugar to the coffee while boiling it
- The above recipe is for strong coffee. If you like your coffee lighter, or if you are not used to strong espresso-like coffee, you can use half a teaspoon for each 1.5 water shots.
- Try adding a pinch of Cardamon spice. Either buy your coffee with cardamon mixed in, or while boiling the water add a very tiny bit of powder cardamon to the pot (1/8 th of a teaspoon).  This will give it a beautiful aroma and flavor.
- You can try adding 2-3 drops of cold water to the coffee pot as soon as you remove it from the stove and then cover it with a small plate while you wait for it to rest. I don’t know what it is but the temperature shock that the cold water droplets bring seem to do something that alters the aroma a bit.

- This is a matter of taste, but our favorite Lebanese coffee brand is Cafe Najjar which is imported from Lebanon. You can find it in many US Middle Eastern grocery stores as it’s a popular brand.  You can also buy it online, just search for “najjar coffee”  and you’ll find this brand below. 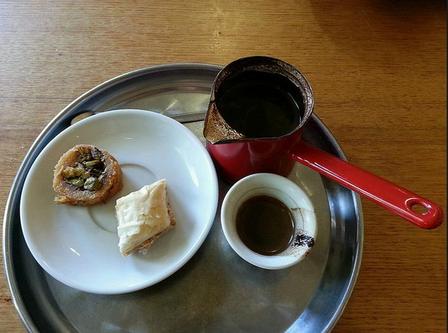