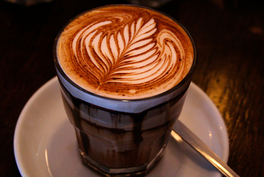 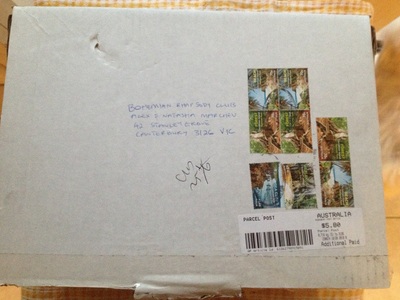 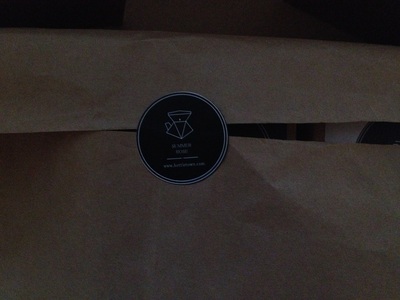 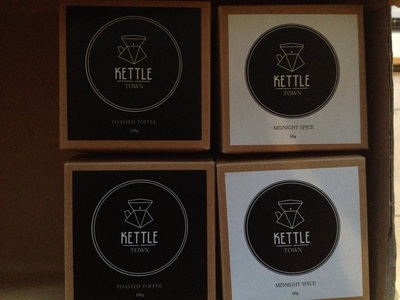 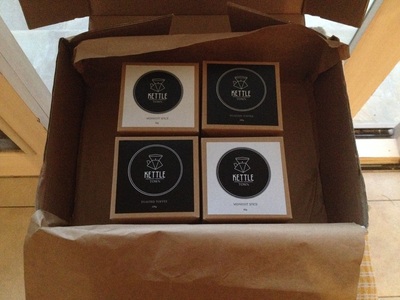 saturdays are not a good idea to have coffees at Brunetti: lex's latte and eclair look like a feast compared to my glass of hot water :)
FLAT WHITE AT BRUNETTI NEW

...but coffees before my media preview are always nice with someone who is very quiet - like this hot Italian gentleman .. if he is raoul bova and he is listening to my blah-blah I will take him...at least i made the waitress laughed at Brunetti...
you all know what flat white is... of course it is not a white (caucasian) man who was flattened by the asphalt roller machine that traveled from north to south africa... not even close... i would never expect any Melbournian to reply like this... please read more:

Flat white
source
A flat white or latte
A flat white is an espresso coffee with a similar proportion of coffee to milk as a caffè latte and a cappuccino, the main difference being the texture of the milk and (in some regions) the number of espresso shots.

The drink originated in Australia and New Zealand in the late 1970s as alternative to the frothier cappuccino. It has since spread to the UK, where it first began to be served by independent cafes in London like Department of Coffee and Social Affairs, and Speak Easy, where owners and staff are from New Zealand, bring the style of coffee into the UK before being adopted by chains Costa and Starbucks. It is rarely found in continental Europe or the United States.

In New Zealand it is traditionally made with two shots of espresso topped with stretched and texturised milk. The milk is prepared by steaming air into the milk and folding the top layer into the lower layers. To achieve the "flat", non-frothy texture the steamed milk is poured from the bottom of the jug, holding back the lighter froth on the top in order to access milk with smaller bubbles, making the drink smooth and velvety in texture. This leads to a white coffee with the crema on top still intact. The drink was traditionally served in a ceramic cup used for cappuccinos (approximately 220-260ml in capacity), though present-day speciality cafes are more likely to serve it in smaller (150-160ml) cups with two Ristretto shots used, resulting in a drink noticeably stronger and less milky than a caffè latte.

Outside New Zealand, the milk is prepared in a manner more similar to that of a caffè latte; the milk is stretched and texturised but is poured freely rather than the froth being held back with a spoon or knife. This results in a thicker density of milk with more froth. 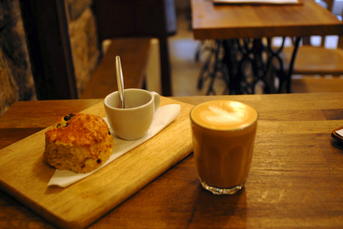 In Australia the drink more closely resembles a caffè latte as it tends to be served with a single shot of coffee, resulting in a weaker and milkier drink.

In the United Kingdom the drink has a similar strength to the New Zealand version. It is made in a small cup (150-160ml), contains two espresso (often ristretto) shots, and is often finished with latte art. The skill needed in preparing ristretto shots and latte art means that it is viewed as somewhat of a speciality product in the UK.

Australian food historian, Michael Symons, claims that the name "flat white", meaning an espresso with milk, originated in Sydney, Australia, in the mid-1980s, in contrast to the terms "short black" and "long black". The style was developed and standardised in Wellington, New Zealand, in the late 1980s. The style was exported to the United Kingdom by expatriates from both New Zealand and Australia in 2005 and by 2010 was being sold in Starbucks franchises in the United Kingdom.

With the post–World War II influx of Italian immigrants to Australia and the introduction of espresso coffee machines in the 1950s, a flat white was requested in Italian cafés where the cappuccino was generally prepared and served. The milk poured was as much for tea as for coffee. The style developed and standardized in the late 1980s is an appropriation of that common term.

Outside of Australia and New Zealand, a cafe offering a flat white was once a sign that it considered itself part of the Third Wave Coffee movement of independent artisanal coffee making. However, with the flat white becoming increasingly well known, many cafes who are not part of the specialty coffee movement are also offering flat whites - for example in the UK, large coffee shop chains such as Starbucks,Costa Coffee, Cafe Nero and Pret a Manger have added flat whites to their menus. 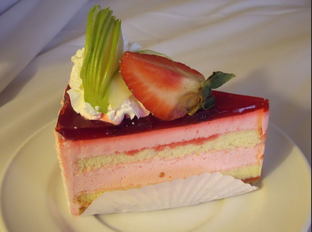 Melbourne International Coffee Expo last Sunday - there are some photos we made with Ned. the coffee making technology is soooo complicated i believe pre-ancient-Egyptian stonemasons would be considered some plastic kindergarten playground compared to contemporary coffee-maniaco-mania-technology. - bad comparison but this is the best i can do... http://internationalcoffeeexpo.com/
BLUEBERRY BLOSSOM TEA
website