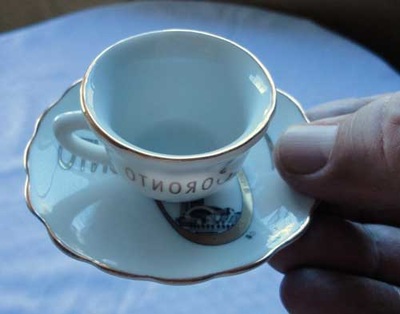 well, and polishing it off I suppose with latte and hot chocolate with salty caramel at LuxBite South Yarra
(as one can imagine Marie-Antoinette mini cakes and rainbow colored macaroons are only for see-food now).
i hope it was an excellent new discovery for Ned as I was promised he will be taking all his clients there from now on.
and as I see a surprise on his caramelized face I am asking: right, Ned?
Pocillo Coffee

A shot or small portion of unsweetened coffee, now usually made either using an espresso machine or a moka pot, but traditionally made using a cloth drip, usually served in cups made for the purpose (called "tazitas de pocillo"). It is widely drunk in Latin America, usually as an afternoon or after-dinner coffee. The defining feature is the size, usually half to a quarter the size of the usual ~8 US fluid ounces (240 ml) coffee cups. There are a number of small-sized drinks that usetazitas de pocillo, including sweetened (such as café cubano and café cortado), but these are usually not called a pocillo; rather, the Spanish diminutive suffix "-ito" is usually added to the name of the drink wanted in a pocillo size cup. For example, a pocillo-sized cortado is usually called a cortadito
COFFEE AT LUXBITE
Displaying page: Good Advice Magazine >> Food and Drinks >> Coffee and Tea
Coffee and Tea other articles:  27  26  25  24 23 22 21 20  19  18  17  16  15  14  13  12  11  10  09  08  07  06  05  04  03  02  01