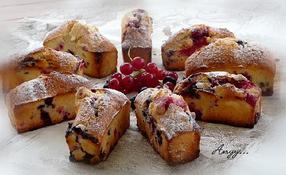 My husband and I, we both love coffee. Usually we go once a week to have a nice cuppa at one of our favorite places. But today I will tell you about a Coffee Museum in St Petersburg.  It is more like a museum and a coffee shop under one roof. The legend tells us that in 850AC one Ethiopian shepherd whose name was Kaldi noticed that his sheep are chewing on some leaves and berries and after doing that they do not want to go to sleep but rather become very happy and active. Kaldi was curious by nature and he decided to try the berries himself. He felt an unusual uplifting energy and he went back to his village from the fields and told the local priest about his discovery. The priest did not take Kaldi's advice for granted but rather started giving berries to his monks to make sure they stay awake and pray all night long. There is a very cute sheep kept in the St Petersburg Coffee museum for visual effect: 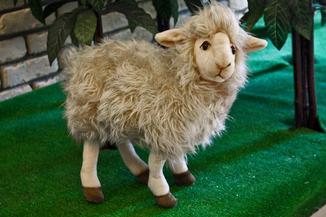 It was the time when grass was greener… and coffee started to spread to the East. Arabs borrowed Ethiopian traditions of making coffee (not the way we know it now). They squashed the berries and mixed them with animal fat and milk. They made small balls out of the mixture and took the tonic when they needed to travel long distances. The balls made their mind clear and alert. The coffee tonic balls were widely used by soldiers too. One day it had to happen though!.. One of the soldiers was sick and tired from the disgusting taste of coffee balls and he dumped them in fire. In one second everyone could feel and smell a charming aroma coming out of the burned coffee balls. So the way of roasted coffee was discovered. 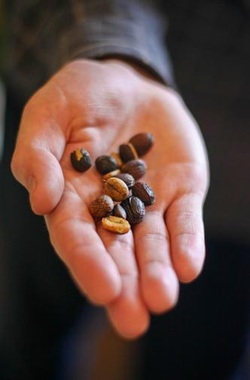 There are three ways to treat raw coffee beans:
1. dry method. The berries get dry under the sun for weeks. The outer shell of the bean gets separated from the soft interior naturally. There is only a thin silver shell left that coves the bean. The bean can stay like this long enough before roasting. The coffee from these beans is not very nice though.
2. wet treatment. the coffee beans stay in water for up to 36 hours. The beans get separated from the shell easily after that. When treated by water coffee beans get a very sophisticated fruity taste and wine aroma. The beans get washed again and they are placed outside for drying.
3. Kopi Luwak coffee method is the most expensive of any known coffee treatments. There is an animal called musanga or luwak that lives in Indonesia. This animal is small and very funny in its behavior. It adores coffee beans like there is no tomorrow. It can eat coffee beans from dawn till night. But its stomach digests only the soft interior of the bean. People collect the animal excrements (beans soaked in stomach juices) and dry them. So the most expensive cup of coffee is made out of poo and costs from $60 to $75 per cuppa! 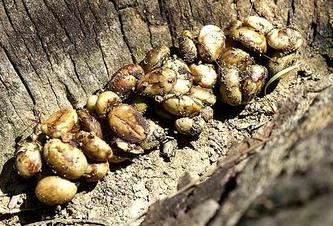 Usually coffee is transported in the sacks The sacks absorb the moisture so the beans do not mold. When coffee appeared in Turkey for the fist time it became very popular. The drink was condemned in 1511 by Islamic religion leaders and it was called African Devil Drink and Black Devil Drink because the people who got drunk on coffee apparently forgot to pray. But the ban was revoked very soon after and coffee became even more popular. 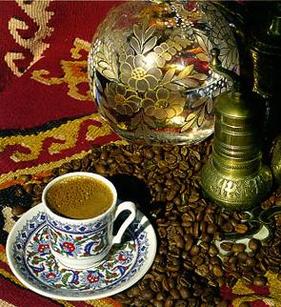 Coffee appeared  in Europe in 1683 together with the sound of cannons so… when Vienna was surrounded by Turks. One Ukrainian trader Yuri-Frantz Kulchitski dressed in Turkish gown and managed to pass by the enemies’ guards and to get help from the united army. He was rewarded by Vienna’s citizens’ love and a title of an honored Vienna’s citizen. He was also given 300 sacks of “trophies”. Kulchitski was a very smart trader and he promoted his “trophies” (coffee) everywhere on Vienna’s street by giving away free samples. Yuri also added milk and sugar to the traditional Turkish recipe so the drink became more “European”. This is how the famous Vienna coffee was invented…and Europe became evilly and forever-ly addicted to it... 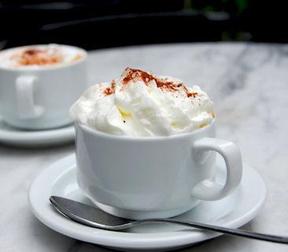 In Europe the coffee trade was controlled by State. It was a monopoly (like everything that brings big money is controlled by the government, not government, but more like those close to it). Beans could be bought from anywhere but for roasting process you had to go to some special state plants with high taxes and high prices. There were even special people with good noses who “sniffed out” illegitimate businesses who roasted the black gold without state permission. In England coffee clubs and coffee houses totally belonged to men; women were not allowed there. There was even "Women petition against coffee" written by abandoned English housewives who were unhappy with their husbands spending days in such places. The petition was totally ignored as at that times  coffee was totally “the latest trend”... 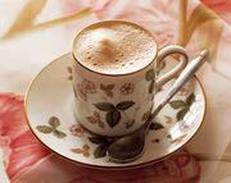 Beethoven adored coffee Appassionato-ly. He had a special equipment to brew it right at home.

In Russia coffee appeared during the times of Tsar Aleksi Mikhailovich whose migraines were treated with coffee remedy. Peter the Great was the one who heavily introduced coffee to all aristocrats in Russia against their will (like everything else). The "sour mud" was not liked by Peter the Great at first but he blindly and stupidly followed what everyone was doing in Europe. Ekaterina The Great (Ekaterina II) made coffee time her daily routine. She also used it as a cosmetic scrub for face and body. 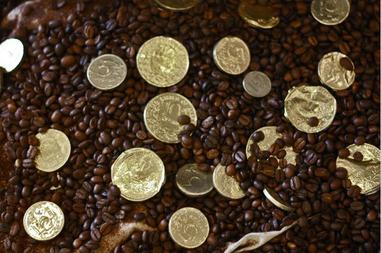 Max Morgentaller, Swiss chemist created instant coffee in 1899. Ludwig Rosemus created coffee with no caffeine in 1905. This discovery happened by accident. The ship that cargoed coffee sacks was hit by a severe storm and all the coffee got soaked in sea water. The ship was very close to sinking – they escaped by pure luck. The owner of the ship was very upset as he thought he lost all his coffee. He took a sample for expertise. Ludwig tested the coffee beans from the ship and told the owner that coffee is fine but there was no caffeine in it. The lucky German patented his discovery in USA soon after. Coffee map: 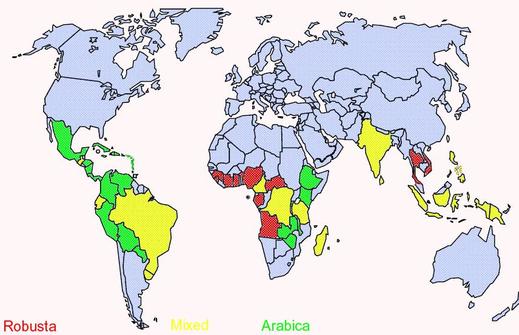