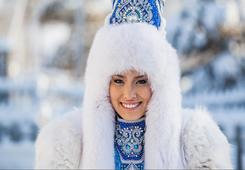 08/02/14
FASHION DESIGNER: Augustina Nikolaevna Filippova
photos: A;exandr Cheban
there might be dress codes you know but do you know that you code your dresses or encode what the embroidery says on your dress... 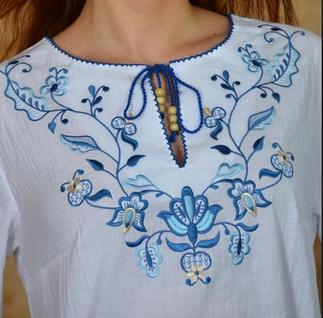 Did you know that Ancient ornaments bear in themselves the witty code and work on an image and similarity of the present computer programs? And the embroidery a dagger suspiciously looks like originally recorded binary code? In regular intervals repeating symbols embroidered on a surface of clothes in certain seats, it gives an absolutely inexplicable power effect. They protect the owner from any and all negative literally. The certain order of embroidered pattern or amulets on Slavic national clothes conform precisely to the basic nerve ganglions, spoken by language of modern medicine.

The embroidered shirt  is not so simply a shirt, it becomes a talisman that carries magical and sacramental value. Modern researches by means of Кirlian effect have shown, that  person  dressed in a shirt or a dress embroidered definitely with amulet patterns increases his bio-magnetic field by tens of times in his power.

Slavic embroidered amulets is a bloodstream of common wisdom and life experience of our ancestors, passed by ”word of mouth” from generation to generation until it reached our times to make sure we live in harmony and are well protected. Those amulets called by Slavic people ”oberegi” are used in clothes and home interior.

Scientists have found, that when we are wearing artificial fabric on our human  bodies, our cells start to multiplying in chaos and randomly which causes various diseases to flourish. Therefore, in ancient times people used natural fibres to create clothes and the most ancient of all is Linen. Scientists have detected linen fibres which count 30000 years old. Commonly believed that linen fabric with Obegeri treats both our body and soul.

Exclusive Collection of linen garments with manual embroidery called “Oberegi” created by skilled artists at Bereginia Workshop, living in settlement of patrimonial estates “Ring –mountain” in Belarus, will be presented at Bohemian Rhapsody Club at coming event in March. For the past  8 years they equip the estates, aspiring to create around for themselves and generations to come an eco-space and help our Mother Nature.
Creative Workshop Bereginia named after old Slavic transcription of word ”To protect” which in Slavic culture is Mother Lada-mother of all, goddess of fertility, nature and goods which protects happy family life. Use of natural linen clothes with talisman type of embroidery is the contribution of skilled artists to the ancient national Slavic culture, helping it to sink into oblivion and to introduce in promptly changing world a little bit of alive tradition. 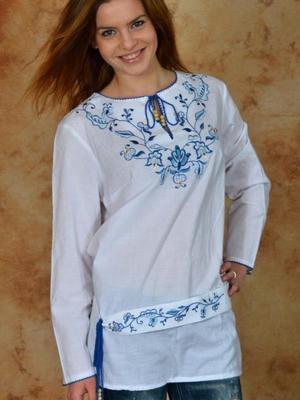 EGYPTIAN SCARAB and more
In ancient Egyptian religion the sun god, Ra rolled across the sky each day and transforms bodies and souls. Beetles of the Scarabaeidae family (dung beetle ) roll dung into a ball as food and as a brood chamber in which to lay eggs that are later transformed into larva. For these reasons the scarab was seen as a symbol of this heavenly cycle and of the idea or rebirth or regeneration. The Egyptian godKhepri, Ra as the rising sun, was often depicted as a scarab beetle or as a scarab beetle-headed man. The ancient Egyptians believed that Khepri renewed the sun every day before rolling it above the horizon, then carried it through the other world after sunset, only to renew it, again, the next day. A golden scarab, of the monotheistic Nefertiti was discovered in the Uluburun wreck.

Almost Clear Crystal that was blessed three times by Brazilian healer Jao De Deus
I can not believe it came back to me from year 2000 when Andrei was there for the first time.

Masha's special present: earrings with a mandala pattern: silver with blue topaz
The mandala geometrical pattern symbolises progression towards a spiritual centre. The Sanskrit meaning of Mandala is circle and the outer shape of the mandala generally takes this form