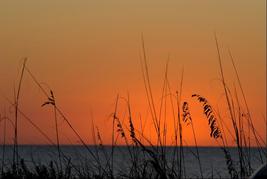 I thought we should talk today about history of fashion and I decided to share with you these absolutely shocking facts...

A popular accessory item for noble ladies of the 1500's, a zibellini (also known as "flea fur") is the perfect finishing touch to any Renaissance clothing ensemble.

It has been stated that these flea furs were possibly believed to draw fleas and other troublesome biting insects to the fur itself, rather than to a person's body. They may have been used as a primitive form of muff, or they may have simply been popular as something to hold onto that also served as a display of one's wealth and social status.

The mink's eyes were often inset with jewels, and their heads and feet adorned with gold and more jewels. 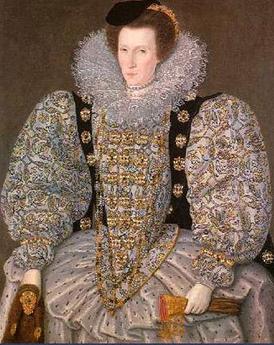 In baroque times the flea traps looked like small jewelery boxes with holes that aristocrats wore around their necks to catch fleas. Baths were considered insane and unhealthy so fleas were everywhere and flea trap was past of accessory and part of fashion. Water access was expensive and washing was a real luxury sometimes not even affordable by rich. To cover the body odor perfumes were utilised quite extensively. People washed hands and faces, sometimes necks the other body parts were just wiped with wet cloth. Fleas were common and accepted by the society. More to that fleas were exciting and were part of certain entertainment. 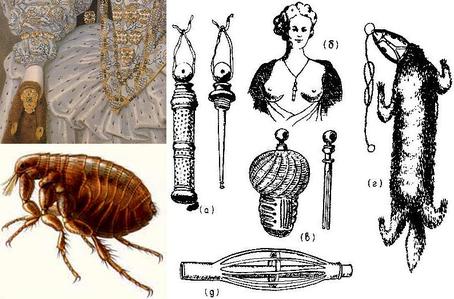 It was in fashion to keep as a souveneir in a form of a flea caught on your dame's body. The flea was kept in a special box on man's body so it could suck the blood from a "happy" lover who scored with his dame. This piece of "jewelery" was like a door-code to be accepted by very doubtful companies. When such flea died her owner would go on another adventure to catch another one

In order to keep their hair up women used sheep fat. It attracted fleas. Flea traps usually would be made out of ivory and would have a ring so they could be easily hanged under the evening gowns. A flea trap is usually 5-6 cm long. Hot bamboo or ivory hollow tubes were placed in bed in China. Tics, fleas and other parasites would crawl inside attracted by the heat and they they would be thrown in boiling water. The fleas would be attracted also by pieces of cloth dipped in wax, holey and blood. The insects would get stuck in the tubes. Such traps would be worn under the dresses, hidden in the hair or in the wig. No woman respecting herself would appear in public with out a flea trap hidden in her fashionable outfit.
"Flea fur" was used in the Medieval times. Sable was very much in fashion because of its thin fur that fleas adored. The most expensive furs were decorated with gold and dear jewels. There are more than 30 women that appear in famous art pieces that hold such animals. Such accessory also became fashionable in 19th century. There was not connection to insects at this time though.
In the 16th century the fashion on fur changed and women started to hold live animals with them including small dogs. Such animals were live traps for insects. Small animals body temperature is a bit higher than humans' body temperature so fleas were attracted to small animals more than humans. Animals scratched themselves while women had good time without being annoyed by fleas.
Flea traps disappeared because of growth of hygiene level when public baths slowly weekly routines were changed to a daily use of own bath tabs and showers.

This is a story with an example how fashion sometimes blindly follows the very common and not very pleasant nesseseties...