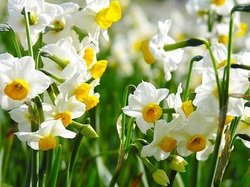 I found this article today on SW's pages. Please educate yourself as knowledge is power...

An ocean of liquidity and institutionalized fraud alone keep dysfunctional economies from imploding.Conditions look increasingly grim. Political solutions resolve nothing. On July 20, Der Spiegel headlined “Merkel Is Driving Europe into the Abyss.” It quoted the Financial daily Handelsblatt saying: “German Chancellor Angela Merkel has managed once again to get a parliamentary majority. But who cares? No one.”

“Regardless of whether the vote passes with or without the opposition, more questions than answers remain. Since the financial crisis began two years ago, euro-zone leaders have passed one aid package after the next, increasing Germany’s liability. Little has come of it. The situation in the debt-ridden countries has not improved.”

“It’s no wonder that Germans are asking why they should have to bail out banks with their hard-earned money when these institutions have only wasted and squandered everything.”

The Frankfurter Allgemeine Zeitung complained about one bailout after another. Today Spain and soon Italy it said. How long will German taxpayers put up with “pay(ing) for the faulty speculation of banks?”

Suddeutsche Zeitung called social peace in Spain “fragile.” People are outraged for good reason. “There isn’t a single institution of public life that hasn’t been hit by a major crisis of confidence.” Hope is now a rare commodity.

Die Tageszeitung said Eurozone leaders have no one to blame but themselves.

Greece represents the epicenter of failure. Prime Minister Anotonis Damaris says his country is in Depression. It matches the worst of the 1930s.

One analyst invoked the cockroach theory. He said Greece’s departure means others will follow. Economic/financial trouble is contagious. It’s a European disease. It affects America and other regions. It’s global. Conditions are getting worse, not better.

A confidence crisis is deepening. Normura’s Jens Nordvig said “disorderly” moves in Spanish bonds suggest Madrid is “about to lose market access.” Like Greece, it’s collapsing. Analysts expect Italy to be next.

At the same time, the euro hit a two-year against the dollar. Signs show it going lower. Severe structural weakness defines Europe. At some point, policy makers will exhaust rabbits. They buy time, nothing else.

Greece stumbles along one bailout at a time. The end of the road approaches. On July 26, Greek Finance Minister Yannis Stournaras faces a deadline to give Troika leaders details on his latest austerity package.

If rejected, civil servants don’t get paid. What remains of pensions won’t be funded. Other budget priorities will be left hanging. On July 20, the ECB said Greek government debt no longer is acceptable collateral for low-cost loans.

Conditions in Spain keep worsening. Valencia and other troubled regions say they need bailout help. At issue, of course, is who’ll provide it. The European Financial Stability Facility (EFSF) is exhausting resources and maneuvering room.

Debt holders may have to take haircuts. Default whispers are heard. An IMF report suggested the unthinkable. It’s losing confidence in the Eurozone experiment. It was an idea doomed to fail. Breaking up is hard but inevitable.

Months ago, the late Bob Chapman said Germany was printing Deutsche Marks and France francs in preparation. Perhaps other Eurozone countries are doing the same thing.

A record 46 million Americans get food stamps. Over the past four years, on average 400,000 per month enrolled. Others need them but aren’t eligible.

At least another trillion in sequestered government spending is also scheduled. Expect trillions more announced in the new year no matter which party controls Congress and/or the White House.

Smart money predicts hard times getting harder. Conditions for most people already are disastrous. Imagine what they’ll face next year and beyond.

(1) the negative relationship between “real asset investments” and speculation.

(3) “the critical causal interdependencies between forms of debt and income.”

They also last longer and are harder to resolve. They’re less responsive to traditional remedies. Recovery is tougher to achieve. It’s impossible when bad policies compound earlier ones.

“Contrary to mainstream economics, there is no such thing as a single price system responding predictably to supply and demand” to return equilibrium conditions. Current policy measures aren’t improving things. They’re worsening them.

They’re not helped by a financial system based on fraud. Addressing the Libor scandal, Paul Craig Roberts said the Fed and Bank of England fix interest rates “at historic low levels (to) mask the insolvency” of major banks.

As a result, Libor rigging is permitted to prop up a system that might go bust without it. Imagine needing fraud to keep operating. It hardly matters what harm it causes.

Libor is only one part of “the interest rate rigging scandal,” explained Roberts. The Fed rigs rates. How else could debt issuances yield negative returns in terms of inflation.

How long can “negative interest rates continue while debt explodes upward?” Avoiding “armageddon” should be prioritized.

Like terrorist threats used to destroy freedoms, financial crisis conditions have the Fed operating “far outside its charter and normal….behavior.”

What’s ongoing is “irresponsible and thoughtless,” says Roberts. Years of financialization, deregulation, and manipulation “caused a financial crisis” only fraud can manage.

Imagine economies sustained only by grand theft. Imagine discarding most in it so privileged few prosper. Imagine an unholy government/business alliance that profits by doing harm.

Imagine media scoundrels ignoring it. Imagine an eventual day of reckoning. All Ponzi schemes collapse. Some go on interminably before imploding. This one long ago outlived its normal lifespan.

Fraudsters “tell us that the issue of paper money is a function of the bank and that the government ought to go out of the banking business.”

“I stand with Jefferson (and say) as he did, that the issue of money is a function of the government and that the banks should go out of the governing business.”

(W)hen we have restored the money of the Constitution, all other necessary reforms will be possible, and….until that is done there is no reform that can be accomplished.”

He ran for president three times – in 1896, 1900 and 1908. He endorsed the Spanish-American War but opposed subsequent imperialism. In 1896, he supported bimetallism (free silver). He believed it would bring prosperity. He opposed the gold standard.

His Cross of Gold speech said “you shall not crucify mankind upon a cross of gold.” It’s one of history’s most famous. It got him the Democrat party’s presidential nomination.

Republican William McKinley defeated him. Big business supported him. Imagine what a Bryan presidency might have meant. Perhaps money power would have returned to people where it belongs.

It can now if they sustain struggle for rights constitutionally theirs. It’s the law. It’s time it was enforced and upheld.

Stephen Lendman lives in Chicago and can be reached at lendmanstephen@sbcglobal.net.

They and most Jews chafe under neoliberal harshness. Instead of improving conditions, they’re worsening.

Malcolm X once said “I see America through the eyes of the victim. I don’t see any American dream – I see an American nightmare.”

Stephen Lendman lives in Chicago and can be reached at lendmanstephen@sbcglobal.net.