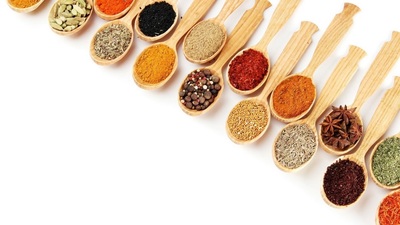 History
Turmeric is native to Indonesia and southern India, where it has been harvested for more than 5,000 years. It has served an important role in many traditional cultures throughout the East, including being a revered member of the Ayurvedic pharmacopeia. While Arab traders introduced it into Europe in the 13th century, it has only recently become popular in Western cultures. Much of its recent popularity is owed to the recent research that has highlighted its therapeutic properties. The leading commercial producers of turmeric include India, Indonesia, China, the Philippines, Taiwan, Haiti and Jamaica. 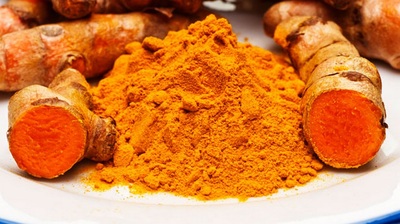 Tips for Preparing and Cooking
Tips for Preparing Turmeric
Be careful when using turmeric since its deep color can easily stain. To avoid a lasting stain, quickly wash any area with which it has made contact with soap and water. To prevent staining your hands, you might consider wearing kitchen gloves while handling turmeric.

If you are able to find turmeric rhizomes in the grocery store, you can make your own fresh turmeric powder by boiling, drying and then grinding it into a fine consistency. 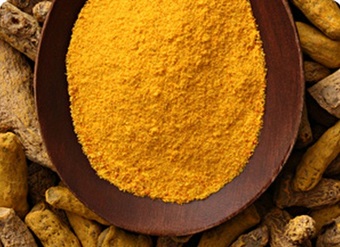 How to Enjoy
A Few Quick Serving Ideas
Add turmeric to egg salad to give it an even bolder yellow color.
Mix brown rice with raisins and cashews and season with turmeric, cumin and coriander.
Although turmeric is generally a staple ingredient in curry powder, some people like to add a little extra of this spice when preparing curries. And turmeric doesn't have to only be used in curries. This spice is delicious on healthy sautéed apples, and healthy steamed cauliflower and/or green beans and onions. Or, for a creamy, flavor-rich, low-calorie dip, try mixing some turmeric and dried onion with a little omega-3-rich mayonnaise, salt and pepper. Serve with raw cauliflower, celery, sweet pepper, jicama and broccoli florets.
Turmeric is a great spice to complement recipes that feature lentils.
Give salad dressings an orange-yellow hue by adding some turmeric powder to them.
For an especially delicious way to add more turmeric to your healthy way of eating, cut cauliflower florets in half and healthy sauté with a generous spoonful of turmeric for 5 minutes. Remove from the heat and toss with olive oil, salt and pepper to taste. 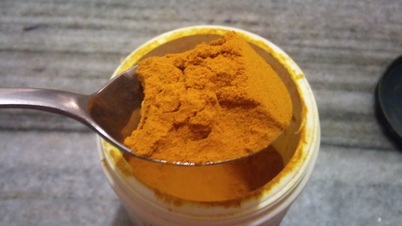 Description
Turmeric was traditionally called Indian saffron since its deep yellow-orange color is similar to that of the prized saffron. It has been used throughout history as a condiment, healing remedy and textile dye.

Turmeric comes from the root of the Curcuma longa plant and has a tough brown skin and a deep orange flesh. This herb has a very interesting taste and aroma. Its flavor is peppery, warm and bitter while its fragrance is mild yet slightly reminiscent of orange and ginger, to which it is related. 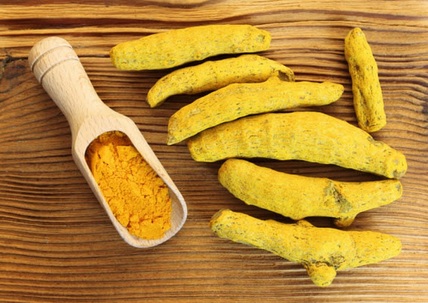 Turmeric has a peppery, warm and bitter flavor and a mild fragrance slightly reminiscent of orange and ginger, and while it is best known as one of the ingredients used to make curry, it also gives ballpark mustard its bright yellow color.

Turmeric comes from the root of the Curcuma longa plant and has a tough brown skin and a deep orange flesh. Turmeric has long been used as a powerful anti-inflammatory in both the Chinese and Indian systems of medicine. Turmeric was traditionally called "Indian saffron" because of its deep yellow-orange color and has been used throughout history as a condiment, healing remedy and textile dye. 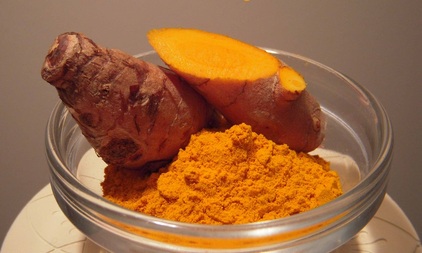 Health Benefits
Turmeric (Curcuma longa), the bright yellow of the spice rainbow, is a powerful medicine that has long been used in the Chinese and Indian systems of medicine as an anti-inflammatory agent to treat a wide variety of conditions, including flatulence, jaundice, menstrual difficulties, bloody urine, hemorrhage, toothache, bruises, chest pain, and colic. 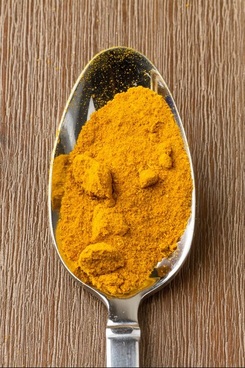 If you're cooking a curry this evening, you might want to sprinkle in some extra turmeric. Research is showing what countries such as India and Sri Lanka have long known - that this yellow spice has more benefits than boosting food flavour. Used for more than 4000 years to treat a variety of ailments, curcumin - the active ingredient in turmeric - could potentially ward off dementia and prevent cancer.

According to the World Alzheimer's Report 2009, 3.6 per cent of South Asians over the age of 60 suffer from dementia, compared with 6.4 per cent of Australasians and 7.2 per cent of Western Europeans. Similarly, the World Health Organization says that cancer rates in India are considerably lower than those in more developed countries such as the US.

But is it turmeric that's having this effect? Cancer researcher Ralph W. Moss believes so. He says turmeric is a natural anti-inflammatory, it inhibits the growth of new blood vessels in tumours and it's a powerfulantioxidant.But before you start gulping it by the spoonful, Aloysa Hourigan, Nutrition Australia senior nutritionist, says it's not that simple. "Curcumin is just one antioxidant, and it might have some function, but I don't think there's one super thing that's going to fix everything.

Also, a lot of the studies have been done on animals and test tubes, so from a western medicine point of view the evidence is not strong enough. But it's been used in Chinese and Indian medicine for a long time, so it may well have some benefit." While more testing is needed, here are seven potential health reasons to start sprinkling away.

1. Wards off Alzheimer's diseaseResearchers believe that curcumin's antioxidant and anti-inflammatory properties may be strong enough to break down the amyloid plaques in the brain that contribute to Alzheimer's disease. "If the blood vessels remain less clogged, then certain parts of the brain might be fed more easily with oxygen and that would keep the brain functioning better," explains Hourigan. The Alzheimer's Disease Research Center at the University of California is currently planning clinical human trials.

2. Helps to prevent cancerIn his book, The 150 Healthiest Foods On Earth (Fair Winds), nutritionist Jonny Bowden says there are at least 30 studies showing that curcumin may have an anti-tumour effect, "either reducing the number or size of tumours or the percentage of animals who developed them".

While more human research is needed, he points to a 2006 study showing that curcumin inhibited the growth of human colon cancer. A New Jersey study found that, when combined with vegetables such as broccoli and cauliflower, it may help treat and prevent prostate cancer.

There are also indications that it may help to prevent breast, skin and pancreatic cancer, childhood leukaemia and multiple myeloma. "While no-one is claiming that turmeric cures cancer, there is plenty of reason to believe it is a useful adjunct to a healthy diet," says Bowden.

One study, using a formula which contained turmeric, showed it reduced the pain and disability associated with osteoarthritis, but it hasn't been studied on its own yet.

5.Fights colds and fluPreliminary studies show that turmeric may help reduce the severity of bacterial and viral infections.

6. Helps indigestion and weight lossCurcumin stimulates the gallbladder and produces bile. Because bile helps digest fat, experts believe this improves digestion and may help control weight. At least one study found it treats indigestion, reducing symptoms of bloating and gas.

7. Assists diabetes sufferersTurmeric may improve glucose control or insulin activity; in animal research it was shown to cause blood sugar levels to drop. If you add turmeric to your diet, Hourigan suggests monitoring your blood sugars. When combined with diabetes medication, it may cause levels to drop too low, resulting in hypoglycaemia.

How do i take it?Nutrition Australia says turmeric can easily be added to your diet. "We encourage people to use a range of herbs and spices as they're good sources of antioxidants, which may have protective effects for health," says Hourigan.Turmeric's roots and bulbs are generally boiled and dried to form powder. You can also grate it like ginger or take a supplement (powdered capsules, fluid extract or drops). Adults can take about one to three grams of the dried powdered root per day.