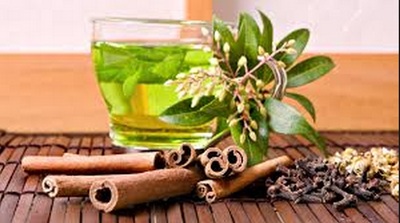 05/12/14 articles prepared by Natasha M
FOR THE LOVE OF CINNAMON
source
Health Benefits
Cinnamon's unique healing abilities come from three basic types of components in the essential oils found in its bark. These oils contain active components called cinnamaldehyde, cinnamyl acetate, and cinnamyl alcohol, plus a wide range of other volatile substances.

Anti-Clotting Actions
Cinnamaldehyde (also called cinnamic aldehyde) has been well-researched for its effects on blood platelets. Platelets are constituents of blood that are meant to clump together under emergency circumstances (like physical injury) as a way to stop bleeding, but under normal circumstances, they can make blood flow inadequate if they clump together too much. The cinnaldehyde in cinnamon helps prevent unwanted clumping of blood platelets. (The way it accomplishes this health-protective act is by inhibiting the release of an inflammatory fatty acid calledarachidonic acid from platelet membranes and reducing the formation of an inflammatory messaging molecule called thromboxane A2.) Cinnamon's ability to lower the release of arachidonic acid from cell membranes also puts it in the category of an "anti-inflammatory" food that can be helpful in lessening inflammation.

Anti-Microbial Activity
Cinnamon's essential oils also qualify it as an "anti-microbial" food, and cinnamon has been studied for its ability to help stop the growth of bacteria as well as fungi, including the commonly problematic yeast Candida. In laboratory tests, growth of yeasts that were resistant to the commonly used anti-fungal medication fluconazole was often (though not always) stopped by cinnamon extracts.

Cinnamon's antimicrobial properties are so effective that recent research demonstrates this spice can be used as an alternative to traditional food preservatives. In a study, published in the August 2003 issue of the International Journal of Food Microbiology, the addition of just a few drops of cinnamon essential oil to 100 ml (approximately 3 ounces) of carrot broth, which was then refrigerated, inhibited the growth of the foodborne pathogenic Bacillus cereus for at least 60 days. When the broth was refrigerated without the addition of cinnamon oil, the pathogenic B. cereus flourished despite the cold temperature. In addition, researchers noted that the addition of cinnamon not only acted as an effective preservative but improved the flavor of the broth. 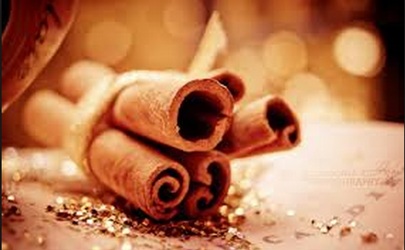 Research led by Dr. P. Zoladz and presented April 24, 2004, at the annual meeting of the Association for Chemoreception Sciences, in Sarasota, FL, found that chewing cinnamon flavored gum or just smelling cinnamon enhanced study participants' cognitive processing. Specifically, cinnamon improved participants' scores on tasks related to attentional processes, virtual recognition memory, working memory, and visual-motor speed while working on a computer-based program. Participants were exposed to four odorant conditions: no odor, peppermint odor, jasmine, and cinnamon, with cinnamon emerging the clear winner in producing positive effects on brain function. Encouraged by the results of these studies, researchers will be evaluating cinnamon''s potential for enhancing cognition in the elderly, individuals with test-anxiety, and possibly even patients with diseases that lead to cognitive decline.

Calcium and Fiber Improve Colon
Health and Protect Against Heart DiseaseIn addition to its unique essential oils, cinnamon is an excellent source of fiber and the trace mineral manganese while also a very good source of calcium. The combination of calcium and fiber in cinnamon is important and can be helpful for the prevention of several different conditions. Both calcium and fiber can bind to bile salts and help remove them from the body. By removing bile, fiber helps to prevent the damage that certain bile salts can cause to colon cells, thereby reducing the risk of colon cancer. In addition, when bile is removed by fiber, the body must break down cholesterol in order to make new bile. This process can help to lower high cholesterol levels, which can be helpful in preventing atherosclerosis and heart disease. For sufferers of irritable bowel syndrome, the fiber in cinnamon may also provide relief from constipation or diarrhea. 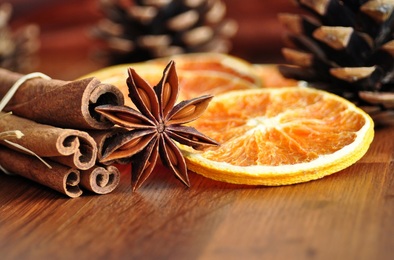 A Traditional Warming
RemedyIn addition to the active components in its essential oils and its nutrient composition, cinnamon has also been valued in energy-based medical systems, such as Traditional Chinese Medicine, for its warming qualities. In these traditions, cinnamon has been used to provide relief when faced with the onset of a cold or flu, especially when mixed in a tea with some fresh ginger.

Description
Cinnamon is the brown bark of the cinnamon tree, which when dried, rolls into a tubular form known as a quill. Cinnamon is available in either its whole quill form (cinnamon sticks) or as ground powder.

While there are approximately one hundred varieties of Cinnamonum verum (the scientific name for cinnamon),Cinnamonum zeylanicum (Ceylon cinnamon) and Cinnamomun aromaticum (Chinese cinnamon) are the leading varieties consumed. Ceylon cinnamon is also referred to as "true cinnamon", while the Chinese variety is known as "cassia". While both are relatively similar in characteristics and both feature a fragrant, sweet and warm taste, the flavor of the Ceylon variety is more refined and subtle. Ceylon cinnamon is more rare in North America than the cassia, the less expensive variety, which is the most popular in the United States. For more on the differences between the cinnamons, see here.

History
Cinnamon is one of the oldest spices known. It was mentioned in the Bible and was used in ancient Egypt not only as a beverage flavoring and medicine, but also as an embalming agent. It was so highly treasured that it was considered more precious than gold. Around this time, cinnamon also received much attention in China, which is reflected in its mention in one of the earliest books on Chinese botanical medicine, dated around 2,700 B.C. 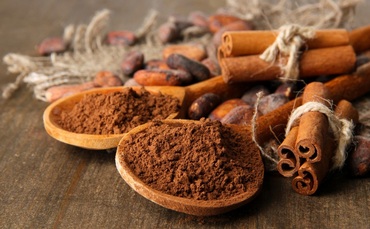 Cinnamon's popularity continued throughout history. It became one of the most relied upon spices in Medieval Europe. Due to its demand, cinnamon became one of the first commodities traded regularly between the Near East and Europe. Ceylon cinnamon is produced in Sri Lanka, India, Madagascar, Brazil and the Caribbean, while cassia is mainly produced in China, Vietnam and Indonesia.

How to Select and Store
Cinnamon is available in either stick or powder form. While the sticks can be stored for longer, the ground powder has a stronger flavor. If possible, smell the cinnamon to make sure that it has a sweet smell, a characteristic reflecting that it is fresh.

Oftentimes, both Ceylon cinnamon and Chinese cinnamon (cassia) are labeled as cinnamon. If you want to find the sweeter, more refined tasting Ceylon variety, you may need to shop in either a local spice store or ethnic market since this variety is generally less available. Just like with other dried spices, try to select organically grown cinnamon since this will give you more assurance that it has not been irradiated (among other potential adverse effects, irradiating cinnamon may lead to a significant decrease in its vitamin C and carotenoid content.)

Cinnamon should be kept in a tightly sealed glass container in a cool, dark and dry place. Ground cinnamon will keep for about six months, while cinnamon sticks will stay fresh for about one year stored this way. Alternatively, you can extend their shelf life by storing them in the refrigerator. To check to see if it is still fresh, smell the cinnamon. If it does not smell sweet, it is no longer fresh and should be discarded. 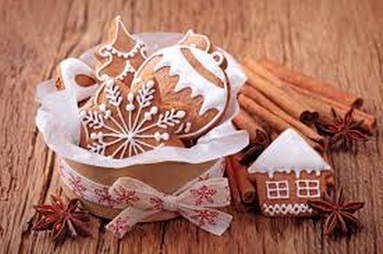 How to EnjoyA Few Quick Serving IdeasFor some of our favorite recipes, click Recipes.

Individual ConcernsCinnamon is not a commonly allergenic food and is not known to contain measurable amounts of oxalates or purines. While the level of naturally occurring coumarins in Ceylon cinnamon appears to be very small and lower than the amount that could cause health risks, the level of naturally occurring coumarins in the cassia cinnamons appears to be higher and may pose a risk to some individuals if consumed in substantial amounts on a regular basis. For more, see here.

Nutritional ProfileCinnamon is an excellent source of manganese and fiber and a very good source of calcium.