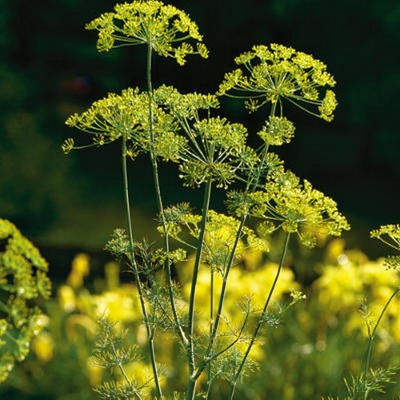 I can not recall one Russian dish that does not use dill as an ingredient or for decoration...
Providing a tangy addition to pickles, salad dressing and fish dishes, fresh dill is available at markets during the summer and early fall while dried dill is available throughout the year.

Dill is native to southern Russia, western Africa and the Mediterranean region. The seeds are stronger and more flavorful than the leaves and are most commonly associated with the cuisines of Scandinavia and Germany. Its green leaves are wispy and fernlike and have a soft, sweet taste.

Protection Against Free Radicals and CarcinogensThe monoterpene components of dill have been shown to activate the enzyme glutathione-S-transferase, which helps attach the anti-oxidant molecule glutathione to oxidized molecules that would otherwise do damage in the body. The activity of dill's volatile oils qualify it as a "chemoprotective" food (much like parsley) that can help neutralize particular types of carcinogens, such as the benzopyrenes that are part of cigarette smoke, charcoal grill smoke, and the smoke produced by trash incinerators.

An Anti-Bacterial SpiceThe total volatile oil portion of dill has also been studied for its ability to prevent bacterial overgrowth. In this respect, dill shares the stage with garlic, which has also been shown to have "bacteriostatic" or bacteria-regulating effects. 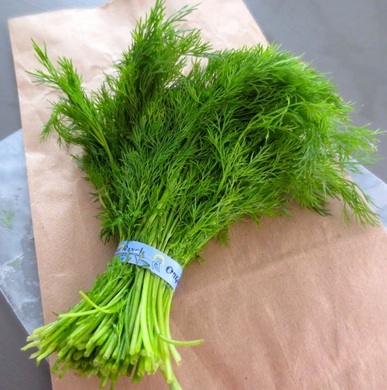 Description
Dill is a unique plant in that both its leaves and seeds are used as a seasoning. Dill's green leaves are wispy and fernlike and have a soft, sweet taste. Dried dill seeds are light brown in color and oval in shape, featuring one flat side and one convex ridged side. The seeds are similar in taste to caraway, featuring a flavor that is aromatic, sweet and citrusy, but also slightly bitter.

Dill's name comes from the old Norse word dilla which means "to lull." This name reflects dill's traditional uses as both a carminative stomach soother and an insomnia reliever.

Dill is scientifically known as Anethum graveolens and is part of the Umbelliferae family, whose other members include parsley, cumin and bay.

History
Dill is native to southern Russia, western Africa and the Mediterranean region. It has been used for its culinary and medicinal properties for millennia. Dill was mentioned both in the Bible and in ancient Egyptian writings. It was popular in the ancient Greek and Roman cultures, where it was considered a sign of wealth and was revered for its many healing properties. Dill was used by Hippocrates, the father of medicine, in a recipe for cleaning the mouth. Ancient soldiers would apply burnt dill seeds to their wounds to promote healing.

The curative properties of dill have been honored throughout history. The Conqueror Charlemagne even made it available on his banquet tables, so his guests who indulged too much could benefit from its carminative properties. Today, dill is a noted herb in the cuisines of Scandinavia, Central Europe, North Africa and the Russian Federation.

How to Select and StoreWhenever possible, choose fresh dillweed over the dried form of the herb since it is superior in its delicate fragrant flavor. The leaves of fresh dill should look feathery and green in color. Dill leaves that are a little wilted are still acceptable since they usually droop very quickly after being picked. 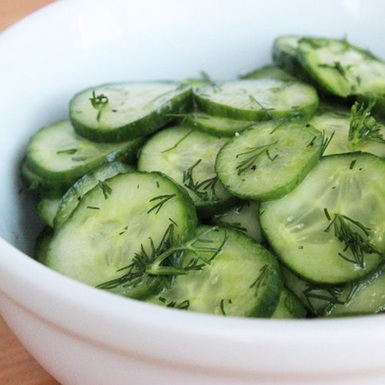 Even through dried herbs and spices are widely available in supermarkets, explore the local spice and ethnic stores in your area. Oftentimes, these stores feature an expansive selection of dried herbs and spices that are of superior quality and freshness compared to those offered in regular markets. Just like with other dried herbs, try to select organically grown dill seeds since this will give you more assurance that the spice has not been irradiated.

Fresh dill should always be stored in the refrigerator either wrapped in a damp paper towel or with its stems placed in a container of water. Since it is very fragile, even if stored properly, dill will only keep fresh for about two days. Dill can be frozen, either whole or chopped, in airtight containers. Alternatively, you can freeze the dill leaves in ice cube trays covered with water or stock that can be added when preparing soups or stews.

Dried dill seeds should be stored in a tightly sealed glass container in a cool, dry and dark place where they will keep fresh for about six months.