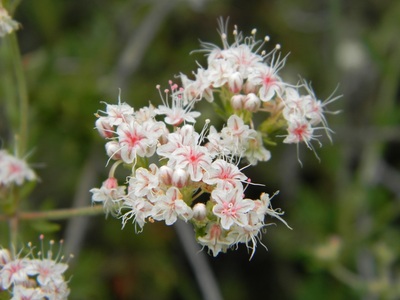 my breakfast lunch and dinner
I WILL NEVER REMEMBER THAT BUCKWHEAT IS A FRUIT
source
While many people think that buckwheat is a cereal grain, it is actually a fruit seed that is related to rhubarb and sorrel. (We classify it as a grain on our website because it categorized as such from a culinary perspective.) Common and tartary buckwheat are the varieties that are popular in the United States. Its name is supposedly derived from the Dutch word bockweit, which means "beech wheat," reflecting buckwheat's beechnut-like shape and its wheat-like characteristics. Buckwheat flowers are very fragrant and are attractive to bees that use them to produce a special, strongly flavored, dark honey.

While buckwheat is of similar size to wheat kernels, it features a unique triangular shape. In order to be edible, the outer hull must be removed, a process that requires special milling equipment due to its unusual shape. Buckwheat is sold either unroasted or roasted, the latter oftentimes called "kasha," from which a traditional European dish is made. Unroasted buckwheat has a soft, subtle flavor, while roasted buckwheat has more of an earthy, nutty taste. Its color ranges from tannish-pink to brown. Buckwheat is often served as a rice alternative or porridge.

Buckwheat is also ground into flour, available in either light or dark forms, with the darker variety being more nutritious. Since buckwheat does not contain gluten, it is often mixed with some type of gluten-containing flour (such as wheat) for baking. In the United States, buckwheat flour is often used to make buckwheat pancakes, a real delight, especially for those allergic to wheat.

HistoryBuckwheat is native to Northern Europe as well as Asia. From the 10th through the 13th century, it was widely cultivated in China. From there, it spread to Europe and Russia in the 14th and 15th centuries, and was introduced in the United States by the Dutch during the 17th century.

Buckwheat is widely produced in Russia and Poland, where it plays an important role in their traditional cuisines. Other countries where buckwheat is cultivated commercially include the United States, Canada, and France, the country famous for its buckwheat crepes. 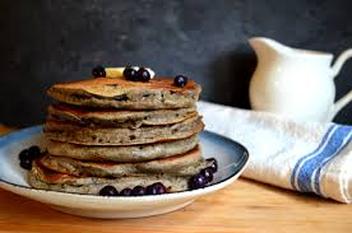 How to Select and StoreJust as with any other food that you may purchase in the bulk section, make sure that the bins containing the buckwheat are covered and that the store has a good product turnover to ensure its maximal freshness. Whether purchasing buckwheat in bulk or in a packaged container, make sure there is no evidence of moisture.

Place buckwheat in an airtight container and store in a cool dry place. Buckwheat flour should be always stored in the refrigerator, while other buckwheat products should be kept refrigerated if you live in a warm climate or during periods of warmer weather. Stored properly, whole buckwheat can last up to one year, while the flour will keep fresh for several months.

Tips for Preparing and CookingTips for Preparing BuckwheatLike all grains, buckwheat should be rinsed thoroughly under running water before cooking, and any dirt or debris should be removed. After rinsing, add one part buckwheat to two parts boiling water or broth. After the liquid has returned to a boil, turn down the heat, cover and simmer for about 30 minutes. 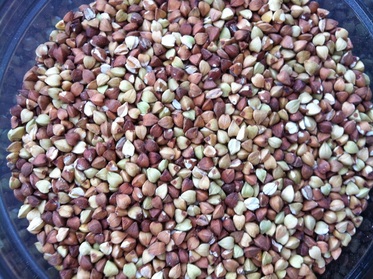 Individual ConcernsBuckwheat can be safely eaten by people who have celiac disease as it does not contain gluten. Buckwheat can be a good substitute for wheat, oats, rye and barley in a gluten-free diet.

Nutritional ProfileBuckwheat is a very good source of manganese and a good source of copper, magnesium, ,dietary fiber, and phosphorus. Buckwheat contains two flavonoids with significant health-promoting actions: rutin and quercitin. The protein in buckwheat is a high quality protein, containing all eight essential amino acids, including lysine. 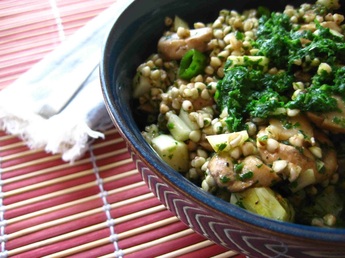