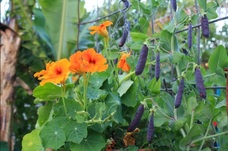 04/07/14 prepared by Natasha M
anyone who runs gardening blog would not miss these books  Ringing Cedars Of Russia﻿ about life principles that Anastasia is living and teaching not only when you touch the soil to grow your own vegetables and fruit, but anything in life... You will meet purest, happiest, most knowledgeable, mysterious and powerful woman alive today... the book that was sold out in 20 countries around the world making it 11mln copies without any adverting - just a word of mouth will certainly will be a mind-blowing experience for you... I am publishing today a small paragraph (like a review) of one american author who discovered these books recently:

CALL OF THE RINGING CEDARS
source

On Russia’s religious development will come the greater hope of the world.”
–Edgar Cayce

Sitting in the Sacramento Greyhound Bus Station, flipping through the Bay Area Alternative Weekly, I turned the page to see a wild woman of the woods, quite the stunning image, centered in an advertisement for The Ringing Cedars of Russia, a series of books. The series, it said, had sold over ten million copies in Russia alone, and was inspiring a massive movement in earth consciousness there. Russians are leaving the cities to live in garden communities, to raise their children in Nature. Five of the books had been translated in to English, and I was being invited to discover the story that was inspiring millions of people to co-create a “Paradise on Earth.”

I had arrived in Sacramento having just finished a month of mineral springs, meditation, and mountain meanderings in Mount Shasta. After mixing cob that summer in the gardens of Northern California, and next headed to a Hawaii Permaculture Farm for a lush and lively winter, The Ringing Cedars Series had this Nature Boy’s full attention. I ordered a copy of Anastasia, the first book in the collection, and the name of the beautiful Forest Lady who had caught my eye 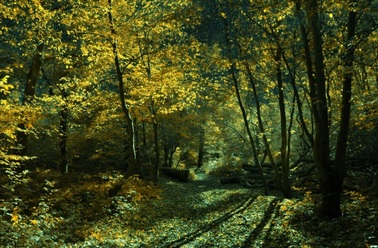 Vladimir Megre, a Siberian entrepreneur, is the author of The Ringing Cedars Series. The story begins with Vladimir on a commercial trade run through some remote communities of Siberia. He starts to build an interest in the economic value of the Siberian cedar, and then pursues reports of a “ringing cedar,” an anomalous tree that stores cosmic energies and, after many hundreds of years, begins to ring. On his journey, Vladimir meets Anastasia, a young woman who has grown up in the Siberian wilderness. She brings Vladimir back to her forest glade and shares her advice with him regarding the raising of children, living a natural lifestyle, and illuminating the spirit of Creation that rests within every person.

For Vladimir, living a few days in Anastasia’s world is full of shocking and mystifying experiences. Humbled by the simple accommodations of a grass-lined dugout and not even a fire, Vladimir witnesses the abilities of Anastasia’s visionary “Ray,” as well as her astonishing somersaults, swings, and soaring through the forest canopy. Both the wild animals and the plants in her domain are seemingly tamed, observes Vladimir, as he watches the squirrels bring her food, the cedars shower her in pollen, and witnesses a show of acrobatics with the denizen bear!

As Vladimir’s critical interest in these phenomena grow, Anastasia stresses the importance of the wisdom she offers, offering the vision of an emerging culture re-united with Nature. Letting the children grow up in orchards and gardens full of our love is the key to reclaiming humanity’s Creator role on earth, and this new Age of Co-Creation will be realized when we empower our dreams with the purity of thought that comes from living a natural life. 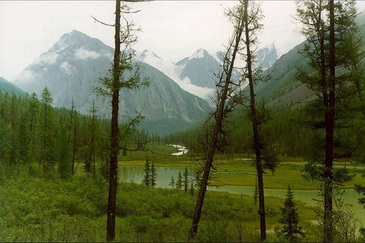 This is the story of The Ringing Cedars. Whether one accepts it as fact or fiction, it is playing a massive role in transforming the culture of Russia, and in various communities around the world.

Dachniks is a term for the cottage-gardeners of Russia, and we become very familiar with their story in reading Anastasia. Leonid Sharashkin, editor of The Ringing Cedars Series’ English editions and a doctoral student in Agroforestry, is able to share with us the massive impacts of this gardening movement in the larger context of Russia’s agricultural economy:

“Currently, with 35 million families (70% of Russia's population) working 8 million [hectares] of land and producing more than 40% of Russia’s agricultural output, this is in all likelihood the most extensive microscale food production practice in any industrially developed nation.

“According to official statistics, in 1999 more than 35 million families (105 million people, or 71% of country's population) owned a dacha or a subsidiary plot and were cultivating it… The 35 million plots of these families occupy more than 8 million hectares and provide 92% of Russia's harvest of potatoes, 77% of its vegetables, 87% of berries and fruits, 59.4% of meat, and 49.2% of milk.” 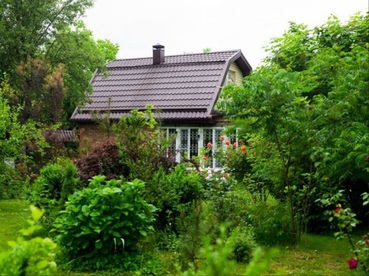 "When you look at the contribution of gardening to the national economy as a whole, it's even more stunning," Sharashkin said. "In 2004, gardeners' output amounted to 51% (by value) of the total agricultural output of the Russian Federation. This represents 384 billion rubles (approx. US$14 billion!!!), or 2.3% of Russia's Gross Domestic Product (GDP). This is greater, for example, than the contribution of the whole of electric power generation industry (317 bn rubles), significantly greater than all of forestry, wood-processing and pulp and paper industry (180 bn), significantly greater than the coal (54 bn), natural gas (63 bn) and oil refining (88 bn) industries taken together. The share of food gardening in national agriculture has increased from 32% in 1992 to over 50% by 2000.”

“Essentially, what Russian gardeners do," he concludes, "is demonstrate that gardeners can feed the world – and you do not need any GMOs, industrial farms, or any other technological gimmicks to guarantee everybody's got enough food to eat. Bear in mind that Russia only has 110 days of growing season per year – so in the US, for example, gardeners' output could be substantially greater. Today, however, the area taken up by lawns in the US is two times greater than that of Russia's gardens – and it produces nothing but a multi-billion-dollar lawn care industry."

Though the dacha movement has its roots in Russia’s traditional peasant culture (and more recently in post-WW2 programs to boost agricultural production) the Ringing Cedars movement has had its own major contributions since the release of the books in 1996. A strong focus on planting trees and using non-timber tree products, permaculture principles like “no-dig” gardens, and fulfilling a spiritual relationship with the land are some of the new characteristics among the dachniks who have been inspired by Anastasia. 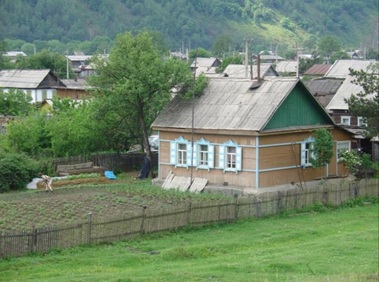 As well, the readers of Anastasia are also at the heart of a growing Russian eco-village movement. These are subsistence communities made up of multiple family estates, normally called “Kin’s Domains,” a term that appears in the books. Along with each family’s estate of between one and three hectares, these eco-villages may include community areas with a school, clinic, theatre, and festival grounds. Before the release of the Ringing Cedars books, Russia was without an eco-village movement; but in 2004, a conference of readers had attendants representing more than 150 eco-villages!

The spiritual affinity within the communities of the Ringing Cedars movement lies in their vision of re-establishing “Motherland,” an eco-culture where every person is fulfilling their role as a Divine Co-Creator. As readers go deeper into the series, Anastasia begins to reveal the path back to the state of a Creator Being, teaching about “The Science of Imagery,” of empowering our creative ability with pure thought, feelings, and a loving relationship with Nature. She also shares her stories about the history of the People of Earth, of the priests who led us into the Occult Age that is just now ending, and of the Beauty that was found in the gardens and rituals of an ancient Vedic race.

Anastasia also gives advice regarding the sowing of seeds, raising bees, and ideas for setting up a permaculture-style estate. Along with accounts of kombucha UFOs, ancestral dolmens (ancient burial chambers), and supernatural orbs, The Ringing Cedars Series contains a diverse array of paranormal tales, practical sustainability, poetic scripture, and cultural vision. For me, the books are a captivating read of personal, cultural, and spiritual significance. 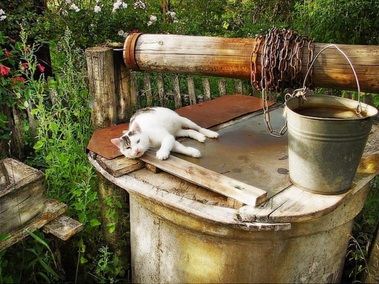 Across Russia, “Garden Plot Acts” legislation is increasingly coming into effect, entitling each Russian citizen to a piece of land free from taxation and inheritable though the family line. I read this message of sovereign title to land for the purpose of spiritual fulfillment as a hopeful tiding of humanity's future here on the planet. As I wander about visiting homesteads, farms, communities, and seeking the stories to inspire a natural and spiritual life, I have discovered Anastasia. It is one of those inspiring stories, and there are many blessings for us all on the path of Inspired Co-Creation. 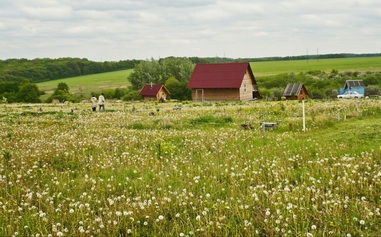 OUR MAY GARDEN AUTUMN BRIGHT COLORS