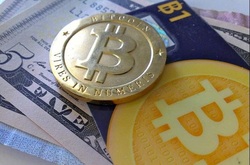 The Rise of the Bitcoin: Virtual Gold or Cyber-Bubble?
Posted on April 5, 2013
by Soren Dreier
Author: Anthony Faiola

A currency surging in value at a breathtaking rate this week belongs to no nation and is issued by no central bank. It can be used to buy gold in California, a hamburger in Berlin or a house in Alberta. When desired, it can offer largely untraceable transactions.

The coin in question now has a global circulation worth more than $1.4 billion on paper. Yet almost no one, it seems, knows the true identity of its creator. In the United States, this mysterious money has become the darling of antigovernment libertarians and computer wizards prospecting in the virtual mines of cyberspace. In Europe, meanwhile, it has found its niche as the coinage of anarchic youth.

The currency is bitcoin, a kind of cyber-money initially traded among hackers and cryptologists, and increasingly traded on Web sites and exchanged for goods and services. Two years ago, one bitcoin was worth less than $1. Two months ago, the price for one unit surged above $20 on a proliferation of cyber-exchanges from Tokyo to Moscow. A sudden burst of new interest sent its value soaring to a record $147 on Wednesday.

It has since fallen back after a series of hacker attacks. Yet, as of Thursday, bitcoin was still trading above $130.

Will all that crash and burn in a cyber-version of a financial bubble? Critics say it quite possibly will. Will authorities — already concerned about the use of bitcoins to buy drugs and launder money online — step in to regulate it? There are signs that may already be happening. But for now, its diverse group of users ranging from the Free State Project and WikiLeaks to environmentalists and professional gamblers, call its surge a revolution in “financial free speech.”

For Jonathan Harrison — a former gold trader who ditched his London flat to join a group of virtual currency obsessives living in a dilapidated commune on the wrong side of Waterloo Station — what matters most is a sense that bitcoin is making him a fortune.

Some call it the purest form of capitalism: a version totally unfettered by monetary policy and politically driven economics. On a recent afternoon, Harrison constantly checked the value of his holdings in bitcoins and other cyber-currencies such as litecoin on his glowing smartphone. In less than 20 minutes, his portfolio’s value had surged by about 7 percent.
“Some people say it’s anticapitalist, but it’s more nonconformist,” Harrison said. “It can’t be manipulated by governments, changed by monetary policy. I call it digital gold.”

In January 2009, Satoshi Nakamoto unveiled bitcoin to a mailing list of computer super-geniuses. He (or she, or them — Nakamoto is a pseudonym for a programming whiz or whizzes whose identity remains one of the great mysteries of hackerdom) effectively put a free software program on the Internet and invited the group to form a network of bitcoin “miners.” They could excavate bitcoins by using computers to solve complex mathematical puzzles, with units of the cyber-currency seen as a reward for the electricity spent on the algorithms.

Nakamoto seemingly emerged from nowhere a year earlier, uploading a white paper on bitcoin to an obscure e-mail discussion group. The writings suggested political motivations — a response to a global financial crisis in which Western governments reached into the banking sector as never before. But Nakamoto also showed little interest in promoting bitcoin beyond an inner circle of global geekdom.Read More: Here 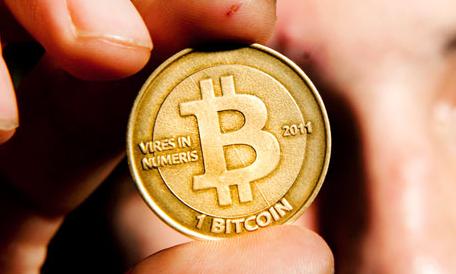 Sell Your Crap – Pay Your Debt – Do What You Love

In 2008, after the birth of his first child, Baker and his wife decided to sell everything they owned, pay off their consumer debt, and spend a year traveling abroad as a family.

They began sharing their journey in early 2009 on the blog Man vs. Debt, now 15000 subscribers strong.