The Cost Of the Average Australian Life is Now $2.17 Million
source website

It’s the ultimate cost of living for the average Australian.

A grand total of $2.17 million to pay for your food, education, housing, health, transport, recreation and all the other basics of living from cradle to the grave.

Using ABS research and economic analysis, the figure estimates just how much money goes into keeping us happy and healthy for our average life expectancy, which is nearing 82 for a child born today.

While different people will obviously spend differing amounts, our analysis shows the average Aussie spends more than $400,000 on housing, nearly $350,000 on food and non-alcoholic drink and a perhaps surprisingly high $332,424 on transport during their lifetime.

Recreation racks up nearly $260,000, followed by health expenses ($123,958) and running and furnishing your household.

Just over $72,000 will take care of your clothing requirements, while $61,375 will pay for petrol for your car and power for your home.

And tobacco and alcohol alone will set you back more than $80,000 together.

The bad news is that the multi-million dollar price tag has gone up 50 per cent in a decade.

The biggest jumps in costs since 2003-04 have come in housing, health and education. 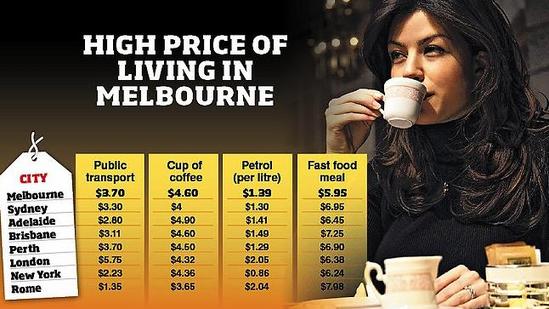 Research from IBISWorld, commissioned by News Corp, reveals that in today’s dollars, five years of renting would cost nearly $92,000 – some 51 per cent more than what a child born in 2003-4 could expect to be up for.

IBISWorld industry analyst Craig Shulman said the big increase in the likely cost of rent was due to restrictions on housing supply and greater numbers choosing to avoid mortgage obligations.

This was driving up demand for properties for lease.

Pre-school bills were on the rise because of legislated staffing requirements standards were higher but so were costs, Mr Shulman said.

“Many of the trends that have influenced price changes over the past ten years are expected to continue,” he said.

“A lower Australian Dollar and low interest rates will lead to international investors increasing their involvement in the residential property market in coming years, leading to further rises in housing prices. 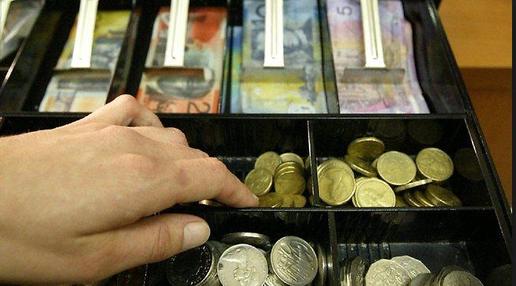 The good news is that Mr Shulman’s analysis also reveals that incomes have grown faster than the cost of living.

Over the decade to 2013-14 and accounting for inflation, IBISWorld estimates that earnings have increased 11 per cent.

New research by Mr Phillips shows that for the one-third of households with mortgages, the cost of living has not budged for the past two years.

This is because home-loan rates have been falling. For most borrowers they are now under 6 per cent. Some customers are paying less than 5 per cent.

“What might be a risk into the future is people getting used to low interest rates,” Mr Phillips said. “What goes down comes up.”

The estimated total “cost of living” has been calculated by extrapolating the most recent ABS Household Expenditure Survey using the latest Consumer Price Index, then multiplying it by the average life expectancy. 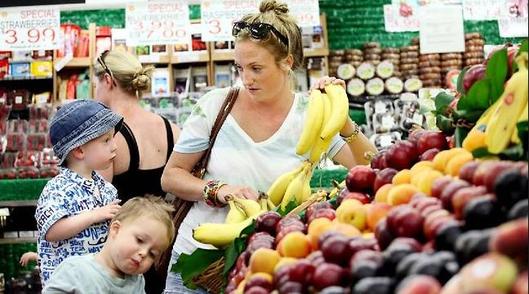 More than 50,000 people affected by the so-called bedroom tax have fallen behind on rent and face eviction, figures given to The Independent show.

The statistics reveal the scale of debt created by the Government’s under-occupancy charge, as one council house tenant in three has been pushed into rent arrears since it was introduced in April.

Figures provided by 114 local authorities across Britain after Freedom of Information (FoI) requests by the campaign group False Economy show the impact of the bedroom tax over its first four months. The total number of affected council tenants across Britain is likely to be much higher than the 50,000 recorded in the sample of local authorities that responded to the FoI.

At least another 30,000 people living in housing association properties have also fallen behind on rent payments since the bedroom tax came in, with potentially tens of thousands more also affected, according to separate research by the National Housing Federation.

Barrow in Cumbria was the worst-affected area, where more than three-quarters of all council-house tenants have fallen into arrears since the bedroom tax started. In Clackmannanshire, Tamworth and South Kesteven more than half of all affected households have fallen behind on their rent since the charge was introduced.

The shadow Work and Pensions Secretary, Liam Byrne, said: “These appalling figures prove that while this government stands up for a privileged few, a debt bombshell is exploding for a generation of people. 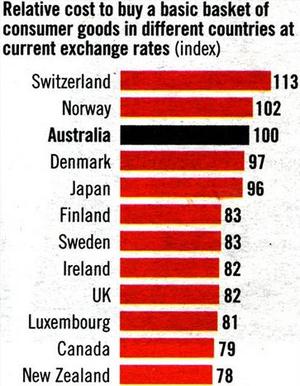 “While the nation’s millionaires get a huge tax cut, thousands more now confront arrears and eviction from which they’ll never recover. This is final proof that the hated tax must be dropped now.”

The bedroom tax penalises tenants if they have a “spare” bedroom by reducing their housing benefit by up to 25 per cent. As emergency funds from councils dry up, experts warn the situation is expected to deteriorate further over the coming months. The latest revelations are a further blow for the policy after a judge ruled last week that those with a smaller extra room would be exempt from the charge.

A smaller survey published last night found that one household in four hit by the bedroom tax has been pushed into rent arrears for the first time. Just over half of the 63,578 tenants of 51 housing associations were unable to meet their rent payments in the first months of the new system, according to research by the National Housing Federation.

The United Nations’ special rapporteur on housing Raquel Rolnik called for a rethink on the policy after finding the reform was causing “great stress and anxiety” to “very vulnerable” people. 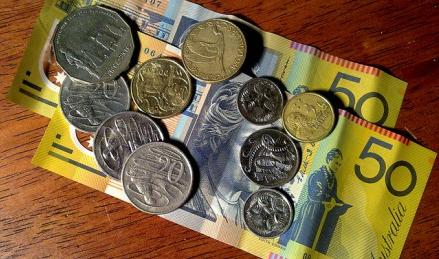