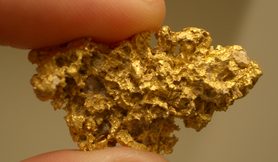 AFTER THE BATTLE ﻿NEW﻿

there is a very important video (in russian language) - A. Fursov's lecture on Ukrainian - Russian conflict that covers the true picture of this world region forces.
The Environmental Disaster That is the Gold Industry
source

The mining industry has had a devastating impact on ecosystems worldwide. Is there any hope in sight?
A global campaign to boycott what activists are calling “dirty gold” gained its 100th official follower three days before Valentine’s Day.

The pledge was launched in 2004 by the environmental group Earthworks, which has asked retail companies not to carry gold that was produced through environmentally and socially destructive mining practices. Eight of the ten largest jewelry retailers in the United States have now made the pledge, including Tiffany & Co., Target and Helzberg Diamonds. The No Dirty Gold campaign is anchored in its “golden rules,” a set of criteria encouraging the metal mining industry to respect human rights and the natural environment.

While the list of retailers aligned in their opposition to dirty gold continues to grow longer, most gold remains quite filthy. The majority of the world’s gold is extracted from open pit mines, where huge volumes of earth are scoured away and processed for trace elements. Earthworks estimates that, to produce enough raw gold to make a single ring, 20 tons of rock and soil are dislodged and discarded. Much of this waste carries with it mercury and cyanide, which are used to extract the gold from the rock. The resulting erosion clogs streams and rivers and can eventually taint marine ecosystems far downstream of the mine site. Exposing the deep earth to air and water also causes chemical reactions that produce sulfuric acid, which can leak into drainage systems. Air quality is also compromised by gold mining, which releases hundreds of tons of airborne elemental mercury every year. 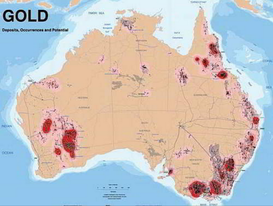 Gold has traditionally been a gift of love, and, not surprisingly, jewelry sales spike around Valentine’s Day. According to a recent survey released by National Jeweler, about 20 percent of Americans who planned to give a Valentine’s Day gift this year said they would be buying jewelry—sales estimated to total about $4 billion. Thus, activists see Valentine’s Day as a prime opportunity to educate consumers and stifle the trade of dirty gold. Payal Sampat, Earthworks’ director of the No Dirty Gold campaign, wants consumers to understand the back story of the gold industry. This, she believes, would spur an improvement in mining practices.

"We believe gold and metal mining can be done much more responsibly," Sampat says. "It's feasible, but consumers need to think about the impacts they have when they buy jewelry."

But the demand for gold is tremendous now. Several months ago, gold’s value hit $1,800 an ounce. It has since dropped to roughly $1,300—though that’s still five times its price in the late 1990s. The money to be made at all levels of the industry, from laborers knee-deep in mud to executive officers reaping thousands of dollars a day, creates powerful incentive to find gold—even though doing so may now be harder than ever. Alan Septoff, communications manager for the No Dirty Gold campaign, says that easily accessible gold has become scarcer and scarcer through time. “What we have left in most mines is very low-quality ore, with a greater ratio of rock to gold,” Septoff said.

This, he explains, makes the energy required to mine that gold—and the waste and pollution produced in the process—proportionally greater and greater. In other words, dirty gold is only getting dirtier. What’s more, gold that cannot be traced back to some level of deforestation, air and watershed pollution, and human injury and death is virtually nonexistent, according to Septoff.

“There is no such thing as clean gold, unless it’s recycled or vintage,” he says. 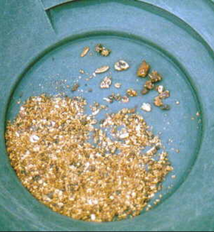 But James Webster, the curator of mineral deposits at the American Museum of Natural History, says the story is not as dark and one-sided as some may spin it. A clean gold mining industry is indeed possible, he says. Moreover, the industry is not as destructive at it may seem. Some states have strict—and effective—regulations on the handling of mine waste and runoff, Webster says.

"Cyanide is not as nasty/scary as it may sound," he wrote in an  email. "Its half-life is brief in the presence of sunlight."

Yet the Environmental Protection Agency has reported that 40 percent of watershed headwaters in the western United States have been contaminated by mining operations. Many of these are tiny sites, and there are, overall, roughly 500,000 defunct metal mines in 32 western states that the EPA has plans to clean up. Remediation of these sites may cost more than $35 billion.

One of the largest open pit mines is located near Salt Lake City—the Bingham Canyon Mine. The deepest mine in the world, it is about 4,000 vertical feet from its rim to the bottom. Bingham Canyon is known as a copper mine, but the site yields gold, too. More than 600 tons of gold have come out of the mine since its opening in 1906, and every year, $1.8 billion worth of metals are produced here.

Another infamous American mine is the Berkeley Pit, in Montana. This mine made the nearby town of Butte rich and prosperous for a time, but the site was eventually exhausted of riches—including copper and gold—and retired. In the decades since, water has seeped into the Berkeley Pit and filled the mine, and today it contains one of the most lethally polluted lakes in the world. The toxic, acidic water killed 342 snow geese that landed here in 1995. The water, many people fear, will eventually taint the region’s groundwater supply. 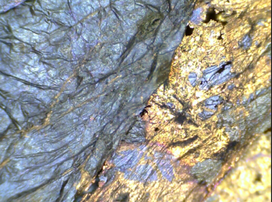 The Grasberg Mine, in Indonesia, is one of the largest gold mines in the world and is owned by American company Freeport McMoRan. The Grasberg Mine is also located smack in the middle of Lorentz National Park, creating such a huge scar on the Earth that can be seen from space. The mine dumps about 80 million tons of waste debris into the Ajkwa river system every year, according to Sampat at Earthworks. Another American company, Newmont, owns the Batu Hijau mine, also in Indonesia. This operation dumps its waste into the ocean near the island of Sumbawa.

While the EPA struggles to remediate and restore almost countless mine sites in the United States, and while activists work to stem the tide of demand on the gold industry, efforts are underway to develop more open pit mines. Among the most controversial is the Pebble Mine, proposed for Alaska’s Bristol Bay region. The project, critics say, could destroy or seriously damage unspoiled wilderness, wildlife habitat, indigenous cultures and the region’s sockeye salmon fishery. Of the Pebble Mine, Septoff at Earthworks said, “There could not be a clearer example of a short-term profit gained at a long-term loss.” 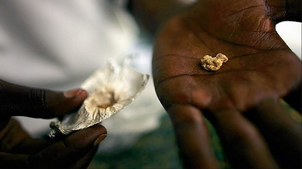