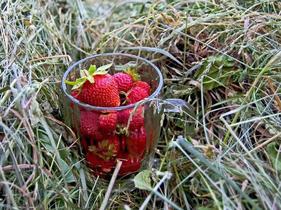 Today I wanted to share with you the meaning of some words that was lost in generations. I am sorry as the material found for this article will be partially in Russian but it can be easily translated into English using online translator. I can not guarantee though and this will be probably the case that some meaning will lost in translation.

just be a bit extra careful reading the other articles on this website as the site IMHO has some nationalistic flavour (pro-Russian mainly) and as a soul of universe i do not accept such approach, such separation and such false identity - Soul and Love do not have nationality, geographical position, boundaries, they are not gender or age related, Soul and Love do not care what language you speak and if you are poor or rich. But you might have a different opinion on your subjective reality. just try not to be too judgemental when you read this website news - i simply allow them to be as they do not know what they create and take the best knowledge out of the site and it contains heaps of it. 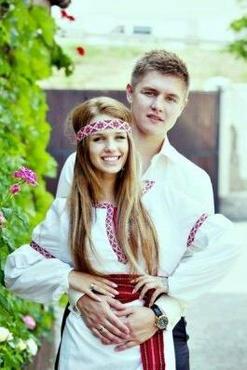 The criteria of any knowledge is very simple "is it useful in your everyday life?" or simply:

Does it help you to reach your targets in life?
Does it make you happier?

Russian language is a unique de-coder of the hidden knowledge you are about to discover if you already have not... which I am pretty sure the case with lots of our readers...

Russian language is a unique decoder of universal elements of world structure. Vedy and Rasy genetic codes are written in Russian language. If you find the magic hidden meaning of the images and signs you will get discovered the gods essence of your reality and yourself as a mirror of this reality. Read more>>>

What the word HAPPINESS mean and how the word is de-coded in Russian language. the Russian word Happiness (SCHAST'E is literally de-coded as ACTION towards GOD) Read more>>>

What is the real meaning of the expression "to pound the water in the mortar"?Do you know what the primary duty of the Slavic priest was? it was to pound the water in the mortar, to write with pitchforks on the water and to write beat the thumbs. the historians and the modern religion messed it up badly.
What is to pound the water in the mortar? Sage was taking water out of the seven sacred springs, where anomalous zones were. He merged them into one mortar and just started to pound it with the pestle, that is, to make the water unstructured. You know that in standing still water molecules are connected into the chains, which are very difficult to penetrate and break the cell membrane to bring it to our body in the most consumable way. The defrosted water, cold boiled water, their molecules are short/broken down  and they can easily penetrate through the cell membrane of your body, washing away all the toxins from there, this kind of  water is very valuable. At the waterfalls, rapids or in the mortar the water is pounded, the water molecules chains are physically destroyed, becoming shorter. Such water becomes unstructured with no information written so to speak.

To write on the water with the three points (triune) fork - this is one the Sages drew the runes with on the water. You've probably heard of the theory of torsion fields? Water stores all the information. Sages invested the goodness information into the water to the benefit of all the people for their health and in order to accelerate evolution and people's awakening. That is called programming of water. One would need to take a pint of water such water to be poured into a barrel of water, and all information would be rewritten. He would supply each family with such water. People would cook with it, washed the floors, washed their clothes, bathed in it, water their vegetable gardens etc etc.

Read more about the other expressions and their meaning >>>
Let's take some other words and learn their meanings:

Alchemy — (Al-Chemistry) — Graduate, spiritual chemistry. For example: you can take the eggs and put the oysters in an aquarium with water that does not contain calcium. Oyster grows, not how it differs from the reference, and its leaf also consists of almost pure calcium. This and other experiments confirm the possibility of converting one chemical element into another and expose the fallacy of materialistic chemistry, which does not recognize and carefully ignores these facts. So when dietitian tells you to eat calcium because you have calcium deficiency in your body tell him to go and eat it himself as your body can change any element into anything it requires at the moment: it can turn it into calcium too. That actually does not mean that you should not eat healthy food. Your calcium deficiency might have different origins than the calcium itself but it might be some metabolism or immune system issues. But this is another question. There is another good example: Eskimos people have been living on frozen meat of deer and seals for centuries and for generations and they are still strong and healthy hunters.

Let’s take a look at another word:

Aura — (A-negative, Ur-light, Ra-Sun) own light, but not sunlight. Aggregate energy radiations man is radiating from its fine structures and bodies, reflecting a general spiritual level, and its momentary state of mind and mood.

Ba — Door of Life. Woman at the time of birth becomes "ba", a sacred door to life There was no city Valilon (Babelon) was Babel — Gate of God.

Baba — twice Ba, the mother who gave birth to laboring women (in Russian grandmother is baba or bab(a)ushka).

This material was partially taken from this website but partially it comes from a common knowledge  Russian version of the same site.

Next month I will tell you more about the particulars of words and their meaning, expressions, signs and images
Displaying page: Good Advice Magazine >> Knowledge >> Linguistics and History of Language - 02
Knowledge other articles: 08  07  06  05  04  03 02  01