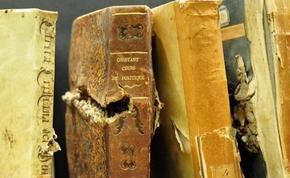 Today I want to share with you one article by Mikhail Zadornov i translated into English for our English readers. I want to talk not about letters, words and language origins but about numbers and digits.
Original can be found via this link: http://zadornov.net

SECRETS OF DIGITS
Secrets of digits

Digit (Tsifra) comes from Arabic Sifr. This is the word from the ancient Arabs and it means "empty, zero" Todays elegant, light numbers, which have replaced the heavy and obese Roman, are called Arabic. It is believed that they were invented by Arabs. In fact, the digits are almost exactly the same as we have today, was presented to Arabs by an Indian merchant, raja-wise. What for? The history keeps silent.

The business of this dealer were immediately improved so much that it was noticed by others. Was it a kind of magic? It turned out that he only used some more convenient form of recording his trade transactions. Truly ZERO became a total  revelation. In honor of him -ZIFR - the digits were named and all the figures he used. But what was even more amazing that dividing the Sifr (digits) with the help of these elegant signs one could crush it into different parts and these parts could be recorded too. It was a world trade triumph! Now some people could join together in some business and then divide the shares and the profits according to their stakes. More than that - they could count their shares and parts. Not to mention the fact that these fairy figurines-digits-sifrs allowed one to calculate the change and ask for it quickly - a really small but pleasant thing!

This innovation helped in dramatics advancement, because there were fractions. Try to write the fractions in Roman numerals, they will be bulky, like Forum or Colosseum columns? It will be hard. Roman digital system was easy only to perpetuate the date of victories over the enemy, birthdays, important years and dates... but to record a number of deaths during a victorious battle win or a number of slaves, captured required a whole wall or much more animal skins to be used. 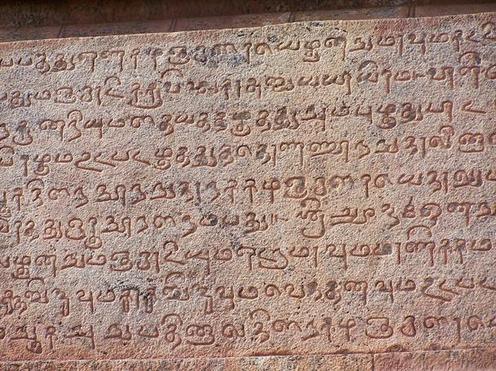 I would say today: with digital calculus which the Arab traders applied in their merchant operations and deals and through which they became the richest in the world, began the first in the history transition from analog to digital thinking.

What did these digits mean? Why in India they were so well known long time before Arabs, until the rest of humanity have started to use them so successfully?

North India was conquered by arias BC. They already had numbers depicted by digits already. They only did not have the word "digit" - Sifr. There is a hypothesis that they were also called "letters". It might be true. Because they were cut out, carved out on beech tree tablets/plates. Beech tree - is very "technological tree" and it is easy to cut on it. When you spash water of beech tablets the written is easier to be seen: more clear and more evident:

By the way, in English, the word «book» (book) also carries the memory of those times.

Going back to the digits... Where did Aryans-Brahmins take them from? When the hunter wanted to record his catch for example, and he had to leave a "memo" to someone about how much he killed boar hunting or something, or a for a priest to record how many deer he sacrificed, they made notches in the tree, or scratches on the stone, just the same as in Roman times: |, | |, | | | ...

With years and thousands of years people have evolved by leaps and bounds, as well as their appetite. The numbers of dead wild boars grew, not to mention the sacrificed deer. Naturally, there were new technologies. Time got compacted and accelerated. There was basically no time to scratch the stone on another stone. They used steel stick, dipped in paint/ink, they drew the same lines on the tablets/plates.The amount of information in the world was increasing, the process of recording became more time consuming, more laborious. Aryan sages wanted to record this information quickly without taking their hands off the tablets. They started to use dashes and turns to write quicker, same as we speak today (swallowing some words), cutting the corners. 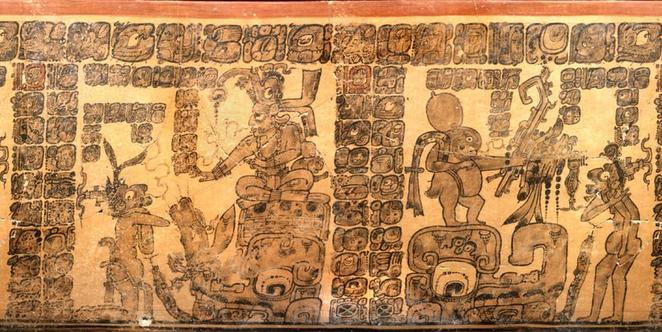 One corner, one turn -
Two angles -
The recording instantly became smaller
Three turns aligned -
Record numbers turned into a consistent image corresponding to the number of turns and corners, so that the number four was written with four corners
Count: four! And what about five?
And here is the original record of six.
So is seven.
Eight is not very different from the present 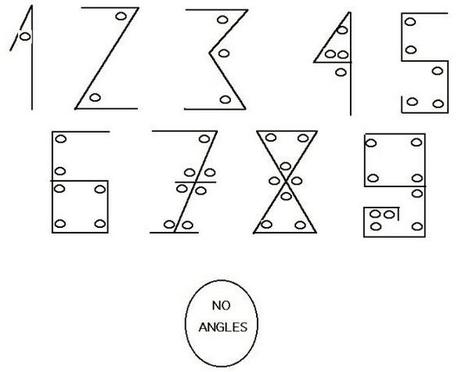 Back at school we were forced to write all digits in calligraphy manner with the pointy dot where the line ended (please take a look at the digit 9 and you will understand why).

The digits were drawn not written by trained craftsmen in the old books as general rule. One can observe that in these records spirals can be found instead of pointy dots at the end of the line that looked like decoration, but in fact it was - the old memory of the "angular" whorls of antiquity. The most obvious example is digit 9.

So this is where the dots that weer so important in our childhood came from!

My reasoning may seem primitive to all kind of mediums, dreams interpreters, clairvoyants and psychics-. They might even say that there there is more significant messages and greater meaning behind digits. Some of them tend to find "sexual" meaning of the digits, the others connect it with kundalini energy and different steps of kundalini-snake awakening.which looks a bit doubtful and unreal. I believe that life is simple and the new Arabic digital system was simply easier to use in trading.industry. The people who accumulated lots of money did not have troubles using new system and it spread all over the world.  The process of making life easier is still happening... but the methods became unfortunately different and I am glad there are still life aspects that can not be recoded by digits and numbers...