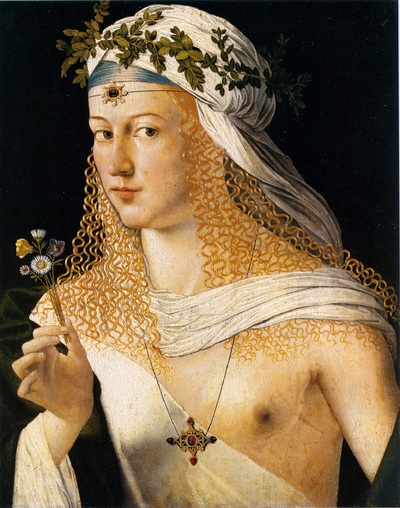 I have a rather unusual subject to discuss today on mind expansion pages. After watching season 2 of Borgia: Faith and Fear we started discussing the subject of power and absolute power and what it means and what it takes to become the one in power and what it demands from you to sustain and stay in power. I decided to find some good articles on the subject on Power.

There is a famous saying, 'Power corrupts, and absolute power corrupts absolutely.' There is much truth in this.

Powerful behaviorThe behavior of a powerful person often leads much to be desired. Some of the unsocial things they may do include:

IntroductionA person gets introduced to power at an early age, when parents have total control over their lives. They then discover that they have the ability to control their parents through actions that range from fluttering eyelashes to screaming fits. This makes them feel good.

In life and business, the game continues, of being under the power of others and finding one's own power. The person finds out how one gains power, for example by playing the game whilst bending the rules.

Initially, they may have good intent, seeking to build the company, help others succeed and so on. With this sound purpose, they excuse themselves for small indiscretions, as the minor means is clearly worth meeting the far greater ends.

Many cult leaders start out this way, doing good and helping others. But before long the power goes to their head as they are seduced by the powerful feeling it gives them.

SeductionPower is seductive not only because it is the means by which you can get what you want, but also because it gives you the confidence that goes along with this knowledge. Seduction is often an incrementalprocess. It happens one small step at a time, almost imperceptibly. Actions are justified with thoughts such as 'just this once' or 'it's important'.

McClelland describes the need for power as one of the basic things we seek. Power can also been as a fundamental means by which the basic need for a sense of control is achieved. Beyond this, it can also play a significant role in boosting our sense of identity. After a while, we begin to feel that power is a part of our inner self, that we are powerful people, and that losing it would be something akin to an identity crisis, where we no longer know who we really are.

In this way, playing to deep needs, power becomes seductive, drawing us in. When people look up to us and treat us like gods, then it is too easy to believe them and assume we really are superior. What we miss is that they are in awe of the power, not the inner person. When company managers retire, many are perplexed by the lack of respect to which they had become accustomed.

AddictionIn addiction, a person starts to want something for its own sake. The alcoholic drinks not because it makes him or her happy, but because it has become deeply ingrained and the thought of living without that numbing alcoholic haze is so scary.

The same is true of the power addict: the though of not having power is so frightening, they are driven to seek more and more power, even though they may well never use it. Like a miser, the power addict just want to have it.

Addiction leads to actions that are unhealthy. Addicts lose their sense of social goals and turn inwards, wanting only to satisfy their craving. In this way, it becomes easier and easier to fall into corruption.

CorruptionA critical problem for people in power is not so much how to achieve their goals -- they now have the power to do this -- it is to sustain their humanity and not fall into the pit of corruption.

The paradox of powerThe 'paradox of power' describes how people need and use social skills to gain positions of power, yet when they reach that position they seem to forget how to be civil to other people.

One reason for this is that people in power meet many others who want something from them. These people may want the powerful person to use their power for some particular purpose. They may just want to bask in the reflected glory. Either way, the powerful person feels isolated.

Another reason for becoming uncivil is that the person is naturally that way, but is skilled at appearing to be civil. They hence used these skills on the way up, but now that they have 'made it', they fall back into their truer, less kind self.

Exchange and obligationOn the way up and in maintaining their position of power, the person may well have been helped by others on the tacit understanding that the favor will be called in at a future date. They hence may be called on to do something that they do not really want to do, but which they still feel obliged to do.

Powerful social groups are often like this, with ritual back-scratching and helping one another to ensure that their power is sustained. In conversation, out-group, lower-power people are stereotyped and considered inferior.

Corrupt people like to deal with other corrupt people. When everyone is in it up to their necks, everyone also knows that nobody else is going to blow the whistle, exposing the corruption to external eyes. In this way, corrupt systems are self-sustaining.

Criminal and street gangs work in a similar way as they get recruits to break the law as a part of the induction process, thereby giving the gang power over the person should they ever wish to leave.

So what?If you achieve power, remember your values and sustain your humanity. Use your power for good, helping others as well as gaining what you personally want.