bohemian rhapsody social club
An Evening with
Rada Tochalna, Lucas de Jong and Janis Cook opera singers
RADA TOCHALNA
Melbourne based soprano, Rada Tochalna was born in Sevastopol where she began her musical career as a pianist. Rada graduated with Honours from the Music Academy in Lviv (Ukraine), and later graduated with a Bachelor of Economics. Then she undertook her Master degree of Arts in Music Performance at the Zurich University of the Arts with world-renowned mezzo-soprano Cornelia Kallisch, where she received honours. Rada has appeared in numerous operatic roles, including Caroline, Constance, Amor, Fairy Godmother, Foreign Woman and First Lady in Melbourne during 2014. In 2016 Rada has sung the role of Micaela for the BK Opera in Melbourne.
In 2014 she was the recipient of the Henkell Family Young Artist Fellowship at The Opera Studio Melbourne, and the Alice Amy McDonald Trust Travelling Fellowship. She took part in Nagambie Lakes Opera Festival in 2015.
Rada is a regular soloist with the Melbourne Classic Orchestra. She was a guest soloist at the Spring Street Beat at Parliament House and the Melbourne East Arts Festival last year. This year she has sung at the esteemed Wesley Music Centre in Canberra.
LUCAS DE JONG
Baritone Lucas de Jong studied at the Melba Conservatorium, Victorian College of the Arts, Melbourne University and at the National Opera Studio, London. He has appeared with Melbourne Opera, Opera Australia, Victoria State Opera, Glyndebourne Festival Opera, Welsh National Opera, Opera Atelier (Toronto), Holland Park Opera, European Chamber Opera, Royal Opera Covent Garden and more. His many performances include the title role of Mozart’s Don Giovanni, Scarpia in Tosca, Marcello in La Boheme, Germont Pere in La Traviata, Count Almaviva in The Marriage Of Figaro, Morales and Escamillo in Carmen, the title role in Eugene Onegin, Sharpless in Madam Butterfly, and Enrico in Lucia di Lammermoor. His concert engagements include Brahms’ Requiem for the London Oriana Choir and for the Royal Melbourne Philharmonic Society, Mozart’s Mass in C and Weill’s Seven Deadly Sins for the Melbourne Symphony Orchestra and Carmina Burana for the Melbourne Chorale.
JANIS COOK
Janis Cook – Bio
Janis Cook combines professional performance with a keenness to promote meaningful engagement with music through her teaching, writing and innovative concert programming. She has collaborated with colleagues in many chamber scenarios such as MSO Chamber Players, ABC Sunday Live and her own Cook & Co curations.
Janis’ career includes: appearances as a soloist with the Melbourne Symphony Orchestra, Orchestra Victoria and leading community orchestras; soundtrack recordings for many movies such as Babe, Cosi and The Dish; several years touring as a repetiteur with the Australian Ballet Company; and extensive work with the Melbourne Symphony Orchestra as principal keyboard artist including tours to Japan, Europe and Russia and numerous compact discs recordings including the award winning Simple Gifts.
Janis is an experienced adjudicator and examiner who contributes thought provoking articles to industry publications and presents at leading pedagogical seminars. She is the author of a recent book, THE REST, a compilation of keyboard excerpts from mainstream chamber and orchestral literature carefully selected and informatively annotated as a resource of reference and enrichment for aspiring pianists.
A direct descendant of the Liszt tradition and a teacher of piano at all levels, Janis believes that it is important to foster in students an awareness of the many parallels and connections between music and other aspects of life.
________________________________________ 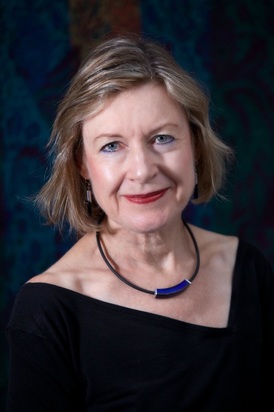 CUPID'S MILLINERY
website
Cupid's Millinery Melbourne has been making ladies fashion hats for over forty years. Recognised in the industry for for high quality and style, our products have stolen the limelight, winning over fifty millinery and fashion awards.
We wholesale fashion hats, special occasion hats, cocktail hats and fascinators, casual hats, men's city and country wear.
We specialise in wholesaling of ladies hats and fascinators for Melbourne Cup, Ascot, Derby and other racing events. We are the only company in Australia that makes custom hats for Mother of the Bride and any special occasion.
Our mission is to design and manufacture value-for-money millinery products capturing the imagination of our customers and to continue setting quality benchmarks in the industry.
Cupids Millinery is the only fascinators and hat maker licensed to carry official "Made in Australia" logo.