The way of Tantra is not one of blind sensuality — and not only of spirituality either. It is of both/and. Tantra does not believe in the philosophy of either/or: it believes in the philosophy of both/and. It does not reject anything — it transforms everything. Only cowards reject. And if you reject something you will be that much poorer — because something has been left untransformed. A part of you will remain ungrown; a part of you will remain childish. Your maturity will never be total. It will be like your one leg remains on the first rung and your hand has reached to the last rung: you will be stretched along this polarity and you will be in anguish, in agony; your life will not be of ecstasy.

That’s why I say I preach Epicurus and Buddha together to you. Epicurus remains with the outer wall of the Khajuraho temple; he is right as far as he goes, but he does not go far enough. He simply takes a walk around the temple and goes home; he is not aware that he has missed the very point of the temple.Those outer walls are only outer walls; they exist for the inner shrine.
Buddha goes into the inner shrine, sits there. In that silence he remains, but he forgets about the outer wall. And without the outer wall there is no inner shrine.
To me, both are lopsided, half-half. Something has been rejected and something has been chosen — they have not been choiceless. I say to you: Accept all! the outer and the inner, the without and the within, and you will be the richest sannyasins upon the earth.
Drop guilt!

Tantra is the whole way — neither obsession with the world, nor withdrawal from it. It is being in the world lightly, with a little smile. It is playfulness. It doesn’t take things seriously. It is light of heart, it laughs. It is unashamedly earthly and infinitely other-earthly. The earth and the sky meet in Tantra; it is the meeting of polar opposites…

OSHO:
Walk Without Feet, Fly Without Wings and Think Without Mind
source 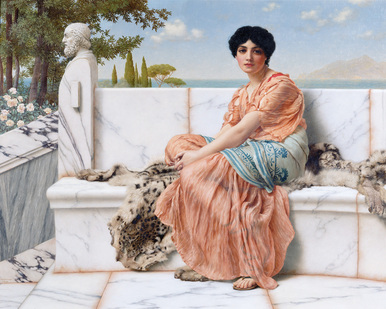