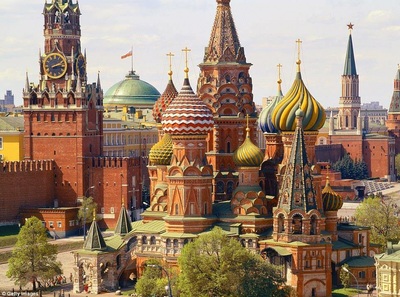 GOD IS DEAD – OR JUST MISSING IN ACTION?
by Osho

"Then there is no question of sin or virtue, no question of sinners and saints. Nothing is good and nothing is bad, because you are only a puppet. A puppet cannot be responsible for its actions. Responsibility belongs to someone who has the freedom to act.

"Either God can exist or freedom, both cannot exist together.

"That is the basic implication of Friedrich Nietzsche's statement: God is dead, therefore man is free.

"No theologian, no founder of religions thought about this, that if you accept God as the creator, you are destroying the whole dignity of consciousness, of freedom, of love. You are taking all responsibility from man, and you are taking all his freedom away. You are reducing the whole of existence to just the whim of a strange fellow called God.

"Man is free, but free for what? If there is no God and man is free, that will simply mean man is now capable of doing anything, good or bad; there is nobody to judge him, nobody to forgive him. This freedom will be simply licentiousness.

"Friedrich Nietzsche was not aware of any meditations – that is the other side of the coin.

"Man is free, but his freedom can only be a joy and a blessing to him if he is rooted in meditation.

"Remove God – that is perfectly okay, he has been the greatest danger to human freedom – but give man also some meaning and significance, some creativity, some receptivity, some path to find his eternal existence.

"Zen is the other side of the coin. Zen does not have any God, that's its beauty.

"Friedrich Nietzsche in his last phase of life became almost insane. He was hospitalized, kept in a mad asylum. Such a great giant, what happened to him? He had concluded: "God is dead," but it is a negative conclusion. He became empty, but his freedom was meaningless. There was no joy in it because it was only freedom from God, but for what? Freedom has two sides: from and for. The other side was missing. That drove him insane.

"God was non-existential, but it was a good consolation. It used to fill people's interior, although it was a lie. But even a lie, repeated thousands and thousands of times for millennia, becomes almost a truth. God has been a great consolation to people in their fear, in their dread, in their awareness of old age and death, and beyond – the unknown darkness.

"God has been a tremendous consolation, although it was a lie.

"Lies can console you, you have to understand it. In fact lies are sweeter than the truth.

"So Nietzsche was not insane in this last phase of his life, it was the inevitable conclusion of his negative approach. An intellect can only be negative; it can argue and criticize and be sarcastic, but it cannot give you any nourishment. From no negative standpoint can you get any nourishment. So he lost his God, and he lost his consolation. He became free just to be mad.

"And it is not only Friedrich Nietzsche, so it cannot be said that it was just an accident. Many intellectual giants find themselves in mad asylums or commit suicide, because nobody can live in a negative darkness. One needs light and a positive, affirmative experience of truth. Nietzsche demolished the light and created a vacuum in himself and in others who followed him.

"If you feel deep down a vacuum, utter emptiness with no meaning, it is because of Friedrich Nietzsche. A whole philosophy has grown in the West: Nietzsche is the founder of this very negative approach to life.

"Soren Kierkegaard, and Jean-Paul Sartre, and Marcel, and Jaspers, and Martin Heidegger – all the great giants of the first half of the 20th century – were talking only about meaninglessness, anguish, suffering, anxiety, dread, fear, angst. And this philosophy has been called in the West existentialism. It is not. It is simply non-existentialism. It destroys everything that has consoled you.

"I agree with the destruction because what was consoling man was only lies. God, heaven, hell – all were fictions created to console man. It is good they are destroyed, but you are leaving man in an utter vacuum. Out of that vacuum existentialism is born, that's why it talks only about meaninglessness: "Life has no meaning." It talks about no significance: "You are just an accident. Whether you are here or not does not matter at all to existence."

"And these people call their philosophy existentialism. They should call it accidentalism.

"You are not needed; just by accident, on the margin, somehow you have popped up. God was making you a puppet, and these philosophers from Nietzsche to Jean-Paul Sartre are making you accidental.

"And there is a tremendous need in man's being to be related to existence. He needs roots in existence, because only when the roots go deep into existence will he blossom into a Buddha, will he blossom into millions of flowers, will his life not be meaningless. Then his life will be tremendously overflowing with meaning, significance, blissfulness; his life will be simply a celebration.

"But the conclusion of the so-called existentialists is that you are unnecessary, that your life has no meaning, no significance. Existence is not in need of you at all!

"So I want to complete Friedrich Nietzsche's work; it is incomplete. It will lead the whole of humanity to madness – not only Friedrich Nietzsche, but the whole of humanity. Without God certainly you are free, but for what? You are left with empty hands. You were with empty hands before also, because the hands that looked full were full of lies. Now you are absolutely aware that the hands are empty and there is nowhere to go.

"I have heard about one very famous atheist. He died, and his wife brought his best clothes, best shoes, before he was put in the coffin – the best tie, the costliest possible. She wanted to give him a good farewell, a good send-off. He was dressed as he had never dressed in his whole life.

"Unless your freedom becomes your very flowering of awareness, and the experience of freedom leads you into eternity, leads you into the roots, into the cosmos and existence, you are going to be mad. Your life will be meaningless, with no significance. Whatever you do it does not matter.

"Existence according to the so-called existentialists, who are all following Friedrich Nietzsche, the founder, is absolutely unintelligent. They have taken away God, so they think – according to logic it seems apparently true – if there is no God, existence also becomes dead, with no intelligence, with no life. God used to be the life, God used to be the consciousness. God used to be the very meaning, the very salt of our being. With God no longer there, this whole existence becomes soulless, life becomes just a by-product of matter. So when you die, everything will die, nothing will remain.

"And there is no question of being good or bad. Existence is absolutely indifferent, it does not care about you. God used to care about you. Once God is removed, a great strangeness starts happening between you and existence. There is no relationship, existence does not care, cannot care because it is not conscious anymore. It is no longer an intelligent universe, it is simply dead matter, just as you are. And the life that you know is only a by-product.

"Once you know that a certain balance is needed between the negative and the positive, then you have your roots in existence.

"It is one extreme to believe in God; it is another extreme not to believe in God, and you have to be just in the middle, absolutely balanced. Atheism becomes irrelevant, theism becomes irrelevant. But your balancing brings a new light, a new joy, a new blissfulness to you, a new intelligence which is not of the mind. That intelligence which is not of the mind makes you aware that the whole existence is tremendously intelligent. It is not only alive, it has sensitivity, it has intelligence.

"Once you know your inner being is balanced and silent and peaceful, suddenly doors that have been closed by your thoughts simply move, and the whole existence becomes clear to you. You are not accidental. Existence needs you. Without you something will be missing in existence and nobody can replace it.

"That's what gives you dignity, that the whole existence will miss you. The stars and sun and moon, the trees and birds and earth - everything in the universe will feel a small place is vacant which cannot be filled by anybody except you. This gives you a tremendous joy, a fulfillment that you are related to existence, and existence cares for you. Once you are clean and clear, you can see tremendous love falling on you from all dimensions.

"I am teaching you how to come in contact with existence, how to find out where you are connected, wired with existence. From where are you getting your life moment to moment? Where is your intelligence coming from? If existence is unintelligent, how can you be intelligent? Where will you get it from?

"When you see the rose flowers blossoming, have you ever thought that all this color, all this softness, all this beauty was hidden somewhere in the seed? But the seed alone was not enough to become a rose, it needed the support of existence – the soil, the water, the sun. Then the seed disappeared into the soil and the rosebush started growing. Now it needs air, it needs water, it needs the earth, it needs the sun, it needs the moon. All these together transform the seed which was almost like a dead piece of stone. Suddenly a transformation, a metamorphosis. These roses, these colors, this beauty, this fragrance, cannot come from it unless existence has it already. It all may be hidden, it may be covered in the seed. But anything that happens means it was there already – maybe as a potential. You have intelligence..."
Displaying page: Good Advice Magazine >> Health and Beauty >> Relationship
Relationship other articles:  28  27  26  25  24  23  22  21  20  19  18  17  16  15  14  13  12  11  10  09  08  07  06  05  04  03  02  01