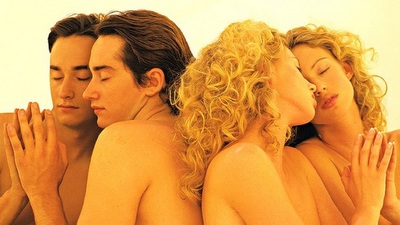 The Study of Narcissism Helps You Understand
by Stuart Wilde

In understanding narcissism one understands our leaders today, their lack of empathy for human pain, their haughty body language, their obsession with glamour, and the way they hurt people and use others. So, for example, the way the President can send troops to their deaths in ego-trip wars, that are not to do with the defense of the nation. Or, a Government that imposes unnecessary fines and exorbitant taxes without heeding the needs of the population.

Narcissism is a form of demonic possession, the inner world ghouls are callous and cruel, one often sees them with accoutrements, swords, thrones, crowns, jewels, medals etc. It reflects their self importance while they were still alive on earth as humans. The narcissists and the devils are carbon copies of each other.

Believing one is unique or special or above others, is a mental disease, a psychological fracture that exhibits itself as a personality disorder, it is not curable. Perhaps an exorcist might be able to bump out the ghouls inside the narcissist but I’ve not heard of it.

Narcissism explains why our leaders are so cruel and callous and violent, they don’t get the consequences of their actions, it doesn’t register in their possessed souls.
If every time they shot some children overseas, they lost an eye, or an etheric stake went through their testicles, they would soon understand. But karma is not instant, not usually, so they con themselves into thinking nothing can go wrong.

But every act is weighed and measured, nothing is ever forgotten.

The traits of narcissism are:

Grandiosity
Belief in being unique
An arrogant, domineering, controlling personality
Needing excessive admiration
Preoccupation with success and power
A lack of empathy or compassion
A sense of entitlement
Exploitative controlling behavior
Being envious of others

If you see these traits in others, run –  they’ll abuse you, because they are predators, or they will pin you to the wall and bore you stupid talking about themselves. Stuart Wilde www.stuartwilde.com
The very meaning of patriotism is treason towards humanity

by osho
I DON'T BELIEVE IN COUNTRIES. If I am listened to, then I will say that India should be the first country to renounce nationalism. It would be good if the country of Krishna, Buddha, Patanjali and Gorakh renounces nationalism and says we are an international area.
INDIA SHOULD BECOME AN AREA OF THE UNITED NATIONS ASSEMBLY. It should be said that we are the first nation that entrusts itself to the United Nations  -- you take custody. Someone must start it... And if it is started, there is no need for wars. THESE WARS WILL CONTINUE AS LONG AS THERE ARE BORDERS. These borders must go. 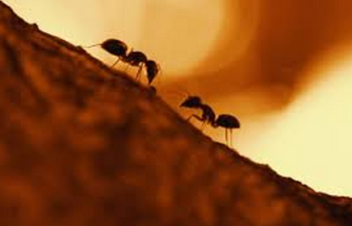 The Hindu fanatic who wrote an article in CURRENT magazine is right. It can be said that I am a traitor  -- in the sense that I am not a traitor to humanity. But all your lovers of nations are traitors to humanity. THE VERY MEANING OF PATRIOTISM IS TREASON TOWARDS HUMANITY. Love of nation means dividing into parts. You have seen, haven't you, that a person who is patriotic towards his region becomes an enemy of the nation. And one who is patriotic towards his district becomes an enemy of the region. I am not an enemy of the nation, my idea is international. THIS WHOLE EARTH IS ONE. I want to abandon the small for the vast. 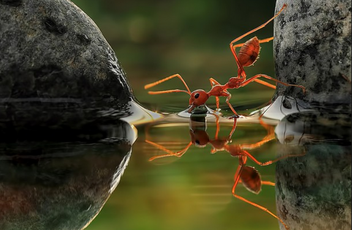 And these small-small enclosures, these dikes have troubled man too much. IN THREE THOUSAND YEARS, FIVE THOUSAND WARS HAVE BEEN FOUGHT. And previously, it was okay if wars fought with bows and arrows went on happening, there was no harm. If few people died there was no problem. NOW, WAR IS TOTAL WAR. Now, it is the suicide of all mankind. Now, every place can become a Hiroshima  --  any day, at any moment... Consider the horror of this war, and think of how much energy is going into it. This same energy can fill the entire earth with greenery, can fill it with prosperity. For the first time man can dance absorbed in bliss, can sing songs of ecstasy, can follow the quest of meditation.

But this will not happen. Your so called patriots, these nationalists... 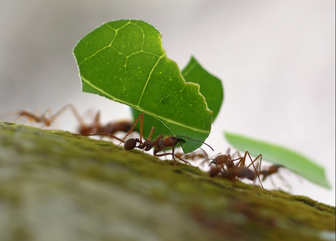 NATIONALISM IS A GREAT SIN. It is due to this nationalism that all these problems exist in the world. I am not a nationalist, I want to break all boundaries.

WHOEVER ON THIS EARTH WHO HAS RECEIVED A SMALL GLIMPSE OF THE TRUTH has no boundaries. They do not belong to any country, any community, any class, any sect, any caste. They belong to all, all belong to them

I would like to see one world where all these egos, the Indian and the Japanese and the German and the English and the French, have disappeared, because these are illnesses. The ego is like cancer, but even cancer needs something to feed upon; it cannot live on nothing. read more
Displaying page: Good Advice Magazine > Money and Job Market > Finance and Share Marketing
Finance and Share Marketing other articles:  17  16 ...  10  09  08  07  06  05  04  03  02  01