bohemian rhapsody social club
Zinaida Kaynarska
Russian-born flautist Zina Kaynarska is a well-known name in classical music. She is a winner of 1982 Ukrainian -Woodwind Competition and a First Prize winner of 1986 International Chamber Competition in Poland. She studied at Odessa State Conservatory, one of the oldest Russian institutions for concert musicians and music teachers.

Zina started her performing career as a Principal Flautist in the Ukrainian Symphony Orchestra, and later became a member of various Baroque and Woodwind ensembles with which she frequently toured Russia and Europe. She successfully combined orchestral performance with musical tuition. She was awarded with Commendation Certificate from Ukrainian Government for active work in the field of music and education.

Since arriving in Australia in 1996, Zina has given recitals at various venues in Sydney and Melbourne, including Sydney Opera House, Hamer Hall and Dallas Brooks Hall. She keeps teaching and has been granted AMTR Excellence Award 2004 "For Excellence in Teaching and the Running of a Music Teaching Business". She regularly performs at the Crown Casino, Hilton Hotel, German Lutheran Trinity Church, Armadale Uniting Church and other venues. She took part in various performances for special occasions such as BMW recital series in Sydney and Melbourne and the Ceremony of Paul Volenberg Monument re-opening where she gave a solo performance of Ernesto Bloch's "Abodah".

In 2012 Zina recorded new CD of classical, popular and music from movies. This CD features recording of "Sonata for Flute and Piano" written for her by Australian composer Phillip Gelbach. 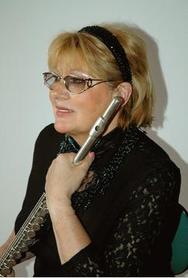 Shannon is a specialist guitar teacher trained in the classical tradition and has a music degree from the University of Melbourne. His particular love of teaching comes from the sense of possibility that each student brings and the way in which the teacher's performance is enriched by the student's learning. He has a strong interest in the interaction of different styles of music, is very interested in composition and loves the simple musical expression of composers as far apart as J.S. Bach and Elvis Costello. He also loves the touch and feel of musical instruments, and has built his own marimba and various percussion instruments.

Shannon Millard studied music at the University of Melbourne under Ken Murray and Geoffrey Morris.  He has participated in masterclasses with guitarists including Izhar Elias, Paul Beier, Jochen Schubert, and John Griffiths.

This is a story about three sisters who are very competitive. They all go their own ways to seek their fortunes. It is a story about the importance of friendship, kindness and honesty that will always win all the way. Does not matter what you do in your life - cook, heal or build houses. All of us have our places in life The most important thing is who we are and what we carry inside. This is the show for kids age 3-7 and for all adults. Based on true story and told by the woman whose profession is to grow healthy young generation.
Josephine Nonnis

I started painting in 2008 with the aim of enhancing the creative side of my mind, which I had never focused much on in the past.  I began painting classes with a lovely and very talented teacher, Gaye Lyons.  She taught me how to paint in oil and nurtured an artistic side in me that I never knew I had. What an adventure it was! During this journey, I also started to travel, which influenced many of my paintings allowing my creative side to flourish.  I was also inspired and enough by my dear friend and artist Meeta Seth, she helped me push out my creative side.

For 20 years I have worked full time within the picture framing industry.  During this time my appreciation for art has grown working with many beautiful works of art.

In late 2011 I wanted to engage in a more freestyle way of painting so I joined a few classes with Judy Waters. It was here that I started working with inks and different mediums. Furthermore, I learnt to love the different ways in which inks blended, moved and smudged together. Now I am more confident in using bright and vibrant colors. Using dried adhesive with the fluid acrylics (inks) helps my creative side, flow and develop directly onto my pieces. When I can I cut, join and
stretch most of my own canvases.