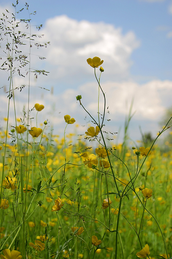 I was always amazed by Emirates, Dubai architecture. For me it is almost like looking into the future... Let's take this jorney together...

Historically in art, The Three Graces have been viewed as a symbol of lasting unity that represent joy, beauty and charm. NOX | Lars Spuybroek has designed a family of towers called The Three Graces in Dubai which emulates that very dynamic. The family of towers, which are currently in progress, will be interconnected by a footbridge that will reduce footprints on the piers. The symbolism of unity will make The Three Graces appear as a gate to the harbor on which it is situated.
Dubai Building World’s Most Futuristic Arch Bridge

Dubai may well be the City of dreams in the future. It continues to grow at a pace that surpasses the whole taken as a whole, and Dubai is building up onto its own mini universe. And combine that with an architecture, that is more like its from the next century only adds to the sheer beauty of Dubai.

The bridge that you are seeing in the picture above is going to be the world’s largest and tallest Arch bridge. Envisioned by the New York Architect Firm Fxfowle , it starts construction from next month. Here are some statistics of this amazing masterpiece of Engineering.
Seawater Vertical Farm – Dubai

To deal with the lack of fresh water in Dubai and other Arabian nations, Italian architectural firm Studiomobile created the Seawater Vertical Farm to cool and humidify greenhouses. This innovative concept produces adequate humidity to convert seawater into fresh water, necessary for irrigation.
Dynamic architecture by David Fisher

Dr. David Fisher’s Dynamic Tower is the first building in motion that will change its shape and add a fourth dimension to architecture: Time. The shape will be determined by each floor’s direction of rotation, speed, acceleration and the timing; with timing meaning how each floor rotates compared to the other. The rotation speed will be between 60 minutes and 24 hours for one revolution.

Residents, if they own the entire floor, are able to control the speed and direction of the rotation by voice command. One can have breakfast watching the sunrise, lunch viewing the open sea, and dinner overlooking the lights of the city – all from the same place inside their unit. The other floors will be commanded by the architect, by the mayor or whoever will have the password to the computer program that will give the building a different shape at every glance.

According to Dr Fisher, these buildings will be designed by all of us, at any given moment, and will be shaped according to our needs, our present concepts of design and quite importantly, our moods – as an expression of freedom, beginning for the first time in history to control the shape of our homes and cities.
Capital Gate Tower in Abu Dhabi

The Capital Gate tower in Abu Dhabi has been certified as the world’s ‘furthest leaning manmade tower’ by the Guinness World Records.

The certification comes after months of strict evaluation by a Guinness committee that started in January upon completion of the exterior of the 35-story tower. The 160-meter high tower leans at an angle of 18 degrees, more than 4 times the angle of the Italy’s Leaning Tower of Pisa. Abu Dhabi National Exhibitions Company is the owner and developer of the tower. The tower is designed by international architectural firm RMJM and is slated to be completed by 2010. The tower is being built using many innovative techniques that contribute to its unique shape and strength.

Capital Gate integrates several sustainability features. The tower sports a double-glazed façade that facilitates greater energy efficiency. This is due to the air being pre-cooled between the inner and outer facades before being expelled. Also, low-emissivity glass, being used for the first time in the UAE, keeps the building’s interior cool while maintaining transparency and eliminating glare. The building also features a unique stainless steel ‘splash’ descending from the nineteenth floor. This ‘splash acts as a design element as well as a shading device that eliminates 30% of the sun’s heat before it can reach the building. The ‘splash’ also twists around the building towards the south providing the tower maximum protection from sunlight.
Zayed National Museum in Abu Dhabi by Norman Foster

Foster + partners’ designs for the ‘zayed national museum’ in abu dhabi was revealed by
his highness sheikh mohammed bin rashid al maktoum, vice-president and prime minister
of the UAE and ruler of dubai and her majesty queen elizabeth II of the united kingdom.
conceived as a monumnet and memorial to the late sheikh zayed bin sultan al nahyan,
the founding president of the UAE, the museum will be the centrepiece of the saadiyat
island cultural district and will showcase the history, culture and more recently the social
and economic transformation of the emirates.
Burj Al Arab – the tallest hotel in the world
website

Burj Al Arab is the tallest hotel in the world (321 meters or 1,053 ft) and characterizes itself as the world’s only “7-star” property. It was built in 1999 and resembles the sail of a boat.

Imagine yourself falling asleep after paying $28,000.

Burj Al Arab also has a helipad. And the most amazing thing that it can be used as a tennis-court!
Burj Dubai – the tallest building in the world

The largest and most famous construction project currently taking place in Dubai is of course the Burj Dubai. Opening in 2009, the Burj Dubai is a super duper tall skyscraper set to be the tallest in the world (818 meters or 2,684 ft). Currently it is the tallest man-made structure on Earth but Burj Dubai will not officially gain the title of tallest building in the world until its completion in 2009.

The total budget for the Burj Dubai project is about US$4.1 billion and the price of office space had reached $4,000 per sq ft.
“The World” Islands

The World is a man-made archipelago of 300 islands constructed in the shape of a world map. It can be also seen from space. The overall development cost of The World was estimated as 14 billion USD. The prices of individual islands range between 15 and 50 million USD. The islands were created from sand dredged from the sea. One island is still for sale at a price of 250 million USD (at the time of writing this).
Wafi City

Wafi City is a mixed-use complex which includes a mall, hotel, restaurants, residences, and a nightclub. The “city” is styled after Ancient Egypt. There you can find columns reminiscent of Karnak, small pyramids, and images of pharaohs.
Hydropolis
website

Hydropolis is the world’s first luxury underwater hotel. It is under construction. Joachim Hauser is the developer and designer of the hotel. He said that Hydropolis is not a project. It is a passion. It has already been compared to both a jellyfish and a sea turtle.

The land on which this project Hydropolis is being built belongs to His Highness General Sheikh Mohammed Bin Rashid Al Maktoum, Crown Prince of Dubai. 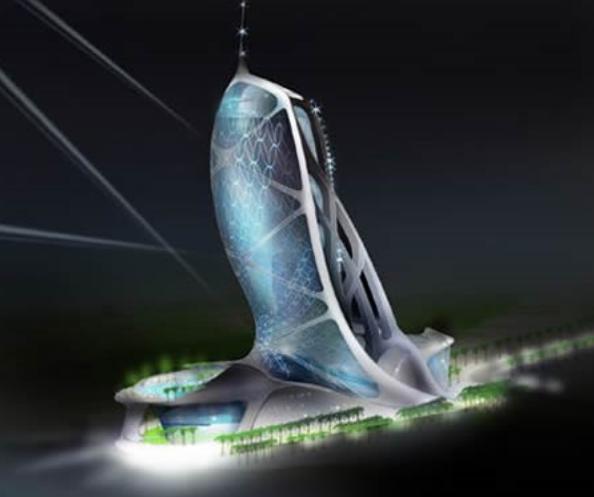