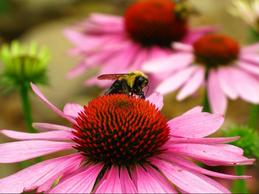 i love Herald Sun - Alex brought a new present last night from his work: Rural Australian Gardens hard cover book - not that i will be reading but the pictures are so awesome... it will be in our house library next time you visit - please ask for it to browse through...
RINGING CEDARS

8 years ago I opened my front door and discovered two boxes full of freshly printed books from Bayda Books store, the books donated to our Club by Yuri Tkacz. the shop owner. There was one book that I really loved reading The Ringing Cedars of Russia. I had only two books in the lot and I bought the rest of the books from the set of 9 or 10 (dont remember) soon after. Feel very sorry that this shop is closed now in Brunswick and Yura sells only online or by appointment only, as I bought great number of books from him... but still you can contact Yura and buy, and order anything staring from rare Russian and Ukrainian DVDS, CDs and books (hard copies of course). Books... I just like the scent of; paper-ish and print-fresh...

Anyway... going back to Anastasia and The Ringing Cedars of Russia. Yura did not even suspect that his donation played a vital role in my mind expansion after reading books about Anastasia. He had no idea how it changed my journey... I know now that all seeds and plants have consciousness: they know and remember who held them and how they were planted and who is looking after the plants that grew from them, who is watering them as it is all about energy and much more... An apple or a lemon tree will produce the crop that the person planted the tree requires: they will provide the farmer with the nutrition he/she lacks in his/her diet as the plants connect with you as all living matter is connected.

The article I publish today is from the Ringing Cedars website

A living wall bursts with vegetation at Paris's Musée du Quai Branly—a type of green wall that's catching on in some big cities.

These vegetated surfaces don't just look pretty. They have other benefits as well, including cooling city blocks, reducing loud noises, and improving a building's energy efficiency.

What's more, a recent modeling study shows that green walls can potentially reduce large amounts of air pollution in what's called a "street canyon," or the corridor between tall buildings.

For the study, Thomas Pugh, a biogeochemist at the Karlsruhe Institute of Technology in Germany, and his colleagues created a computer model of a green wall with generic vegetation in a Western European city. Then they recorded chemical reactions based on a variety of factors, such as wind speed and building placement.

The simulation revealed a clear pattern: A green wall in a street canyon trapped or absorbed large amounts of nitrogen dioxide and particulate matter—both pollutants harmful to people, said Pugh.

Compared with reducing emissions from cars, little attention has been focused on how to trap or take up more of the pollutants, added Pugh, whose study was published last year in the journal Environmental Science and Technology.

That's why the green-wall study is "putting forward an alternative solution that might allow [governments] to improve air quality in these problem hot spots," he said.

"Walls are the more underutilized spaces in our urban areas," he added.

In green facades, vines and climbing plants or cascading ground covers grow into supporting structures, according to the Green Roofs for Healthy Cities website.

In Madrid, plants turn a wall in the Paseo del Prada bright green.

Green walls are particularly useful in reducing pollution in street canyons, which are "a particular kind of oddity in that they tend to trap air within them, while over the city as a whole the air circulates freely," Thomas Pugh noted.

Because a green wall's vegetation is working with a much smaller volume of air in a street canyon, he added, it's more effective at absorbing or trapping the pollutants than if it was tackling a whole mass of air above the city.

However, Pugh cautioned, "we need more research to understand just how effective green walls can really be in real locations."
Colorful Tableau

London and some cities in Western European countries in particular have had trouble keeping air pollution in check—making green walls a possible solution.
Against the Wall

The ability of green walls, such as this one at the Musée du Quai Branly in Paris, to cool street canyons is especially key in the summertime, Thomas Pugh noted.

"If you have a surface covered in plants," he said, "when the sun's heat hits them, instead of just warming up they send a lot of energy back into the atmosphere as water vapor. Whereas a concrete wall would heat up and send [the heat] back into the canyon."
Green Gold

There is a beautiful  2011 Chelsea Flower Show took place in London.

Each year Green Roofs for Healthy Cities issues the Green Roof & Wall Awards of Excellence. The 2013 winners will be announced in October at CitiesAlive: 11th Annual Green Roof and Wall Conference in San Francisco.

According to the organization's website, green walls may improve your mood as well as your health.

"Studies have shown that visual access to natural settings leads to increased job satisfaction and productivity ... and post-operative recovery rates in medical facilities," the website says.
How Green Walls Work

Many living wall systems also have built-in irrigation systems in which water is harvested at the bottom of the wall and recirculated back to the top, as seen above.

The types of plants on green walls differ, but can include grasses, vines, and other climbing plants—all of which must have strong root structures, Green Roofs for Healthy Cities' Paul Erlichman said.

A well designed and maintained Green Wall can significantly enhance a building's appearance - whether it's to add a new aesthetic dimension, disguise a car park, refresh a tired façade or add colour and texture to a complete wall or section.

A green wall used on appropriate elevations can reduce energy costs by both providing an additional layer of insulation in the winter (keeping heat in) and acting as a screen to the sun in the summer (keeping the building cool).

Green wall systems can help to protect a building's façade and extend its life, acting as an effective shield to heavy rain and hail and helping to protect from the damaging effects of UV light.

With a strong base from the trellis and appropriate planting, a green wall can provide an ideal habitat for wildlife. In many cases, it can also provide an alternative habitat for any wildlife displaced during construction, with the option of integrating bird houses within the structure.

A green wall in an urban area can help improve local air quality, both by absorbing carbon dioxide and releasing oxygen, and by trapping dust and other pollutants.

In areas where graffiti is a potential problem, green walls can act as an effective deterrent, making the application of graffiti to the building structure almost impossible.

By adding a layer of insulation (both thermal and acoustic) green walls absorb sound - making a positive impact for both the building's occupants and the local environment.

Green Wall technology may be used for a wide variety of projects - both new build and refurbishment for a variety of building types.

From small garden projects to large industrial and commercial developments, the benefits of Green Wall systems are being realised across the public and private sectors.

In schools the systems can also deliver educational benefits, encouraging pupils to engage with the problems of carbon reduction and climate change and with broader ecological and environmental issues. Specific systems can be designed to suit a range of plant types, and as a habitat for different wildlife.

Green Wall systems require very few small fixings and therefore the impact on, or potential for damage to a building's façade is minimal. Similarly, the system is set away from the wall so, with the correct plant choice, plants will not damage the façade and systems may be used with confidence on existing buildings, even those that may be listed.

Recent developments in vertical faming techniques also demonstrate the potential and versatility of Green Wall systems. Using large urban structures to grow crops on their facades, buildings would become 'farmscapes' - effectively with green walls providing a sub-structure to support the growth of crops such as fruit and vegetables.

http://www.green-walls.co.uk/
Watch Video on Living Wall Kit Installation:
ABOUT YELLOW JACKETS AND THE BENEFITS OF WASPS IN THE GARDEN

there is just a link to Ringing Cedars of Russia that I want to publish here fyi on this subject - I was surprised as we always tried to get rid of them back at our dacha in Moscow. Even here, in Australian these insects are very annoying... but now we know... 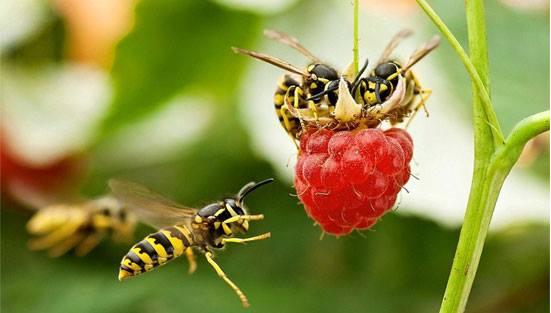 just finished - from 10am - three hours of gardening, autumn leaves cleaning and the rest of time - cleaning the garage with Yoshi Lis﻿... well 'thank you' is said to each other and exchange of kisses followed... like my mom says: "it's so clean, that there is nowhere to spit at - except at ourselves :)" and yes, we are all covered in dirt... just two dirty people we are :) should go have a shower.