Gods' Games
ANTON NENASHEV VIDEO NEW
FROM A TO Z

I do not cease to admire you,
I admire your shape,
near you I live,
because as well as you,
I am born free ..
http://www.youtube.com/watch?v=Hodomt6bBOw

2014 - is a year of the wood horse according to chinese horoscope
http://www.chinese-astrology.co.uk/horse.html
wherever to and however you plan to walk next year (trotting, galloping, cantering, pacing, ambling-gaiting or may be just resting in the shades of the trees) may everything you meet on your journey inspire you to new creations shaping the world around you according to the grand plan (your thoughts, your most daring dreams and your wishes). may the destination you reach be the one that will pleasantly surprise you on every level of your life... friends... yes.
BUTTERFLY EFFECT
HUMAN PLANET - BBC
BAROSSA. BE CONSUMED
SIMON CHRISTEN
website
SIRIUS - THE COMPLETE DOCUMENTARY
I, Pet Goat II

A story about the fire at the heart of suffering. Bringing together dancers, musicians, visual artists and 3D animators, the film takes a critical look at the events of the past decade that have shaped our world.
Space Geometry and Anisotropic World
What is the design of our Universe? Why it is not things that are important but the symmetry principles? What is the origin of the inconceivable effectiveness of mathematics in natural science? Is there any scientific proof of the Pythagoras idea that everything is number? The answers could be probably found in substituting the usual 3-D-space+time geometry by the Finsler one in which, speaking figuratively, the analogue of the Pythagoras theorem deals not with the squares of cathetuses and hypothenuses but with the fourth powers of them. The points of view of professional physicists are united by the wish to find a natural extension of Einstein's relativity theory which would not contradict the latter's concepts.
CHRIS SPHEERIS SELECTION
SHEVIRINA Irina and her creative videos:
Nahko Bear (Medicine for the People) ღ Aloha Ke Akua

Lend your ears, lend your hands,
Lend your movement, anything you can.
Come to teach, come to be taught.
Come in the likeness in the image of God.
Cause, you can be like that.
With all that humbleness, and all that respect.

All of the power invested in me,
be it hard to love my enemies.
All of the black bags over the heads of the dead and dying.

The more I understand about the human race,
the less I comprehend about our purpose and place
and maybe if there was a clearer line
the curiosity would satisfy.

Time based prophecies that kept me from living,
in the moment I am struggling
to trust the divinity of all the gods
and what the hell they have planned for us.

I cry for the creatures who get left behind
but everything will change in a blink of an eye
and if you wish to survive,
you will find the guide inside.

I go back and forth every single day,
the clarity that comes to me in a choppy way,
as the feelings and the places
and the seasons change,
the galaxies remain.

Energy fields cone the body in space.
The angels that are coming from a spiritual waste.
The hate that gets me distant from my spiritual pace.
Ten fold the manna when the planets are in place, in polar alignment.
We're on assignment.
Bodies on consignment.
Return them to the circus.

Bodies of info performing such miracles.
I am a miracle made up of particles
and in this existence,
I'll stay persistent,
and I'll make a difference
and I will have lived it.

I'm not a leader, just a creature,
seeking the features of a teacher.
Whether you follow or whether you lead
All mysterious ways of nature and I'm into it.
Changing management.

And there are various ways to conquer this monotonous metropolis,
my stubbornness is bottomless,
my fearlessness is talking shit
and I'm wide awake and I'm taking names.

I am not a leader, just a creature.
Seeking the features of a teacher.
Whether you follow or whether you lead
All mysterious ways of nature and I'm into it.
I'm into it.
Changing management.

And there are various ways to conquer this monotonous metropolis,
my stubbornness is bottomless,
my fearlessness is talking shit
and I am wide awake.
And I'm taking names.

And there are various ways to conquer this monotonous metropolis,
my stubbornness is bottomless,
my fearlessness is talking shit,
and I'm wide awake and I'm taking names.

Do you speak to me like you speak to God?
All of the love and understanding between the father and the son?
Do you believe in the perfectness of where you are?
These are my people, these are my children,
this is the land that I would fight for.

My solidarity is telling me to patiently
be moving the musical medicine around the planet in a hurry,
Cuz there's no time to waste.
Got to wake up the people time to stand up and say,
we know what we are for
and how we became so informed.
Bodies of info, performing such miracles.
I am a miracle, made up of particles
and in this existence,
I'll stay persistent
and I'll make a difference
and I will have lived it. ........

This is an unofficial video I made for the enjoyment of the people ღ Thank you.

*Original footage was used for a series of commercials called Estrellas﻿ del Bicentenario, which was part of the Bicentennial celebration intended to reflect the natural beauty of Mexico to the world. It aired in 2010 on Televisa.
The original 40min video:
Alexander Tatarski and Pilot Studio
"Pilot” Moscow Animation Studio is an acknowledged leader of the Russian animation, the first non-state film studio in Russia. Studio has been established by Honoured Art Worker and animator Alexander Tatarski. For the twenty years of its existence the Studio received more than 600 awards at the most prestigious international film festivals. There are 2 Oscar nominations, “Golden Palm Branch” at Cannes International Film Festival, 3 “Nika” awards,“Teffi” award, several Grand-Prix at the leading world class “A” festivals, and this is not the full list. The “Pilot” Studio presents the first systemic education and entertainment project in Russia – the “Mountain of Gems”.The studio started producing animated films in 2003; they were based on the folk tales of different peoples that populate in Russia: Russians, Tatars, Chechens, Ukrainians, Maris, Armenians etc. There  47 animations 13 minutes is length each.
Baraka (full version movie, no commentaries or dialogues, just music on the background)
BBC Commercial What A Wonderful World
~Chill Out Land of Beauty~
Dreaming Out Loud by Robert LVI
Five Tibetan Rites (Tibetan Rites of Rejuvenation from Fountain of Youth book by Peter Kelder)
Gods' Games (Igry Bogov)
The project "Gods' Games" is consistently developing serial of films in a publicity genre, incorporated by a research concept of ancient and modern Slavic and Aryan culture. Each film has a specific theme and is based of a live dialogue between the author and the researchers/experts or on some other sources. The project of "Gods' Games" consists of creative meetings, lectures, seminars, public views that include discussions of films and other cultural activities, promoting restoration of natural inner potential of the individual. The purpose of the project "Gods' Games" is to draw attention to resources of inner person's world, to learn, to investigate and to make popular the knowledge and the experience of ours "Cestors" and Ancestors, for restoration of abilities on the way spiritual evolution; and also, to learn to apply the experience learnt in the past millenniums in our daily life.

Ken Davis
Ken Davis is a modern days and most successful composer of relaxation and ambient music in Australia. Such music creates peaceful and harmonious environment and is very good for healing and meditations. Ken created more then 45 CDs and DVDs. HIs beautiful melodies and nature sounds help heal mind body and spirit and provide relief from stress and tension. His music is also used as an aid to sleep nor for pure listening pleasure. Ken also performes live in concerts. Ken's DVDs are amazing and include color and visionary meditations created by Selvin and Alexandra Rodda. 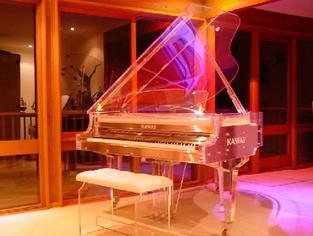 Ken Davis crystal piano
Laboratory of Alternative History
A group of Russian scientists presents astonishing movies, books, articles and other works on ancient civilizations with the technology that was more advanced than ours. The group continues working and organizing expeditions to well known parts of the world (Egypt, Mexico, Peru, Bolivia, Jordan, Israel etc). Despite the common and accepted knowledge of our, the only one civilization these scientists come up with alternative opinion which they prove by assorted artifacts, art pieces, architecture, design and other evidence which sometimes is well kept away and not even accessible by common public.
Large Scale Structure of the Universe
This is a video on 3-D simulation which covers a width of 2.4 billion light years and shows less than 1.5% of the total diameter of the Universe. Every point of light you see represents a galaxy each containing hundreds of billions of star systems. It is amazing as the Universe looks like one gigantic sponge: 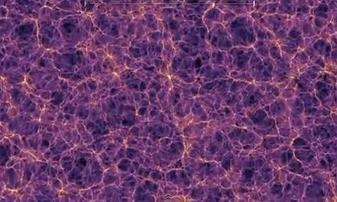 Life After Humans
The movie describes Life after Human population gets to zero: 1, 2, 5, 10, 20, 150, 1,000, 10,000 after we all gone...
Living Water and Living Water Two
There is water coming out of your kitchen tape. There is water in your tea pot. 70% of your body is water. What is water? How is it changing your life? How your physical body depend on water? These and many other questions are answered by Russian priests, Japanese scientists and leading research Institutes managers. This is not just science fiction. It is a new revolutionary scientific research, works of the Russian and Japanese scientists, the research that was incorporated in a talented and colorful film made by a group of leading journalists.
Peter Greenaway Movies
Peter Greenaway movies are mystical and geniusly imaginative.  Greenaway has crafted a string of visually extravagant movies, rich to the point of gluttony, and usually quite dark. They're also unapologetically experimental and erudite, not always the healthiest combination in respect to most Hollywood commercial and empty movies. His Prospero’s Books movie inspired us to lots of art and poetry pieces. 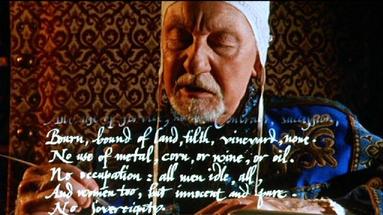 website to view more videos.
Shirley MacLain Out On a Limb
Shirley MacLaine is an American film and theater actress, singer, dancer, activist and author, well-known for her beliefs in new age spirituality and reincarnation. She has written a large number of autobiographical works, many dealing with her spiritual beliefs.
STARS OF BICENTANNIAL PROJECT:
Yuriy Norshteyn
Yuri Norshteyn kicks and slaps everyone in his studio and let those who are too smart to stay in the corner so they will not... In between these activities his studio colleagues drink and eat for your health and wellbeing... And if they have some spare time they create good animations, meet their audience, friends and colleagues, organise exhibitions and write books and well, they do not let the tree of Russian animation to dry out... Below: "the poet's table" and Yuri's animation for the competition in Japan "Tikusai and Basho" where he one the first prize: 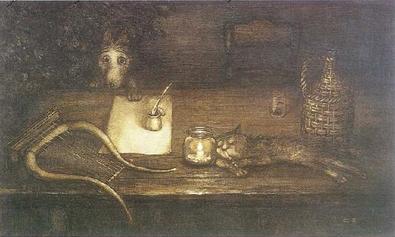