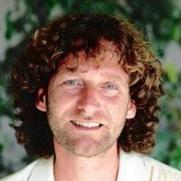 Igudesman & Joo with special guest Emanuel Ax. Well, to cut the long story short, Igudesman hired Ax instead of Joo for the gig and failed to tell him.
This is from a special performance in the Saratoga Festival in honor of Charles Dutoit. The first performance was at Bernard Haitink's 80th birthday celebration in Lucerne, Switzerland.
Amon Tobin
website: http://www.amontobin.com/
Electronic musician
Andrea Bocelli
Andrea Bocelli is an Italian tenor, multi-instrumentalist and classical crossover artist. Born with poor eyesight, he became completely blind at the age of twelve following a football accident. Bocelli is widely celebrated as a talented singer and is admired around the world. His voice's timbre is as recognisable as a signature, with a versatility ranging from the Bel canto to the furore of Verismo, from the sacred repertoire to popular ballads.
Andrew Rayal
Armik
Armik is an internationally renowned Nuevo flamenco guitarist, composer and producer.
Balanescu quartet 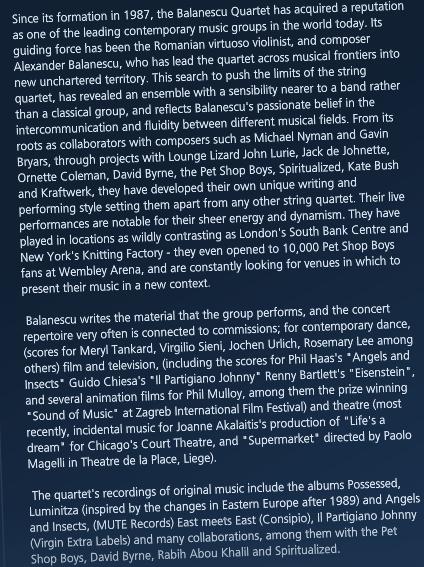 Cecilia
Cecilia, is a Norwegian classical singer known for her famous "Amazing Grace". Amazing voice and beauty, Cecilia: Love of a Silent Moon 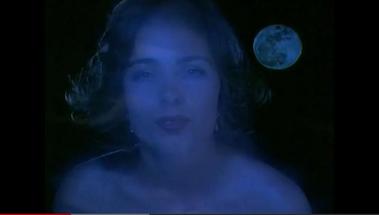 Chris Spheeris
Chris Spheeris is a famous composer. Spheeris’ music has infiltrated TV shows, documentary films, Olympic competitions, miss universe pageants, commercials, NPR radio, satellite and syndicated programs, pop songs, and of course, in the music systems of millions around the world. If there is a Paradise there should be music that Chris writes...
Danielle Licari
French singer has the most beautiful angel voice I have ever heard. 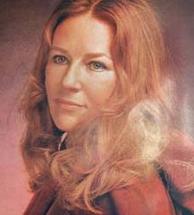 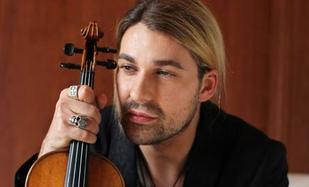 website: www.dmytromorykit.co.uk
Born in Northampton to Ukrainian/Italian parents, Dmytro has lived in Edinburgh for over twenty years.  Classically trained on piano to LRAM, he has been a session musician for rock bands and the composer of original music for film, theatre, dance and public performance.

Winner of the prize for best original music at the National Student Drama Festival.

Member of National Student Theatre Company (1978-80). Commissioned by Amnesty International: The Unforgiving (1997), Prisoners of Conscience (1998): Films include, Portrait of Evil (1997), Buckshee Countess (2009), Oasis (2011).
This is a very original piece that I found recently - glimpses of "life" and music go so well together... Silver Screen. Enjoy!
El Alacran - Reflejo De Luna
I do not know much about the musicians - but the music is unbelievable...
Emma Shapplin

Spente le Stelle
Gotan Project
is a talented musical group based in Paris, consisting of musicians Philippe Cohen Solal (French), Eduardo Makaroff (Argentine), and Christoph H. Müller (Swiss, former member of Touch El Arab)
Gurrumul
An extremely talented Gurrumul is a member of the Gumatj clan (aboriginal Australia) of north east Arnhemland and it is the songs and stories of the Gumatj clan that Gurrumul sublimely adapts into contemporary song styles. The man was born blind.Gurrumul’s solo performances are a rare treat for music lovers and should not be missed. Geoffrey Gurrumul Yunupingu’s solo excursions highlight his amazing talent and his beautiful voice that will never leave you as he sings the songs of his Gumatj country: 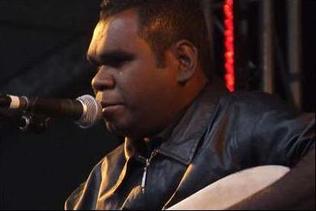 HAZMAT MODINE draws from the rich soil of American music of the 20's and 30's through to the 50's and early 60's, blending elements of early Blues, Hokum Jugband, Swing, Klezmer, New Orleans R & B, and Jamaican Rocksteady. The band is fronted by two harmonicas which use call and response, harmony, melody, and syncopated interweaving rhythms. The band includes tuba, guitar, and percussion, claviola and Hawaiian steel guitar. The band's sound reflects musical influences ranging from Avant-garde Jazz to Rockabilly and Western Swing to Middle-Eastern, African, and Hawaiian musical styles.
Read more
Igor Talkov
Игорь Тальков -Igor Talkov "I will come back"
Igor Talkov is a Russian singer, he was killed in 1991 for his views - this song never appeared on air...
ILHAMA featuring DJ OGB
Just a cool song that I got from my friends and wanted to share - it can be found on EUROPOPPED:
Il Volvo
Il Volo (in English: The Flight) is a trio of Italian pop-opera teenage singers, consisting of Piero Barone, Ignazio Boschetto, and Gianluca Ginoble. Music video by Il Volo performing Un Amore Cosi' Grande. (C) 2011 Geffen Records.
Amazing voices, beautiful music!
In-Grid

In-Grid is an Italian dancer and singer-songwriter. She is best known for her 2003 international club smash "Tu es foutu", also known as "You Promised Me". The song was a big hit in Europe, Russia, Australia, Latin America and in the United State. Official website with music: http://www.in-grid.it/music.html
Irina Bogushevskaya Songs
Irina Bogushevskaya is a Russian singer, poet, and a composer of theater jazz and cabaret rock.
Jackie Evancho

amazing talent for a 10 yo!

Jean-Baptiste Maunier & Clemence Saint-Preux
Christophe Barratier, director of Les Choristes discoved Jean-Baptiste and his extraordinary voice during a casting to find the choir who was going to sing in this film's soundtrack. Clemence's father, the composer Saint-Preux, and her mother a painter and author, were able to transmit and to her sisters, true talent as an artist. A true child prodigy, she played piano, guitar and singing since her early childhood.
John Sokoloff

website: http://johnsokoloff.net
http://www.youtube.com/user/tolstoyman2?email=share_video_user
When asked to describe his music, he responds:  "Just Listen."
But what is it like? Whom do we compare it to?  "Just Listen."
When one does, the adjectives begin to flow - Soulful... Sad....Passionate.....Lonely...
But those are just words.
"Listen."
Jun Miyake
Music and songs from a genious German dancer PINA Bausch movie. Lilies of the Valley. Watch for Jun's Album "Stolen From Strangers"... The official site can be found here.
Karunesh Music
Karunesh creates world fusion, new age music, music for meditation and relexation, musicic for body, heart and soul.
LUDOVICO EINAUDI - Divenire
Ludovico Einaudi, compositore e pianista website.
Mariza - Concerto em Lisboa

website. Amazing guitar...
Nenad Jelic
website: http://www.youtube.com/user/TheNenadJelic/videos
René Aubry
A talented French composer. He is a multi-instrumentalist known for blending classical harmonies with modern instrumentation. He has composed for choreographers such as Carolyn Carlson, Pina Bausch and Philippe Genty. He has also scored for films and released many of his own albums.
Sarah Brightman
Everything about Sarah Brightman is multi-dimensional. Her penchant for fusing musical genres. Her multi-faceted voice. Her contrasting personas. Is it any wonder then that the life and career of this multi-platinum artist is equally colorful and intriguing?
Secret Garden
Secret Garden is an Irish-Norwegian duo playing neo-classical music. Secret Garden features the Irish violinist Fionnuala Sherry and the Norwegian composer/pianist Rolf Løvland. Their music inpired us to write beautiful poetry.
Sergey Sirotin and Golden Light Orchestr

The music of harmony and relaxation for good mood, rejuvenation and love.
Website: www.relax-music.ru
To listen in real time please click here.
Snatam Kaur
Beautiful singer: divine, she’s got such a relaxing, beautiful singing voice and all her music is spiritual.
Sublime & Jun Miyake

website: http://www.terryoldfield.com/
I take my inspiration from the cultures of the world and the beauty of nature expressing myself through flutes and other instruments.  It is my heartfelt wish that this music assists you in experiencing peace in your life.

The Killers
Thom Hanreich
Amazing music, talanted composer: Thom recently wrote the original music for Wim Wenders´ breathtaking documentary “Pina“ which premiered at Berlinale Film Festival in 2011. There is a couple of links here and there. 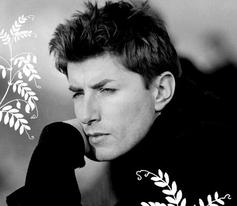 Touch and Go
I was really impressed by variety of styles this band is offering to the listeners.You have to listen to understand... Possibly not all of you will fall in love with this music but some of you might find it intersting...
Queen
Queen - pure talented music, epic masterpieces...brilliant, amazing Freddie Mercury with his opera voice... They always wrote their songs the way as it was their last song - the best possible way...
White Guard (Belaya Gvardiya) Songs
Russian musical group from Moscow. The group plays sentimental rock. White Guard as per soloist, Zoya Yaschenko words is a guard that serves White Goddess aka Muse in Greek Mythology. White also represents white sheet of paper which allows you to draw and write what ever you like. Abbreviation BG stands for BoG (God in Russian) - the name given by God.
Yello
is a Swiss electronica band consisting of Dieter Meier and Boris Blank. They are probably best known for their singles "The Race" and "Oh Yeah", which feature a mix of electronic music and manipulated vocals, as does most of their music. We just play one their old songs here - they have new albums on their official website mentioned above.
2RaumWohnung - Mädchen mit Plan
is a German pop duo founded in 2000 in Berlin. Its two members – Inga Humpe and Tommi Eckart – are the former singers of the group Neonbabies.
__________________________________________________________________________________________________
Displaying page: This Is Exciting!   >> Music
This Is Exciting other categories:  Art, Photography, Sculpture and Jewellery  *  Books and Articles  *  Dance  *  Fashion
Ikebana  *  Movies and Videos  *  Nature and Places of the World  *  People  *   Poetry