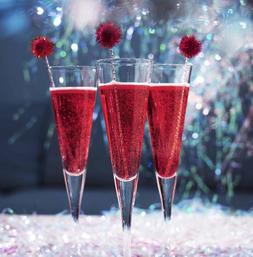 we will continue the topic on Top 10 started in our last month article. This time we will talk about

Top 10 Most Expensive Wines in the World (courtesy of website: http://au.askmen.com/ and www.huffingtonpost.com)

There's more to wine than two-dollar Night Train. In the mid-'80s, billionaire Malcolm Forbes paid approximately $155,000 at auction for a bottle of wine. The bottle, which was believed to have come from Thomas Jefferson's own collection and dated back to 1787, was then put on display under strong lights and at the wrong angle. These conditions eventually made the cork fall into the bottle, and the wine lost its value and was thrown away.

Yes, it's true that you don't have to pay a fortune for a bottle of wine, but keep in mind that you usually get what you pay for. If you really want to impress that special lady, show her your cellar of fine wines -- or at least display your knowledge of them. Read on to discover the ten most expensive wines available on the market. Note that all prices are in US dollars and were evaluated on the basis of a 750 ml bottle from a retailer.

Number 10
Chteau Lafite Rothschild Pauillac 1996 - app. $287
Talk about being at the right place at the right time. In the mid-18th century, a French politician was about to be shipped off overseas, but not before visiting a physician. The doctor prescribed him some Lafite wine as a tonic. This politician enjoyed it so much that he offered some bottles to King Louis XV, and before long this wine became the star of Versailles and was dubbed "the King's wine." Remarkably dark, it sports mineral aromas of mint and black currant. Flavorful, its texture is silky and lingers in the mouth. 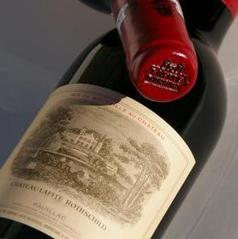 Number 9
Chteau Margaux 1995 - app. $402
Its color is almost black, yet it couldn't taste farther from ink. Containing passionate fragrances of blackberry and cassis, this smooth and racy vintage is powerful but still manages to be compact in its fruit structure. This vineyard goes back a thousand years and it has definitely mastered the art. The 1995 vintage recalls the 1986 for its complexity but it's also a good reminder of the 1990 for its elegance. The 1994 version is also quite expensive. 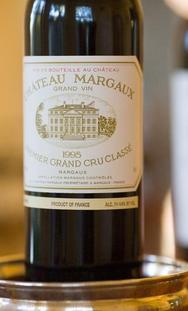 Number 8
Chteau Haut Brion Pessac-Lognan 1982 - app. $528
What distinguishes Haut Brion is the fact that it produced the oldest Bordeaux in the world. Founded in 1550, Jean de Pontac built everything from the ground up for the sole purpose of winemaking. Soon after, he opened a tavern in London to serve his wine exclusively. It was an undeniable success. This red 1982 vintage is still youthful and quite spectacular, holding its own against the best wines in the world. It has matured well with time but isn't expected to improve in years to come. So drink it soon! 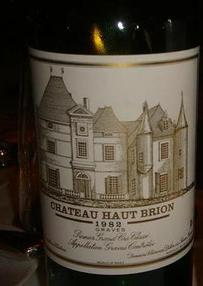 Number 7
Chteau Mouton Rothschild Pauillac 1986 - app. $592
Remember the Lafite Rothschild? The Chteau Mouton originated from the English branch of the same family in the mid-19th century. They were the first to launch special labels designed by famous artists such as Chagall, Picasso and Warhol after World War II. Selected as one of the top ten wines of 1986 by Wine Spectator magazine, this Chteau Mouton will recall memories of chocolate, raspberries and spices. This palatable vintage leaves an incredibly elongated aftertaste. 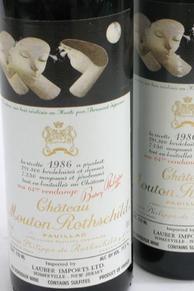 Number 6
Chteau La Mondotte Saint-Emilion 1996 - app. $608
La Mondotte was purchased by the Neipperg family at the same time that they bought Chteau Canon-La-Gaffelire and Clos de l'Oratoire. Therefore, this tiny vineyard of little more than 11 acres was condemned to play second fiddle for a number of years. But in 1996, La Mondotte reached maturity and exploded on the wine scene. Fairly fruity and exotic, this vintage is lavish and has a lengthy finish. It is often compared to Le Pin. 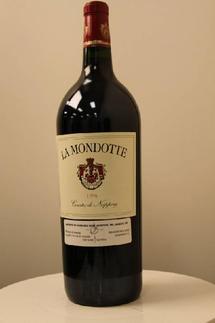 Number 5
Chteau Valandraud Saint-Emilion 1995 - app. $668
This vineyard is one of the most important of the garage wines. Basically, it is to wine what microbreweries are to beer. Like La Mondotte, it occupies a small patch of land and its owners pour their artistic hearts into it. Valandraud comprises approximately 10 small parcels of land totaling 35 acres. This wine has been made with care and is quite rare, hence the price. Firm tannins define its rich and spicy structure; it is bolder than later vintages. 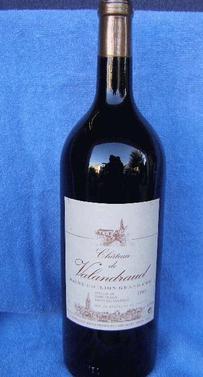 Number 4
Chteau Latour Pauillac 1990 - app. $774
Chteau Latour is one of the most reliable vineyards in France and produces one of the best three Pauillac on the market. This reliable wine draws its power from the rich soil on which the grapes grow. Among the raciest wines of the Mdoc region, Wine Spectator selected it as the single best wine of 1993, bestowing on it a perfect score. An everlasting finale is the masterstroke of this vintage, which favors caramel, chocolate, licorice, dark cherry, and roasted fruits. The mouth is opulent and wholly composed. The 1994 vintage is also highly sought after. 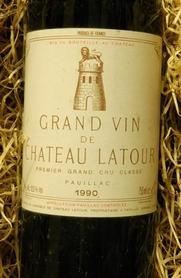 Number 3
Chteau Le Pin Pomerol 1999 - app. $908
The Thienpont family's Chteau Le Pin venture is another garage wine. In an average year, they produce about 6,000 bottles of this fine Pomerol on five acres of land. It is truly one of the most illustrious wines to come out of Bordeaux. Its fullness comes from the downy levels of mocha, black cherry and currant flavors. It's a favorite of serious wine collectors. 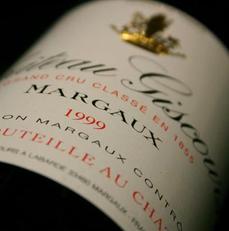 Number 2
Petrus Pomerol 1998 - app. $1,459
This Merlot was one of the favorite wines at the White House during the Kennedy years. The official name is Chteau Petrus but even its label refers to it as simply "Petrus." The grapes are usually harvested early and left to mature slowly. Extremely fruity, suggestions of berries, vanilla, mocha, and oak emanate from its rich purple robe. The finish is something to wait for as it caresses the palate. A truly exquisite vintage, it should reach maturity after the year 2012. 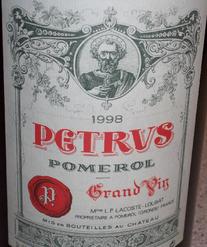 Number 1
Dom. Romane Conti 1997 - app. $1,540
This French red Burgundy smells of berries, spices and leather. Dark in color, it hints at flavors of soy sauce, flowers and licorice. The aroma is rich and penetrating without being too profound. The Romane Conti is a rare wine that has carved a niche for itself along the years. At over fifteen hundred dollars a bottle, it no longer has anything to prove. Consistently, the Romane Conti fetches prices around the thousand dollar mark no matter the vintage. ps: prices

You should take note that the wine market has many intermediaries that have a direct effect on prices. Importers, wholesalers and retailers are all out to make a profit, so prices may vary depending on the level at which you get involved. Also, auctions often get out of hand and may entail heavier prices. 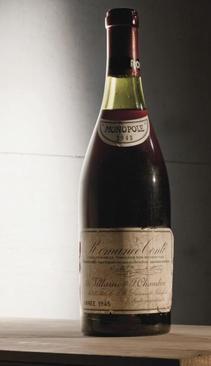 From 10 most expensive wines in the world above, which wine do you like to try?
I do not have any preferences - not a big fan of red wines... but like to take a bottle to my friends' party - good old Yellow Tail Reserve always help me - my friends value the quality and the great taste of it :o)

Would you like to continue a count down, no actially count up? Let' do it!

While the sale of some of these notable wines exceeds the price of a family-sized home, it has not deterred people from purchasing such rare vintage bottles that once belonged to Thomas Jefferson, or ones saved from a shipwreck. Some argue that a bottle of wine is more than what it seems -- it is actually a work of art. With that perspective, it becomes easy to see why some bottles skyrocket in price. Just better be sure that bottle isn't corked. 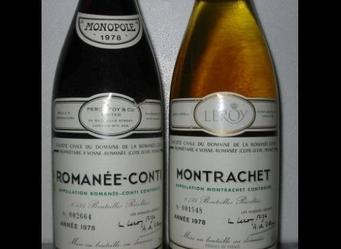 A collection of seven bottles of white wine from Domaine de la Romanée-Conti sold for almost $24,000 a bottle in 2001. Quite a pretty penny for a bottle of wine -- good thing they were still drinkable. 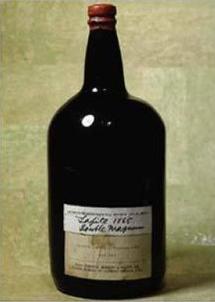 This 150-year-old double magnum bottle sold for $111,625. It belonged to a Florida-based business man and was purchased by a European private collector over the telephone. That makes it about $27,000 for a 750 ml bottle, and about $4650 a glass. 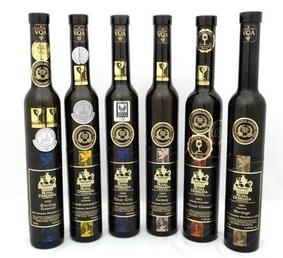 Ice wine, a dessert wine that is made from grapes frozen on the vine before the fermentation process begins, is more expensive than other kinds of wine. This one bottle in particular sold for $30,000 in 2006. You could buy a Mini Cooper for that price. 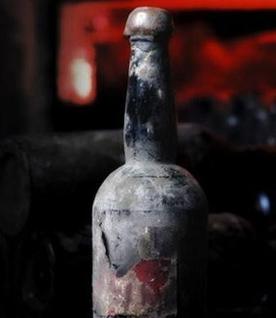 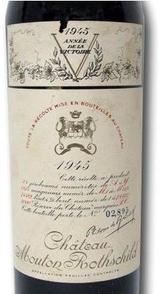 Belonging to the owner of Chateau Mouton-Rothschild's personal cellar, this 6-liter bottle was sold by Sotheby's New York for $310,700. That equals about $47,000 for each 750 ml.

A vintage Sauternes, this bottle was snatched up by U.S. wine collector for just $100,000. 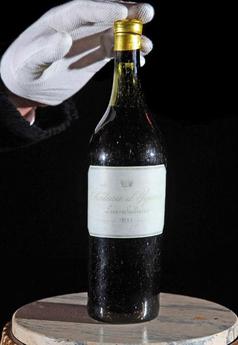 This bottle of Sauterne became the most expensive bottle of white wine to date when Christian Vanneque purchased it this year for $117,000. It is claimed to be one of the greatest wines in the history of Bordeaux and one of the most supreme vintages ever produced. 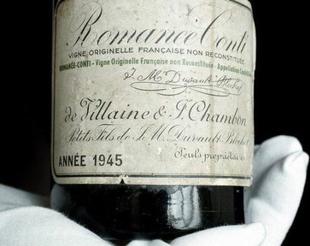 This wine was produced during WWII -- before the outbreak of phylloxera -- and only 600 bottles were created. Quite a rare wine, a U.S. collector paid $123,900 for this bottle. It was sold in record breaking time at Christie's fine-wine auction. 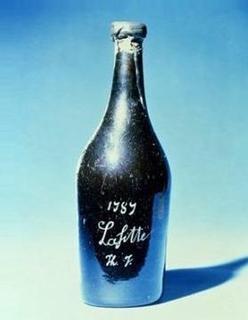 Sold in 1985 to Malcolm Forbes, this bottle was said to be a part of Thomas Jefferson's collection and features his initials on the bottle. Forbes paid $160,000 for it, which today equates to about $315,000. This wine is no longer drinkable, and was purchased solely as a collectors item. 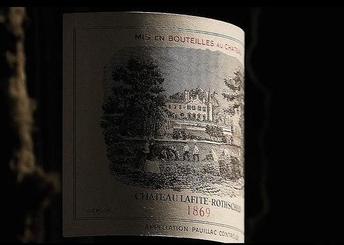 Estimated to reach $8,000 in value, this bottle ended up selling for $233,972 in 2010 to an anonymous Asian bidder. The auction house was absolutely stunned. Prices for Lafite are stratospheric in Asia; it is considered a luxury purchase and a much sought-after gift item. 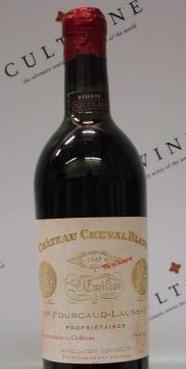 This bottle sold for $304,375. Known to be one of the greatest Bordeaux of all time, it was previously owned by an anonymous Swiss collector and was sold at an auction at Christie's in Geneva. It can still be enjoyed today and can even be kept for another 50 years without any problems. 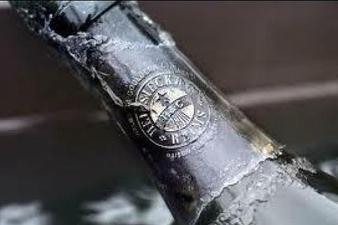 Lost in a shipwreck, this bottle was part of a shipment to the Russian Imperial family in 1916 and was discovered by a ship driver in 1997. Each bottle sold of Heidsieck sold for $275,000.