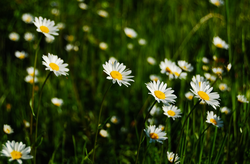 there is an interesting article i just found about BAs female and male aspect being in this role: hope you will find the author very observant and deep too - probably the bets on this website. i have kept reading his articles for a more than a year now and always find something to reflect on in my profession.

Women Have a Sixth Sense, Men Are Oblivious
Tales from Interviews

Say what you will about the life of a contractor, it's full of surprises. A seasoned veteran of the work-for-hire world, Don knew every gig came with a new environment and new people. So even though Inverness is no Edinburgh or Glasgow (it's more like the Scottish equivalent of Boise, Idaho), Don put his CV in for an IT manager role out there anyway. He was ready for anything... except his first phone call with Gordon, the company's hiring manager.

"I'm sorry," Gordon interrupted Don in mid-sentence, "you're a contractor?"

"That's right. More a consultant really, you see, I've worked for clients of all sizes, and-"

"You see, that's going to be a problem."

"Oh. Yeah?" Don's response was the verbal equivalent of a shrug; the job listing hadn't said NO CONTRACTORS.

"Yes, a problem. You see, I'm looking for someone who's going to stay with us a long time."

Don smiled to himself. He knew just the sort of contractor the hiring manager was afraid of, and happily reassured him. "A long time? Try me: I'm happy to work with a good client on extended engagements."

The line was silent as the long, slow Inverness years unrolled in Don's imagination. How many visits would it take, he wondered, before even storied Loch Ness would be just another lake to shiver beside, gazing at the tourists and longing for the great wide world to which they would be lucky enough to return...

"Still there?" The sound of the hiring manager's voice shook Don free of his vision.

"Good. You see, Don, I have a seven-year plan. I need a development manager who can commit to see my vision all the way through. Is that you?"

"Well-" Before Don could say "absolutely not", his interlocutor cut in once again.

"I thought I had something with the last fellow: eleven years at one firm in the same job, you see?"

"Is that... is that so?" Don wondered where this was going. He certainly didn't have any engagements that extended on his CV, and didn't intend to start with this one.

"Yes, seemed ideal. But it turned out he'd had two further jobs in just the past year alone! Due to redundancies, or some such thing. You see? Inability to commit!"

"I suppose I can see how that would be a problem," Don said. He couldn't see that, actually, but hoped if he kept the conversation going, an opportunity to politely exit would appear. Before seven years had passed. "So you're looking for someone who has had the same role for the past decade, or had multiple roles but within the same company?"

"That's right. Well, almost: the ideal candidate for this position would have held onto that role, you see? Held on tight."

"And that role, I suppose, would have to be exactly the same as what you're hiring for now?"

"Then I can see why my experience as a contractor would be a problem." Don saw his exit, and eagerly took it. "Thank you for your consideration, and good luck finding a candidate with the right... uh, motivation."

Years ago, I applied for a challenging job that sounded really great – it asked for a mixture of Linux and Windows experience, some database work, some light experience with Solaris, and a lot of Cisco and networking – all areas that, believe it or not, I had extensive backgrounds in.

I was called in for an interview, and everything went well. I had a great rapport with the manager of that department and the technical lead. So, they asked me to come in and interview with the IT manager. Well, no problem! I happened to ask a friend who'd worked there and she warned me that this guy was a bit of a jerk. Well, that sounded ominous, but it isn't like I'd be working directly for him, and I give everyone a chance rather than just taking someone else's word.

Immediately upon arriving, the manager asks me for a copy of my resume, even though he's holding one. OK, no problem, here you go. His questions are very curt... he obviously knows his stuff, but doesn't seem to want to take a lot of time. Interviews over, I get a cursory handshake and a distant, "We'll let you know." I figured that I had blown it somehow.

The next day, the recruiter that I had been working with calls me back and seemed really angry.

He says "Mr. Manager called me back, said that he asked for your resume and you were unprepared, and that you had shown up wearing a dirty T-Shirt!"

"OK, well, he wants to offer you the job anyway."

I almost lost it.

This guy can't distinguish me from some other candidate, and as upset as he is about this other candidate's behavior he wants to hire that person anyway? Nuh-uh. Not climbing into that rats nest.

The recruiter now really blows his top... he's yelling at me, "I sent you over there, you were representing me and my company, we spent a lot of time and effort on you, they offer you the job and you REFUSE???"

Mind Giving it a Try Anyway? (from Mohak)

In preparation for graduation from college, I interviewed for a software engineer position. The initial step was a phone interview with the hiring manager. It was a collection of some tricky logic puzzles – you know, the sort you hear being asked at Microsoft. Eg, "There are five pirates splitting 100 gold coins...", etc. Through the course of an hour and a half long phone interview, I had managed to more-or-less answer all of his questions and he had filled me in on the answers to ones I had missed.

Since I didn’t get it perfect, I thought that I wouldn’t be a pick for the job, but, to my surprise, I had done quite well, and the following day the recruiter called to tell me they were flying me in for the first of a day of six one-hour long in-person interviews.

When I arrived at the first hour-long interview was with the same hiring manager who I had spoken with over the phone.

He started off talking about how impressed he was at the way I had answered his questions on the phone interview, and then, he said he had prepared some especially difficult questions for me, because I had done so well before. This made me very nervous as I had found the previous questions very difficult too.

He asked me the first question and it seemed like the answer came to me right away. As I thought about the problem further, I realized this was because he had asked me the same question on the phone.

Out of fairness, I mentioned this to the recruiter and replied by saying "I’m positive that I hadn’t asked the question in the phone interview…we have different phone and in-person interview questions – could you just answer anyway." Not knowing what to do, I solved his problem from memory, thinking this would at least have us moving on to the next question.

The next question proved to be another he'd asked on the phone. Again, I mentioned that the question seemed familiar, and again he told me to try to solve it anyway.

We went through probably seven or eight other questions, all of which he had previously asked me on the phone. At some point, I had decided it was easier to just play along, and began honing my acting skills - pretending to think hard for a few moments before answering from memory.

Then, he asked me his final and "toughest" question and got up to leave, saying that we only had a couple of minutes and it was unlikely I was going to be able to come up with the answer in that time. Knowing the answer from memory again, I simply asked if he would mind if I gave it a try anyway. I then pretended to think really hard for about half a minute before blurting out the correct answer. I saw his jaw visibly drop somewhat. We shook hands, I thanked him for the interview, and then he left the room and the next interviewer entered.

I feared that they were going to dismiss me, or that he was going to re-interview me, because he had realized his mistake with the questions. Instead, he pulled out a largish stack of papers and told me that I was the smartest college student he had ever met, and that he was making me an offer for the position. I was absolutely floored at this turn of events, and we spent the next several minutes discussing the details of the offer.

I walked out of their offices about two hours after I had arrived for six hours of the first of two rounds of interviews, a great offer in hand, and a look of befuddlement at what had just transpired.

Needless to say, I did not take them up on the offer.