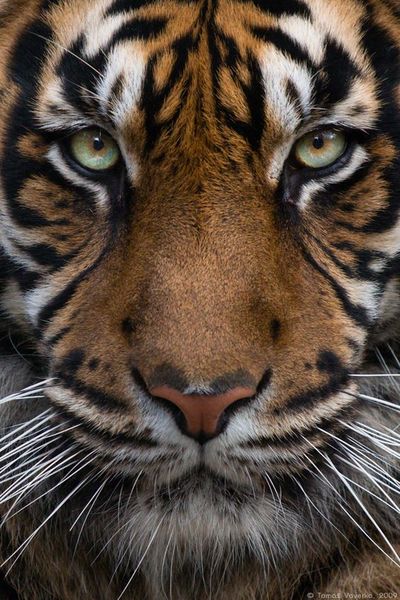 The other day I taveled a fare distance to the ocean side I had my old friend calling me out of the blue. We had a long conversation on ownership and love... This was the essence of our discussion.

the nature of ownership in the nutshell. You get born. You are raised by your mother, you are owned by your mother, then your parents, kindergarten, then school and its teaches own you, your friends, University, your school-mates, your co-workers and your boss after you start working, your wife or your husband, then your own family: your kids, your mother in law, your new friends etc etc - you march through life and you are never alone - everyone wants a piece of you - the list never ends, the list of owners of You continues on year after year. It shapes you. You live according to their expectations: you behave in the frames of your son, your friend, your brother, your husband: you must be a good employee, a dad , a granddad, a partner etc etc... The thought forms of the others change you according ti how they see you, according to their expectations about You. When do you finally own Yourself and know who you are you might be already very very old, you find your own core, your own world, you understand what you really want from life, not what the others expect of you might be already close to the death bed. But when do you become a real You? Some people never do.

Once a week at least try to spend time with your Self if you can: at least 24 hours: see inside of you and figure out what that child of yours always wanted to be, find out what is missing, re-built yourself not for the sake of the others, not for the expectations and believes of the others around you but in line with the real source that has created You: pure, free and divine... week after week see how you will transform and what will appear new in your life.

Then we started talking about Love too... Here what I found from my old notes and publications on Osho, the ownership and much more that many of you will find remarkable - I hope it will ring the bell...

I am neither for that nor for the Eastern stupidity that the woman should be treated as a commodity. Why can’t men and women exist as friends, equal although utterly different? What is the need of there being either private property, a private ownership of women, or a social ownership? The very idea of ownership is wrong. Nobody can own anybody else.

If understanding grows in the world, parents will not even own their children. They shouldn’t, because the idea of ownership is dehumanizing. Children come through you, but you don’t own them, they are not your property. Love them because you have given birth to them, but don’t try to make them imitators. Don’t use and exploit them for your own ambitions. Don’t claim that they belong to you. They belong only to existence and nobody else.

Love should be the primary phenomenon, and then you can be together. The togetherness should be a friendship and a responsibility. When two persons love each other they are responsible, they care for each other. No law is needed to create that caring and that responsibility; no law is capable of creating it, either. At the most, it can impose a certain formal structure on you which will destroy your love, your friendship.

As the society becomes more and more alert, and more and more conscious, as it is becoming every day, marriage is going to disappear. Instead of marriage there will be friendship. Just as in the past husband and wife were beautiful words, in the future girlfriend and boyfriend will take a very respectable place.

Meanwhile, because you have to live in a society you can go into marriage, but marriage should remain secondary. It should be only because you have loved each other; it should come out of your love, not vice versa. In the past it has been tried - first get married, and then love each other. That is impossible. Nobody can manage love; it is in nobody’s power to create love. It happens when it happens.

If marriage comes first, there is almost no possibility of love ever happening. In fact, marriage was invented to prevent love because love is dangerous. It takes you to such high peaks of joy, ecstasy, romance, poetry that it is dangerous to the society to allow people to soar so high, to see something of the height and depth. Because if a person has known love, nothing will ever satisfy him. Then you cannot satisfy him just by giving him a big bank allowance, no. A big bank balance will not help. Now he knows something about real richness.

If a man has loved and lived those ecstatic moments, you will not be able to attract him towards power politics. Who cares? You will not be able to force him into ugly inhuman jobs. He would like to remain a poor man, but his love flowing. Once you kill love - and marriage is an effort to kill it - once you kill love, then the energy of the person that is no longer moving into love is available for the society to exploit.

But the society needs destructive people. It needs great armies: it needs armies of politicians, it needs armies of clerks, stationmasters, et cetera, et cetera. It needs people who are ready to do anything, because they have not known anything higher in life. They have never touched any poetic moment in their life. They can go on counting money their whole life and thinking this is all there is.

Love is dangerous. I would like that love become available to each and all. And if marriage happens at all, it should be a by-product of love and it should remain secondary. If two persons want to get married, both have to agree to it. But for divorce, even if one person wants to divorce, that should be enough reason to divorce. Two persons need not agree for divorce.
...They should be told, “Wait for two years, live together for two years. And after two years, even if you still want to get married, come back.”

But anybody can go to the marriage office and get married, and nobody creates any disturbance. This is absurd. And when you want to get separated, then the whole court and the law and the police and everybody is there to prevent you. The society is for marriage and against divorce.

I am neither for marriage nor for divorce. In my vision there should be only a kind of friendship between people, a responsibility, a caring. And if that day is far away, then meanwhile marriage shouldn’t be allowed so easily. People should be given a chance to test each other, to live in all kinds of situations. Just out of a poetic vision, just out of a first sight love, marriage shouldn’t be allowed.

Let things cool down, let things become ordinary. Let them see whether they can manage with ordinary life, with day-to-day problems, and only then allow them to get married. That too should be temporary. Maybe every two years they have to come back to renew it; if they don’t come, it is finished. The license should be renewed every two years, and whenever they want to separate, no problem should be created. This is my attitude. I am not against marriage but I am for love. And love has to be the decisive factor.

...I am not teaching sex, I am teaching love. But in these people’s minds, love and sex make no difference. In their minds love means sex because they have not known love, they have only known sex.

Love and sex are far apart. Sex is a biological phenomenon, love is a human phenomenon. And what is the difference? Biologically, nature is interested in you so that you can reproduce, so life continues. Sex is a reproductory system. So in nature, sex has no other meaning, no other significance than reproduction. It is only man’s glory, his dignity and freedom, that sex is, by and by, becoming free from biological hangovers.

Sex is becoming play, fun, celebration. When sex becomes play, fun and celebration, it starts moving towards a new quality that is love. Love is not needed for reproduction. Love is an art like music, like poetry, like painting.

The difference is such - animals eat, man also eats; as far as eating is concerned there is no difference. But watch closely, whenever animals eat, they move into a place where nobody can see them eating because they are always afraid that the other may start taking something from their food. Animals eat alone.

It is only man who likes to eat with people, who invites people, who makes a celebration out of eating. That is new, that is something utterly new. It doesn’t exist in the animal world. Animals eat just to fulfill their bodily needs. Man brings some aesthetics to his eating habits. He will prepare the food, he will prepare it in beautiful shapes, and he will give beautiful colors to the food. And he will have eating manners. He will arrange the table, and the flavor, and the lights and the incense; and friends together, talking gossiping - music, and then he will eat. Now eating has taken a totally different turn. It has become an art.

Such is the case with sex. In animals it is only a reproductive phenomenon.

Two lovers can simply sit holding hands, looking at the full moon. There is no need of any sex to enter it necessarily. It is enough, it is immensely satisfying. Two lovers can read poems to each other, sing a song together, dance, hug, hold each other. Sex is not a necessity. If it happens, it is good. If it does not happen, there is no hankering for it to happen.

Love is its own fulfillment. Love (warmth) is going higher than sex. I teach love. And if you know love, you will slowly, slowly start moving beyond sex.

Love certainly brings sex to a higher plane; it helps sex to move beyond biology towards spirituality.

In love, sometimes sex will be a part. In prayerfulness, sex will disappear completely. Love is the bridge between sex and prayerfulness. Don’t get stuck on the bridge, go beyond sex.

But all going beyond is always going through. Hence I say don’t reject sex, otherwise you will never be able to know love. Transform sex, don’t reject it. Anything rejected remains hanging around you like a lodestone.