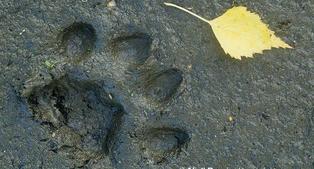 another nice article i found today. I really like this author. the article is on noon-verbal cues. as we all know the conversation usually happens not with words but on a different non-verbal level. it's an energy that is involved in the process. 90% of your communication  is non-verbal. a person can tell you he is happy to take and complete this task and get an answer for you in a couple of days but your sub-consciousness receives an opposite - he might never do it. we as BAs engaging business people in an important conversation at the meeting need to make sure we stay tuned and observe what happens on the non-verbal level. they are face expressions, gestures, mimics, body language, postures, eye connection and more that we can not describe in words.but have to sense during the business discussion. once again: the link.
very good link for interview scheduling and talking to your agent NEW
Tales from Interviews

So, in a bid to find more exciting work than his small hometown could offer, he packed up and moved to London.

Steve worked a few contract jobs here and there to get by while he researched possible career paths - hoping to find the ideal match for his background in math – when he received an email from a close friend.

It didn't take long for Steve to decide that he wanted some of this.

A phone interview lead to an onsite interview with the development manager which finally lead to an invitation to meet with the company's founder – a somewhat eccentric professional who insisted upon the title of "Doctor" to reflect his earning a doctorate in computer science years earlier, but as Steve came to learn, everybody simply referred to him as "the MD".

When the day arrived, the interview started off well. There were a few questions from the HR manager, who was also sitting in on the meeting, as to the expectations of the position and what the company could offer. Steve was starting to relax until the MD walked in to begin his part of the interview.

Without a word of introduction, he sat opposite in the boardroom with an expression of barely disguised contempt.

He read through Steve's CV before asking some questions about a relatively meaningless job Steve had during his school studies.

"Hmmm...It says here that you spent one semester working in the university's computer labs, tell me about that."

"It was a great experience. While there, I helped students and faculty, but my real challenge was-"

Steve answered each of the MD's questions, trying to highlight, as best he could, of the significance of these roles in comparison to more relevant positions that he had, but seeing as he kept getting cut off mid-reply, it didn't seem like the interview was turning out so well.

As the back and forth continued, more and more, the expression on the MD's face changed ...was he getting...angry?

The MD's change in attitude made Steve feel more and more tense as he tried to desperately figure out what it was that he was doing that could be making this man so upset.

The next ten to fifteen minutes proved to be excruciating as Steve described a recent contract job inventorying network switches at for a local supermarket chain – a position that he had for just over a week - in more detail than he'd ever considered possible. Steve wondered, Why was he picking on this single job in particular? Is there some contradiction and he's trying to get me to admit to my mistake?

Steve was nearly at his wits' end with the aggressive questioning when, in a move to suggest exasperation, the MD dramatically turned Steve's CV over.

Instantly, the MD's facial expression relaxed, before shortly thereafter moving to one of embarrassment. In the last ten minutes of the interview, he proceeded to ask Steve a few lightweight questions about his degree and about time spent at companies actually relevant to the role before concluding the interview.

Steve left the room absolutely baffled at what had happened, but later that same day he received a job offer from the company. Steve accepted and, as it turned out, it was indeed a great company to work for ...even if the founder was a little strange.
Trouble With Founders, the Lost Candidate, and More

Trouble with Founders
A few of my friends (all CS people) were attending a startup mixer hosted at a little airport near our university. At one point, we all got kind of bored of talking with everyone, so we stepped outside to look at the planes. Soon enough, some business people in suits noticed the nerds talking outside so slowly started approaching.

They started talking with us, trying not to be too obvious about their intents. They asked where we were from and we told them our college. We asked what brought them here, and they said they were starting a company. We asked what it was for and they responded "Data Analytics". At this point, we were a little curious, so we tried to get some more information, and then they gave us their wonderful pitch.

"Ok so you know Star Trek?"

"Yes." most of us replied - after all, this was a group of CS geeks after all.

One of the suits laughed, "Heh. Great! Ok, so imagine you're Kirk, you turn to Spock, your technology officer and tell him, Spock, we've got a problem with the warp drive! And then Spock will plug data into his machine and tell you what's wrong. That's what we want our machine to do. It's going to like Siri but for data analytics."

Then, the other suit piped up, "Ok, here's the kicker: it's going to be agile coded, entirely in HTML5!"

At this point, my friends and I started glancing at each other, trying to keep it together.

One friend in the group decided to ask another question, "So, are you guys technical?"

"Oh no man, we're dreamers, we're entirely conceptual, although my friend here(One co-founder points to the other), he's much more technical than I am."

At this point, the technical fellow seems to want to show that he knows how to talk to us nerds.

"So ya, it's entirely in HTML5, all in the cloud, except, one thing I want to do, I want to kill this whole cloud thing, it's all just a network of computers, it's been around for ever, I hate that cloud name, just call it a network, but our network will be different. It will be an intelligent network that will be completely client-focused...Network 3.0. By leveraging the social web, we'll redefine the semantic web, and then get filthy rich!"

At this point, we just smiled and nodded, waiting for our opportunity to sneak off.

Moral of the story, if you're pitching a startup to CS people, first off you should get your Star Trek facts right, and also, you should really not suggest coding up one of the most advanced data analytics programs in a markup language.


Wasted Candidate
A promising candidate for an open coder position emailed his CV and it was so good that we invited him to a half-day interview the following morning. A spoken interview proceeded by a 1 hour written test.

So this candidate comes and I am called by entrance people to pick him up. He is 5 minutes early, which is good. When I get there I was told that the candidate went back to parking lot to secure his bicycle and to just wait for him to come back. I see candidate from the window, hesitantly going one side near the loading dock (we are in a private park with lots of buildings, so it's common for people to be a bit disoriented), then another side near the parking areas(may be i should help him find his bicycle), then a third side around the garbage bins where I finally lost sight of him. I waited a total of 25 minutes when I received a call from Human Resources:

"He said he won't stay for interview, because we didn't treat him with enough consideration."

I was dumbfounded. There's a huge map at the gate telling everybody where the current entrance is, (with a bicycle, it's a 2 minutes trip). For crying out loud, he actually spoke to someone who was in the building.

"And he said he came for an interview, but not for a technical test, he is not prepared for that"

Despite his credentials, I decided that it was best to accept the loss of this potential candidate.

I thanked him for his time and got up to leave when the interviewer countered "we're not through". I pointed out that he knew nothing of my skills, but I now knew everything I needed to know about him, that HE failed the interview, that he had wasted enough of my time, thanked him for his, and walked out.
there is an interesting article i just found about BAs female and male aspect being in this role: hope you will find the author very observant and deep too - probably the bets on this website. i have kept reading his articles for a more than a year now and always find something to reflect on in my profession.