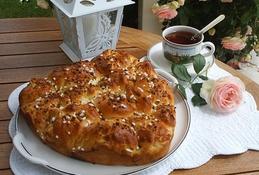 I love mushrooms. Each time I eat them (even very simple ones like white or brown champignons that you can buy at any grocery shop) something magical happens in my life: new gates open up, new information revealed, new planes discovered and new questions answered... So keep eating them especially the ones that are not cultivated but grow in the wild. Just please be very selective when you pick them up and know what you are doing as “all mushrooms are edible but some of them only once”. As a matter of fact 80% of mushrooms are poisonous and some of them become poisonous depending on the season and the weather which is quite tricky (better to say here: they can be consumed in very small tiny amounts and they do not poison your body but they can change your psychic in a dangerous way and that’s why all mushrooms should be approached with deep respect).

Stuart Wilde writes: “The ancient Celts were very wise; they had lots of mystical practices and healing methods.
They had a love potion made of mead (a fermented honey drink) mixed with magic mushrooms, which is way stronger than Viagra. Sadly the mushrooms became illegal in Europe and so did St. John’s Wort supplements; a herb that people use to alleviate depression…” Read more here: http://www.stuartwilde.com/2012/02/love-potion-number-nine/

This is what Stuart writes about mushrooms: in his book
Stuart Wilde Unplugged: A Dictionary of Life
"Mushrooms
Mushrooms are one of the most interesting things on the planet. They come up overnight, which tells you something. They are good to eat and some of them are very pretty colors.
Magic mushrooms are very strange. And I’ve stood in a field of a thousand magic mushrooms, and not been able to see a single one. Then, some children came along and they saw them all, and they picked them. So I followed the children, because children are not stupid, and they gave me the mushrooms. Well, some of them.
I have read over 10,000 books. The greatest literature, the sacred texts, all the modern teachers, some of the ancient ones, the Greeks and so forth, mathematics, cosmology, physics, self-help, gestalt therapy, all of the above. And I learned more in one day on mushrooms than I ever read in a book.
Mushrooms are illegal in most places, because the authorities sure as hell do not want you to figure out what is real and what is not. If you eat mushrooms you better be brave. Because they will show you something that is very spooky which is also very beautiful. Magic mushrooms are God’s gift to us lowly humans. However, I would suggest that you stay away from peyote, because it’s a cactus and makes you throw up, and it always comes with a rather dubious Indian gentleman who is rather pompous, and arrogant, and he usually wants something from you..."

If you are learning about healing you should have heard that shiitake mushrooms are very good for you as they have fantastic healing properties. The prices are very high for these mushrooms because of that reputation. As a matter of fact all mushrooms have healing effect on you: some more some less but all of them are serving some distinctive purposes here on Earth – remember that there is nothing created here without any purpose. Just treat them with respect and if you use them for seeking questions answered (as this is the only purpose that some mushrooms should be used for) please be careful and get supervised on this journey – it is easy to die, to destroy your self or become very sick even years after if you do not know what you are doing.

Mushrooms can help you to open channels to Aluna world and depending on your approach they can take you to both dark or to light (so set up your purpose before you travel and never use them with any serious purpose in mind).
Please keep in mind that according to some theories first human awakening in 3-D plane happened because he ate mushrooms (just like Alice in the Wonderland did). This is how Stuart Wilde describes this process: “While he slept, a being came to him from another world, and it placed six psilocybin mushrooms on his chest, three down one side and three down the other. When the man woke, he found the mushrooms and being hungry, he ate them. Awhile later, the mushroom's affect took hold of him, and his brain that had been previously dormant, clicked into action, and the man rose and stumbled off to find others, who had also walked into this three dimensional plane on exactly the same day. I would presume women got here in the same way, at the same time as the men.”  Read more on this: The Origins of Man in the Mirror World-Aluna. Mushrooms can take you to another world but they can damage you too.

Today I will be cooking mushroom soup out of Honey Agarics (famous European and Russian Autumn Opyata).
Approaching my mushrooms with reverent way, I also use

white onion
carrots
butter (or better - olive oil cold pressed)
potatoes
spices, black pepper and sea salt
bay leaf and my dear
honey agarics mushrooms
(some handful of oat meal can be added in your soup if you feel like it)

Chop one onion in small pieces and fry it in hot oil. Add shredded carrots and potatoes. Add boiling water. Wait till the soup starts boiling then add your mushrooms, spices and salt. Wait till it starts boiling again and switch it off immediately. The soup will be ready in about half an hour after you switch it off. Enjoy your simple, healthy and tasty meal with some sour cream! You can use sweet potatoes instead of white if you have any concerns.
I just remembered the last bit…
I remember going to the forests close to Moscow city picking up mushrooms with my family (it was called "hodit' po griby"). We had more than 10 different varieties of mushrooms in our baskets (some of them were edible raw, some of them needed very light cooking, but some required long and neat treatment/cooking as they contained some very bitter milk).

Back in Russia we always considered white mushroom (porcini) was a King of All Mushrooms because of its remarkable sweet taste, rich white flesh, larger size and because it was always extremely hard to find.

The most dangerous were pale pagans (death cap, death cup, toadstools or Panaeolus Rickenii) and fly-killers (Amanita muscaria (Fly Agaric)). If we as kids saw it in the forest we were scared to death.

We picked up
the following mushroom varieties:

According to Russian traditions you can not go to the forest with no shoes on as you might find only old mushrooms that are not edible. You also need to wake up early in the morning as you can “sleep in all mushrooms”.

Some time ago we went for a walk around the Sugarloaf Lake in Melbourne. It was spring time so the lake was larger than usual. We set up a challenge for ourselves to go around the whole lake. The road seemed never ending and so exhausting and wild we almost gave up on getting by 5pm to the front gate where our car was parked. We ran the last two kilometers of our unplanned and unprepared trip (crazy Russians we were!). We finally made it by 5pm just before the gates shut down.
But the most remarkable thing happened in the middle of this wild walk when we decided to take a rest after endless turns of the lake water sleeves full of marshes and wild birds. There was a high place above the lake with lash tall green grass and daffodils. We just stopped suddenly speechless because of the picture we saw in front of us: huge mushrooms the size of beside tables were covering almost the whole meadow. I would not exaggerate if I say they were around 40-50cm in diameter and there were so many of them! The whole place seemed very mysterious because of these monster mushroom energy around it. But we had no choice – we had to have a bite to eat and some tea to drink to be able to keep going… The Mushrooms silently observed us while we were finishing our humble tea, bread and cheese… It was an experience that I could not forget for more than a year now…