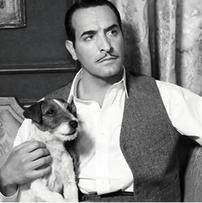 The actors are absolutely marvelous.... When he smiles the whole world smiles with him... Add to this 99% of the film there is no sound and it is black and white and - you are having a perfect time remembering a naive era of your grandparents... The music is fantastic, the dancing is breathtaking and the dog... oh, darling Montmorency - where are those days?! Triumph and failure, fame and disaster. What a beauty mark!
Rate 7.5/10
Shame
A movie about complicated relationship with Self and with the world around you. The music (especially the song that Brandon, the main character's sister Sissy sings a slow version of New York, New York in a night club) is amazing, the camera is incredible (especially when his jogging through the city is fimed in one shot) and the rest of it - I leave for you to judge.
Rate: 6/10
The Grey
This movie reminded me about Jack London novels and stories about Alaska and wild North. Or may be it is another Bear Gryll's adventure taht he did not survive? So interesting to see how man fights the wild (wolves and bad weather conditions), the wild which is smarter, brighter and better organized than he is in his own pack. I loved the movie (close your eyes on blood, dead, weak and injured). It is so easy and so hard to die. So hard when your life can be taken away from you and you are not ready and so easy when you make your own decision to end it. There is only one small detail that I doubted while watching it. Long time ago I read a book called: "Don't cry "wolves"!" by an American author who shared his life (something ikke 4 or 5 years) with a pack of wolves in States. He writes about how friendly, shy and peacful these creatures are and how they try to stay away from humans and big prays (dear) and mainly hunt for mice and frogs and how humans are wrog about wolf's evil nature etc. It makes me think this movie was not really about wolves but creating and fighting with your own illusions and fears...
Rate: 8/10
Marilyn Monroe's Mystery event - Nobody Else but You (Poupoupidou) from ALLIANCE FRANÇAISE FRENCH FILM FESTIVAL 2012

It was a real treat for International Woman's Day from Palace Cinemas when I sent my entry to the Palace Cinemas "same day competition" and won a double pass to see this wonderful movie. More to that we got the passes to a special night event: with French cheeses and French wines and champagne followed by the Melbourne Première of Nobody Else but You - French movie. The organisers asked all to dress up as Marilyn Monroe in order to win a prize. No one did (as it usually happen - I got used to it already as I rum my own events and people do it lazily. I could not do it myslef due to different figure shape). The prize eventually went to an invited gorgeous lady-actress who was dressed up as beautiful Marilyn Monroe. There were also 2 more follow up prizes that were raffled by a row/seat number and drawn before the movie started. The cinema was full and there were lots of French speaking people there.

Anyway about the movie... It was the best we saw in the last two months (my husband and mine decision). Nobody Else but You a dark comedy but a very delicate one indeed. The actors are absolutely marvelous and strong. the movie is set up in French and Swiss Alps on the boarder with the amazing winter sceneries, lots of snow and snowflakes. There is lots of nudity in this movie but it does not look odd. The main character, David Rousseau (Rouve) is a famous writer. He travels to the distant mountain village of Mouthe and as it usually happens with those famous, he runs out of inspiration. And what he sees? No, not a naked woman that inspires him instantly but her corpse and the story that is unraveling behind it. The dead woman is Candice Lecoeur, the most attractive girl in that small town. She is also famous for her local cheese commercials and weather broadcasts where she appears in her birth clothes... I will not tell you the rest of the story... Please watch the movie so we can discuss later... It's light and de-light! Watch it before the Festival is over!

Very grateful to Palace Cinemas and ALLIANCE FRANÇAISE FRENCH FILM FESTIVAL 2012 for our great gift for International Woman's Day - we enjoyed it - thank you!