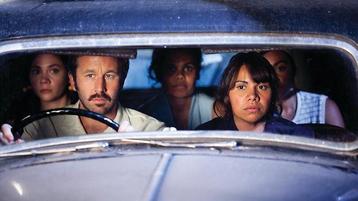 There are some thoughts after watching this movie...

Lots of inventions are made by pure chance... with no intention to invent... Suddenly a feather duster turns into...hm...

It is very hard for the science to shine through the darkness of easy money making and mind rigidness if I can say so...

The subject is very very delicate but we both laughed hysterically on some episodes...

When the movie is set up in 19th century and you pay attention at every small detail and you feel something is wrong and something is missing... Not enough budget? Not enough understanding how it should be done?.. I suddenly remembered a Russian movie about one Russian director who was supposed to make a movie about not that famous Russian poets of the beggining of 20th century and the White Guards and how he tried to do eberything right. In the movie the director while discussion the budget with investors mentions that Russain hite Guerds were trained at the Tsar's army - they had a special posture, a special ammunition - leather gloves and expensive outfits. The director wanted everything to be right - "They are very very small details, - he said, - but the audience will watch and they will never believe, they will not know why something is wrong but they will feel it is not right and they will not believe...Everything should be truthful and believable..." That was the part that was missing in this movie - too much of this and too little of that... The snow looked too fake, the set up looked too artificial as if someone tried too hard... I am sorry to say this... For us it looked like if the topic is sensible they could miss up on very important movie aspects - dear Hysteria movie director, please note that audience are not idiots! - thank you! We lowed the rate only because of the movie set up aspects were neglected or cheaply and falely made.

What would you do if you were bullied? Keep it for yourself?
What would you do if your child was bullied? Would you blame him for being reserved? What if this is too late to blame anyone?
What would you do if you were a teacher, a school principal, a detective, a sheriff? Would you just say you did everything possible? how would you look in the eyes of parents who lost their child and no one did a thing to assist them?..
...and\what would you do if you were a president to prevent this happening EVER?
I have some ideas to share...
I watched this movie and I was full of anger and depression and my eyes were full of tears... The problem has been ignored for years. What can you do? "The boys are just cruel at this age..." - how can they say this without hope?.. The words are pronounced by people in power to protect us and our children from this.
If we all do it together we can all change the world!
Let us know your thoughts please... We will publish them here...

This is an adventurous and witty (with lots of LOL moments) story of four indigenous talented girls who formed a group called Sapphires that traveled to Vietnam in 1968 to entertain and sing for American military troops during the Vietnam War. The shooting is made in New South Wales and in Vietnam with amazing nature scenes.  The movie is inspired by a true story. The girls and the rest of the actors are so alive you would want to go on stage and sing with them! The movie also talks about race and treatment of Aboriginal people in Australia. The audience was applauding at the end of the movie: the films was really edgy, spontaneous, as well as it was emotional, spiritual and brilliantly done overall. Our personal opinion: great music, good performance and lots of fun.

Our opinions on this movie split. Alex did not really like anything about it and he did not want to rate it. he found it empty and he did not understand what the director was trying to say and what the actors were trying to achieve, there was no message there. He said that is was boring to watch people eating and hugging for the whole movie. He found it way too long for the director to say what he wanted to say; Alex also refused to rate the movie.

I on the contrary found it rather interesting with deep psychological meaning. What ever you do in your life - at the end you are left with yourself and no one else; not here and not there, not in between, but just a pure reflection of self.

I put just for myself:

This is one of the most weird movie that we have seen in the last couple years. Weird to the extend of totally not sunderstanding the point the director wanted to deliver up to the deep disappointment. It was way too long to the tolerant viewer, way too messy with characters’ most unpredictable behaviors I’ve ever seen on the screen – today she is upset and not talking to you with no apparent reason, tomorrow she kisses you and bakes you pies. I got tired of wasting my emotions. May be I do not understand Hungarian character at all but the movie plot drove me crazy... Alex had the same opinion as he did not understand why the maid did not let anyone in her flat – there was not obvious reason for that and nothing to hide. Something mysterious appeared to be a couple of cats? We could not believe that this story was made based on nothing…

Sorry but we rated it low:

It's an unbelievable diversity of cultures, attitudes and world visions through the eyes of 11-years old boys and girls from around the world: very deep and imaginative girl from Czechoslovakia, proud of her origins aboriginal girl from Australia, famous to be - boxer from England, very kind smiles - from Thai children, hard to understand - Moroccan, some funny in his way - a boy from States, extremely poor but happy kids from India, scared to speak out - from China and Japan, thoughts of 18-years old man coming from 11-years old French boy, rapping boys from Jordan, Jewish happy talker, German young philosopher and many many more. The director shows a generation that is not kids anymore but not yet they are teenagers. They all are trying to understand how the world works and what works for them in the world. You can already see their destinies in their eyes and what they plot for themselves at these age but some of them just have no idea yet as everything is done for them or they simply do not care... They have different dreams: houses, longer weekend or no county boarders. It's amazing to watch how The Grand Soul chooses Its experiences... Shot in 15 countries, the movie explores what these kids think about their countries, about the other countries, about terrorism and global warming, about love, girlfriends and boyfriends, war and peace, religion and music, leisure and romance, family and their own future, what they like and what they don't like. They are innocent, open, talkative and curios like all kids on Earth, they are the ones who will inherit the Earth and will share their soul grace and values with the others. Thank you! The audience was very grateful and we all applaud at the end of the movie.