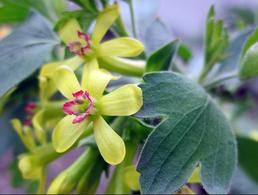 Do long married couples look alike? I tried to find some information on the internet and this is what I found with the help of Live Science

Why Some Old Lovers Look Alike

Forget about opposites attracting. We like people who look like us, because they tend to have personalities similar to our own.

And, a new study suggests, the longer we are with someone, the more similarities in appearance grow.

Researchers set out to investigate why couples often tend to resemble one another. They asked 11 male and 11 female participants to judge the age, attractiveness and personality traits of 160 real-life married couples. Photographs of husbands and wives were viewed separately, so the participants didn't know who was married to whom.

The test participants rated men and woman who were actual couples as looking alike and having similar personalities. Also, the longer the couples had been together, the greater the perceived similarities.

The researchers speculate that the sharing of experiences might affect how couples look.

The idea that there is a connection between appearance and personality might seem odd at first, but there could be biological reasons for a link, said study member Tony Little from the University of Liverpool in England.

"Testosterone is linked to masculine face shapes and it also affects behavior," Little told LiveScience. "Also, the face displays our emotions and over time emotional expressions may become written in the face."

For example, someone who smiles a lot may develop lines and muscles that are suggestive of someone who is happy.

Other studies have shown that partners who are genetically similar to each other tend to have happier marriages. Similarities in personalities and physical features might be one way to gauge genetic similarity. 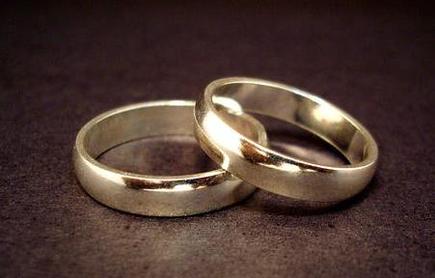 The new study, to be detailed in the March issue of the journal Personality and Individual Differences, indicates that people home in on a variety of different features when using facial appearance to make decisions about someone's personality and that the particular cues focused on change from face to face. Vital to the decision, however, are eyes and smiles.

"Smiles are important social cues that may tell us whether or not someone is friendly and eyes are also a traditional focus of attention," Little said.

Overall face shape can be important too. For example, the combination of masculine features, large chins, and dominant brow ridges can create an impression of disagreeableness and being unwilling to cooperate, Little said.

The researchers are currently looking for people who are both single and in relationships to take part in an online study to investigate whether an individual's physical and personality traits influence their personal preferences. More information can be found at www.alittlelab.com.

As long as you aren't related, marrying someone who looks similar to you is advantageous, says Philippe Rushton, a psychologist at the University of Western Ontario. We use physical likeness as a way to assess underlying genetic likeness, which can cause us to be subconsciously attracted to reflections of ourselves. In evolutionary biology, the phenomenon is called "assortative mating," or "self seeking like." By mating with people who are genetically similar, you ensure that "your own segment of the gene pool is safely maintained and transmitted to future generations."

Rushton and his colleagues have shown that the more heritable the physical characteristics, the higher the chance of mating between individuals with those particular traits. Height and wrist circumference, for example, are far more inheritable than waist size. "If you look at spouses across these characteristics, they are the most similar on the more genetic components," Rushton says.

Robert Zajonc, a psychologist, found that physical likeness between couples increases over time. Through the years, couples' wrinkles form in the same places because of a lifetime of shared emotions, he wrote in the journal Motivation and Emotion. Rushton hypothesises instead that lookalike seniors have always looked similar and that it just becomes more obvious as they get older. As you grow old, "lots of distinguishing features drop away, like flesh on the skin or hair on the head," Rushton says. "It's more the bony structure of the skeleton that's showing through."

But what about people and their pets? Psychologist Michael Roy of Elizabethtown College studies whether or not dogs and their owners resemble each other. He has found that, indeed, purebreeds do tend to mirror their owners, but not mutts. "Let's say you're very outgoing," Roy says. "You would choose a dog that is likely to run up to other people, too." 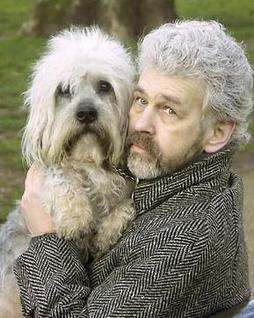 There is one more interesting article from How Stuff Works

Why do old couples look alike?

Among the raft of books, articles, jokes, rom­antic comedies, self-help guides and other writings discussing marriage, some familiar ideas often crop up. Few appear more often than the idea that many old couples look alike. You've probably seen it before -- two elderly people walking hand in hand down the street or sitting at a café, resembling each other so strongly that they could be siblings. Do these couples actually look alike, and if so, what's caused them to develop this way?

A study published in the March 2006 issue of "Personality and Individual Differences" may have the answer. Twenty-two people, divided equally between male and female, participated in the study. They were asked to judge the looks, personalities and ages of 160 married couples. The participants viewed photographs of men and women separately and were not told who was married to whom. The subjects consistently judged people who were married as being similar in appearance and personality. The researchers also found that couples who had been together longer appeared more similar.

This in itself may not seem surprising, but the study also offered some answers on why couples may look alike. To start, consider that life experiences can end up being reflected physically. Someone who is happy and smiles more will develop the facial muscles and wrinkles related to smiling. The years of experience of an old couple's marriage, happy or otherwise, would then be reflected in their faces.

Genetic influences are also a factor. A past study showed that genetically similar people have better marriages [Source: Live Science]. Such families have fewer incidents of child abuse and a lower rate of miscarriages. People also appear to be more selfless when involved with genetically similar partners.
In another study, a researcher at the University of Western Ontario determined that when considering friends or romantic partners, a si­milar genetic profile made up about a third of the selection criteria. We may think subconsciously that people who are genetically similar work better together. Consequently, we look for physical or emotional cues that tell us that this potential friend, husband or wife is genetically similar to us. Of course, couples shouldn't be too genetically similar -- in most cultures, relationships between close relatives are taboo, and geneticists agree that diversity is important to a healthy gene pool.Besides feeling that they work better together, why and how do people choose partners who are genetically similar? Asking for a DNA sample on the first date would be impolite. The answer may be equal parts personality -- derived in part­ from genetics and consistently ranked by people as important in a partner -- and the marriage models we have around us. In other words, many women say they want a guy like dad.
Displaying page: Good Advice Magazine >> Health and Beauty >> Relationship >> 17
Relationship other articles:  <<  19  18  17  16  15  14  13  12  11  10  09  08  07  06  05  04  03  02  01