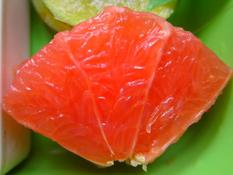 Coconut Oil - Nature's Miracle
Fats are not all alike. To lose body fat, replacing the fats you now eat with coconut oil may be the wisest decision you could make.

We often think that the less fat we eat, the better off we’ll be. However, you don’t necessarily need to reduce your fat intake; you simply need to choose a fat that is better for you. In other words you need to choose a fat that doesn’t contribute to weight gain. You can lose unwanted body fat by eating more plant saturated fat, in the form of coconut oil, and less polyunsaturated fat, in refined vegetable oils.

Coconut oil has many remarkable qualifies one of which is that it can help you lose weight. Yes, there is a dietary fat that can actually help you take off unwanted pounds.

Coconut oil can quite literally be called a weight loss fat. 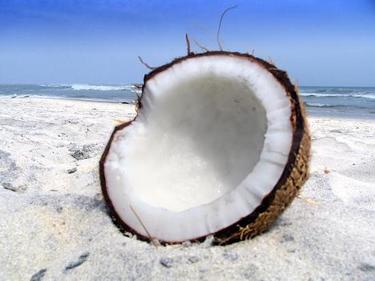 Coconut Oil is truly one of the healthiest oils you can consume. It contains no trans fat and is rich in lauric acid, which is known for having viral, bacterial and fungal properties. Coconut oil can even help to prevent wrinkles when used on your skin.

Because coconut oil contains saturated fat, there is a widespread misconception that it is bad for you. 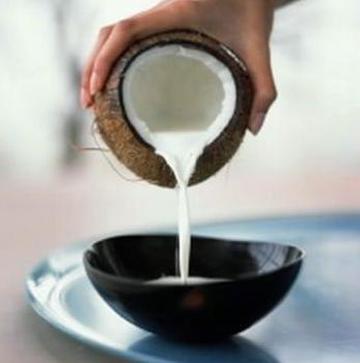 Depending on how many carbon molecules the fats contain, they are categorised as short, medium or long chain. Close to two-thirds of the saturated fat in coconut oil is made up of medium chain fatty acids, which have microbial properties. These fats are easily digested by the body for quick energy and are beneficial to the immune system. Far from being dangerous, the saturated fat in coconut oil is actually health promoting.

So how could such a bad reputation emerge from an oil that is so good for you? The answer comes down to simple economics and politics. A powerful hate-saturated fat movement began based on some flawed studies performed over four decades ago, which sometimes used primarily hydrogenated coconut oils.

Remember that hydrogenated oils are oils with trans-fatty acids. These have been altered from their original chemical composition and have been shown to raise cholesterol levels. They also have been shown to lead to heart disease and other health problems. You should not consume hydrogenated oils, whether it is coconut or another vegetable oil.  Most commercial coconut oils are RBD (Refined, bleached, and deodorised) - this means they often contain chemicals from processing.

Use only virgin coconut oil, not only certified organic but also including no GMO ingredients, bleaching, deodorising, refining or hydrogenation and come from fresh coconuts (not ‘copra’ or dried coconuts like most oils) that come from rural region of the Philippines untainted by urban pollution. 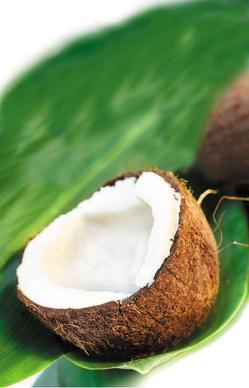 Read more here
Here's an awesome healthy desert alternative for you and your family.  Your kids will love this wholefood recipe - guaranteed to taste every bit as good (actually better!) than the processed sugary, fatty version they may be used to.
Ingredients:
1 cup ground Pecans
1 cup Dates
1/4 cup Cacao Powder
1 heaping teaspoon Agave
Icing:
1 tablespoon Coconut Oil or coconut butter
1 tablespoon avocado
1 tablespoon Agave
1/2 tablespoon Cacao Powder
Directions:
Process the ingredients in the Vitamix. Press into a pan.
Now process icing ingredients in your Vitamix. If you use the coconut oil right out of the jar (firm) it should get very creamy when blending.
Spread icing onto brownies and refrigerate for at least 20 minutes. Slice and enjoy! 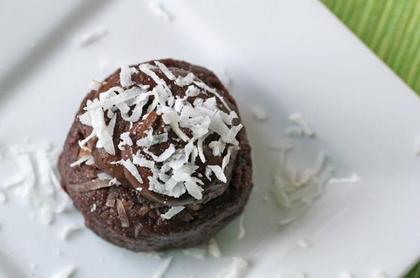 If there was a pump failure or major blockage in the city’s sewer system, it's not be hard to imagine what could happen. All of the pipes would back up when an immovable material came through, creating a gigantic crisis that would threaten the health of all who lived in the city.

Many of the devastating plagues and diseases that literally wiped out entire cities and communities arose from open sewers and improper waste disposal. If the sewer ever backs up, dangerous health problems occur!

Similarly in the human body, big health problems can stem from major blockages and toxic build up that occur over time in the digestive system.  Think again of the analogy of your digestive tract being the "River of Life" or "River of Death" depending on what you choose to float down the river (for the most part of your life). 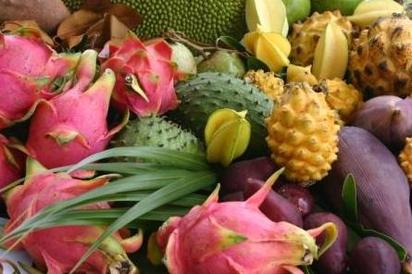 The digestive system can shut down if it becomes clogged with toxic residue because of nutritionally deficient "food-less foods" and "life-less drinks" ingested regularly over time.  The build up of toxic materials within the bowel can cause a condition known as autointoxication as the poisons in the bowel are absorbed into the blood stream, which ends up toxicating the entire body.

Why does this happen? It's no secret that the foremost reasons are improper eating and exercise habits.  Modern civilization, especially the industrialized nations, have the greatest bowel disturbances.  It's why there is a major "war"being waged on bowel cancer.  We're told that it's a mystery where bowel cancer comes from and yet native peoples living close to the land and nature do not experience bowel problems, and such diseases as diverticulitis and colitis are virtually unknown.

Colonic hygiene is central to the overall ongoing maintenance of health and vitality in the human body.  That's why colon cleansing and fasting every once in a while (giving the "house a rest" from the digestion of foods) is so critical for maintaining optimal health and remaining disease-free.  It's why colonic irrigation therapy is a brilliant ancient wisdom that more and more people today are using to assist with "house cleaning".  And it's precisely why clean water and a diet predominating in whole plant foods is so critical for maintaining a happy, healthy, clean digestive system. 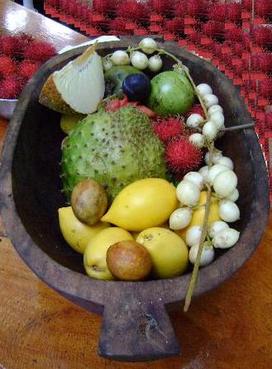 The further we stray from natural foods and the more we depend upon unnatural and artificial foodstuffs, the more certain it becomes that sickness and disease increase in frequency and intensity. The way we grow, harvest, process and market our food is at the root of much disease in our population.

I don't need to elaborate on the economic factors that today play havoc with the supply of food to the masses.  But again, it's why being self-care aware is so important.  It's why we need to THINK about what we put into our bodies and to take personal responsibility for that.

The beautiful thing is that despite the overwhelming influences of today's commercially driven society, we also have access to so many great life-enhancing things.  It simply gets down to the choices that you make for yourself.