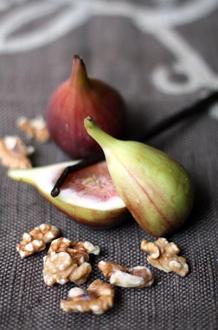 From the 20th Century until now, most of society bought into the propaganda of “ pre-determined bought and paid for medical/pharmaceutical research” which has been founded upon the completely false idea that symptoms are “something wrong” with the body.

The reason for the perpetuation of this “false premise” that has been perpetrated by the drug industry, is because 99% of all medicines, surgeries and procedures can only treat “symptoms” not “causes” of disease. So without the myth of the “false premise” drugs could not be justified.

Symptoms represent the efforts of the body’s intelligence in the self-healing autogenetic system to defend, cleanse and heal itself from a variety of infective agents, toxic sludge, and stresses. The body/mind intelligence creates fever, inflammation, pain, discharge, nausea or whatever is necessary in order to heal itself of the offense.

The worst thing you can do for a headache, congestion, muscle soreness, flu, fever  and so on is to take a pharmaceutical drug! These toxic chemicals do nothing but suppress your body's natural response - ultimately, making it more difficult to fully recover and leaving behind harmful, toxic residues.

We all know that sore muscles, joints, headaches, colds, flus, skin conditions and so on aren't much fun but when they pop up it's important that you support your body's desire to want to dump the rubbish from your system rather than suppress it!

So leave your body alone and let it heal itself... 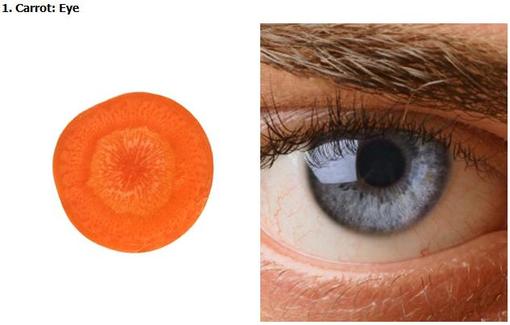 Foods That Look Like Body Parts They're Good For Learn how you can stay healthy by noshing on 10 anatomically shaped eats By Amanda Greene Email Print 18 Share Every child has heard the healthy-eating mantra "You are what you eat." But there may be a closer resemblance between good-for-you grub and your body than you thought. We found 10 foods that mirror the body parts they provide nutrients for—for example, brain-boosting walnuts actually look like a brain. Coincidence? Maybe. Though these healthy foods are beneficial to the whole body, the list below is a fun reminder of what to eat to target specific areas.

Slice a carrot in half crosswise and it's easy to see that the veggie resembles an eye—look closely and you'll even notice a pattern of radiating lines that mimic the pupil and iris. And the old wives’ tale is true: Munching on carrots will actually promote healthy eyes. "Carrots are filled with vitamins and antioxidants, like beta-carotene, that decrease the chance of macular degeneration, the leading cause of vision loss in older people," says Sasson Moulavi, MD, medical director of Smart for Life Weight Management Centers in Boca Raton, Florida. 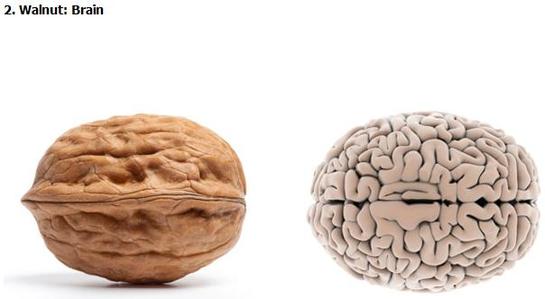 The folds and wrinkles of a walnut bring to mind another human organ: the brain. The shape of the nut even approximates the body part, looking like it has left and right hemispheres. And it's no surprise walnuts are nicknamed "brain food"—according to Lisa Avellino, dietitian for Focus28 Diet, "they have a very high content of omega-3 fatty acids, which help support brain function." 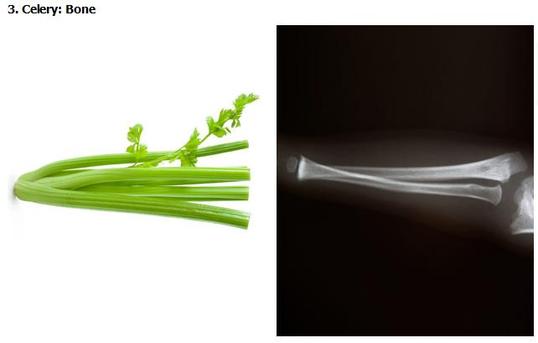 Long, lean stalks of celery look just like bones—and they're good for them, too. "Celery is a great source of silicon, which is part of the molecular structure that gives bones their strength," says Dr. Moulavi. Another funny bone coincidence: "Bones are 23 percent sodium, and so is celery," 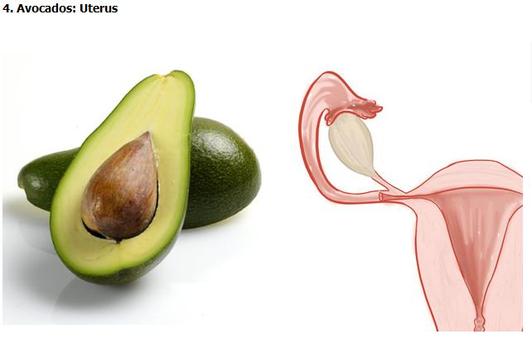 The lightbulb shape of an avocado looks like a uterus, and it supports reproductive health as well. "Avocados are a good source of folic acid," says Elizabeth Somer, registered dietician and author of Eat Your Way to Happiness. "Folate has been found to reduce the risk for cervical dysplasia, which is a precancerous condition." 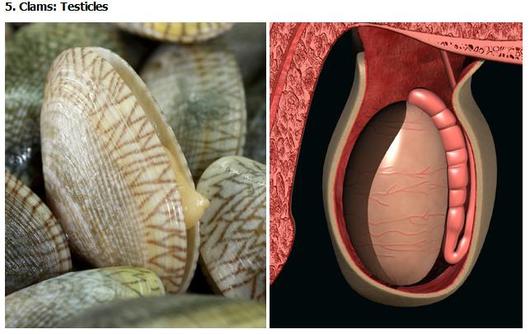 Studies have offered evidence that clams, which bear a resemblance to testicles, are actually good for the male sex organs. "Research from the Netherlands has suggested that supplementing your diet with folic acid and zinc—both of which clams are high in––can have a significant effect on improving semen quality in men," 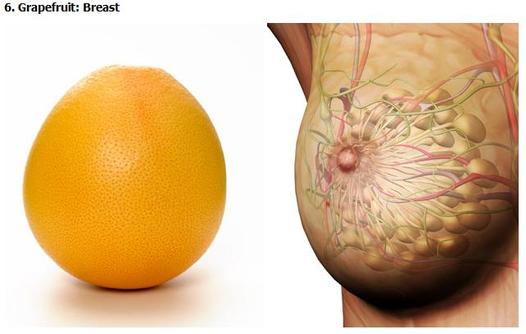 The similarity between round citrus fruits––like lemons and grapefruit––and breasts may be more than coincidental. "Grapefruit contains substances called limonoids, which have been shown to inhibit the development of cancer in lab animals and in human breast cells," 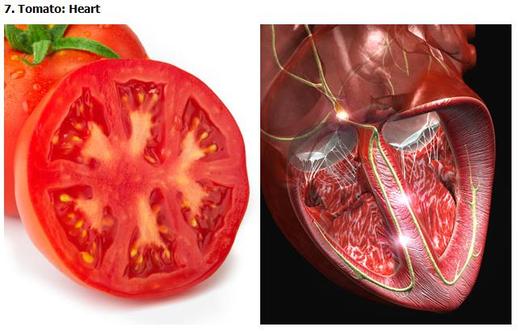 Slice open a tomato and you'll notice the red veggie has multiple chambers that resemble the structure of a heart. "Studies have found that because of the lycopene in tomatoes, there is a reduced risk for heart disease in men and women who eat them," says Somer. And, she adds, if you mix them with a little fat, like olive oil or avocado, it will boost your body's lycopene absorption nearly tenfold. 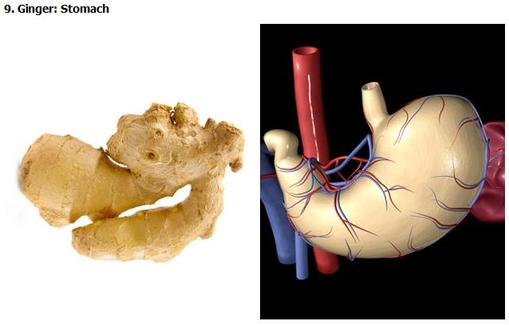 Anyone who's ever reached for a glass of ginger ale when they’ve had a stomachache knows about the antinausea effects of ginger. So it's fitting that the herb somewhat resembles the digestive organ. According to Dr. Moulavi, "gingerol, which is the ingredient responsible for ginger's pungent scent and taste, is listed in the USDA database of phytochemicals as having the ability to prevent nausea and vomiting." 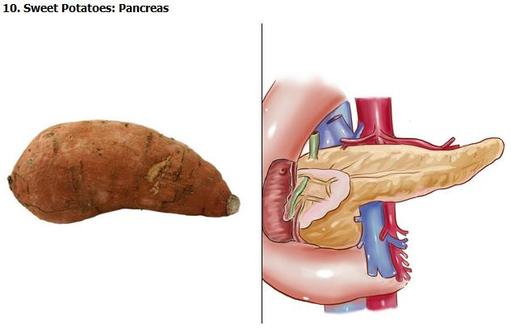 The oblong sweet potato bears a strong resemblance to the pancreas, and also promotes healthy function in the organ. "Sweet potatoes are high in beta-carotene, which is a potent antioxidant that protects all tissues of the body, including the pancreas, from damage associated with cancer or aging,"

Figs are full of seeds and hang in twos when they grow. Figs increase the mobility of male sperm and increase the numbers of sperm as well to overcome male sterility 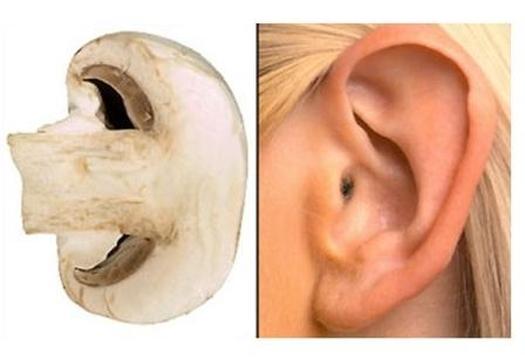 Slice a mushroom in half and it resembles a human ear. Mushrooms have been found to improve hearing, as mushrooms are one of the few foods that contain vitamin D. This particular vitamin is important for healthy bones, even the tiny ones in the ear that transmit sound to the brain

Our lungs are made up of branches of ever-smaller airways that finish up with tiny bunches of tissue called alveoli. These structures, which resemble bunches of grapes, allow oxygen to pass from the lungs to the blood stream. A diet high in fresh fruit, such as grapes, has been shown to reduce the risk of lung cancer and emphysema. Grape seeds also contain a chemical called proanthocyanidin, which appears to reduce the severity of asthma triggered by allergy 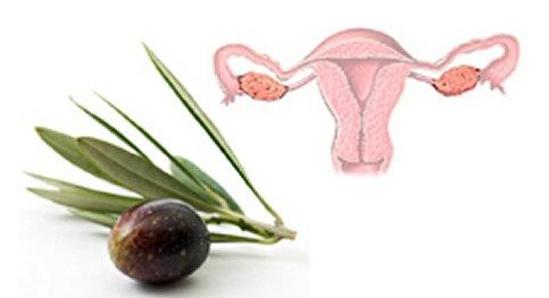 Olives assist the health and function of the ovaries

Bananas - you know; but it's interesting to find out about modest peanuts...

And there is the last bit of information I wanted to share:

As per Don Tolman, of all the citrus fruits, the Lemon is the most potent detoxifier...

Lemon juice is also known to improve liver function and can be used to eliminate kidney stones.  The organic acids also help to stimulate digestive juices and relieve constipation.

Serving Tip:  Squeeze a fresh lemon first thing in the morning and drink the juice on an empty stomach or mix it as a 'tea' with boiling water and Coconut Oil for a refreshing, de-toxifying start to the day!

Go on, get juicing Yummmm :o) 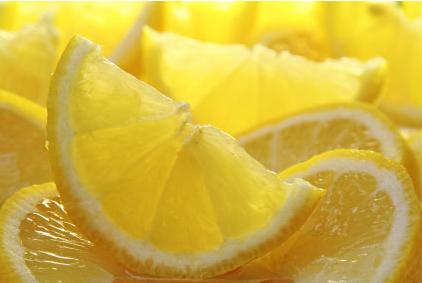