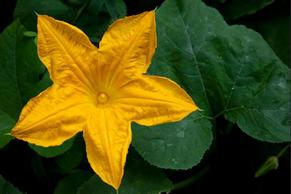 Garlic Proven 100 Times More Effective Than Antibiotics, Working In A Fraction of The Time

Their work was published recently in the Journal of Antimicrobial Chemotherapy a follow-up to the author’s previous research in Applied and Environmental Microbiology which conclusively demonstrated that garlic concentrate was effective in inhibiting the growth of C. jejuni bacteria. 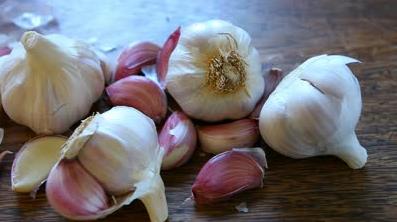 Garlic is probably nature’s most potent food. It is one of the reasons people who eat the Mediterranean diet live such long healthy lives. Garlic is also a powerful performer in the research lab. “This work is very exciting to me because it shows that this compound has the potential to reduce disease-causing bacteria in the environment and in our food supply,” said Xiaonan Lu, a postdoctoral researcher and lead author of the paper.

One of the most interesting of the recent findings is that garlic increases the overall antioxidant levels of the body. Scientifically known as Allium sativa, garlic has been famous throughout history for its ability to fight off viruses and bacteria. Louis Pasteur noted in 1858 that bacteria died when they were doused with garlic. From the Middle Ages on, garlic has been used to treat wounds, being ground or sliced and applied directly to wounds to inhibit the spread of infection. The Russians refer to garlic as Russian penicillin.

“This is the first step in developing or thinking about new intervention strategies,” said Michael Konkel, a co-author who has been researching Campylobacter jejuni for 25 years.
Read More: http://www.wakingtimes.com/2013/01/29/garlic-proven-100-times-more-effective-than-antibiotics-working-in-a-fraction-of-the-time/ 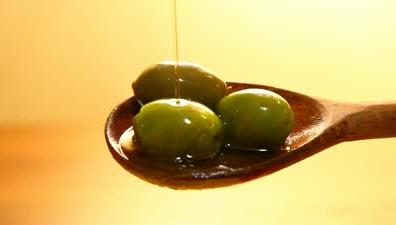 Never use antibiotics to cure ear ache, a teaspoon of warm olive oil poured in the ear works every time. Below is a short video about a new book called: Work With Your Doctor To Diagnose and Cure 27 Ailments With Natural and Safe Methods by Ty M Bollinger & Michael D Farley.

It serves as a good reminder that Gaia helps to provide us with natural remedies to help cure most illnesses.

The authors mention Cayenne pepper for the heart; the Antioxidant CoQ10 found in fish, parsley and vegetable oils; Magnesium for normal muscle and nerve function, strong bones and regular heart rhythm, found in oat bran, tahini and raw cocoa powder, brazil nuts and almonds; Probiotics to replace the important bacteria destroyed by using antibiotics, found in natural yogurts with ‘live and active cultures’ like acidophilus and Tumeric Curcumin the root spice commonly used in India, which is said to help fight various forms of cancer and cystic fibrosis. 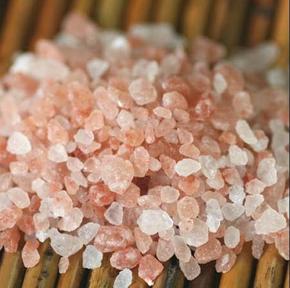 Salt: The Fascinating Varieties of Salt and How to Use Them

Here’s a cool article I found on salt. You might find it interesting to read. The Himalayan rock salt is considered the best. Stuart Wilde www.stuartwilde.com

What’s in your salt shaker?
The fascinating  varieties of salt and how to use them Thursday, January 10, 2013 by: JB Bardot

(NaturalNews) Let’s get right to the point — most people love salt. Perfecting  how to eat salt is an art most have not yet discovered. Not all salts are equal.  Alton Brown of Food Network Fame explains that all salt is sea salt from one time or another, even if it’s found in the Himalayas.
Many natural  salts have gained gourmet status and are recommended for their rich mineral content providing numerous health benefits. Choosing a salt depends on  individual taste preferences and upon the application for which it will be used.  So without further ado — I give you salt.

Kosher salt versus table salt
Table salt is the most common salt found in most kitchens. It’s a finely ground, refined form of rock salt, slightly bitter tasting from additives used to keep it from clumping. Most minerals are removed during processing. Some forms of table salt are artificially treated with iodine.
Kosher salt has a milder, less pungent taste than table salt and is the choice of many chefs. The flavor disperses quickly as it dissolves  fast. The coarse crystals are excellent for curing meats.

Coarse salt Himalayan pink salt: A star among salts,
Himalayan salt is typical of coarse salts, with large-grained crystals best used in a salt grinder. Coarse salts are not as moisture sensitive as other types,  allowing them to be stored for long periods. Himalayan pink salt is unrefined and high in minerals, making it a healthful choice. Useful for both seasoning or as a finishing salt. 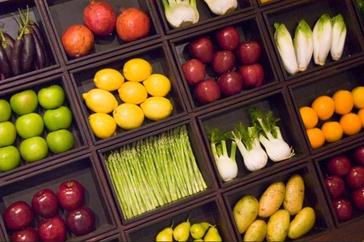 How To Avoid Food Brands Made With Genetically Modified Organisms (GMOs)

This section is compiled by Frank M. Painter, D.C.
Send all comments or additions to:  Frankp@chiro.org

Thanks to the Institute for Responsible Technology for access to this article! Genetic Engineering (GE) or Genetic Modification (GM) of food involves the laboratory process of artificially inserting genes into the DNA of food crops or animals. The result is called a genetically modified organism or GMO. GMOs can be engineered with genes from bacteria, viruses, insects, animals, or even humans. Most Americans say they would not eat GMOs if labeled, but unlike most other industrialized countries, the U.S. does not require labeling.

This Non-GMO Shopping Guide is designed to help reclaim your right to know about the foods you are buying, and help you find and avoid GMO foods and ingredients. 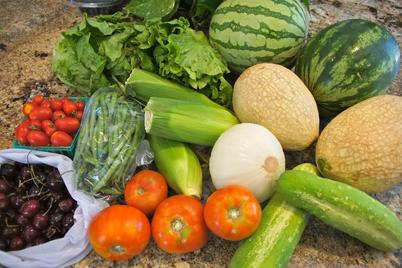 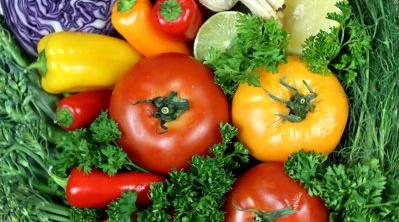 FRUITS & VEGETABLES Very few fresh fruits and vegetables for sale in the U.S. are genetically modified. Novel products such as seedless watermelons are NOT genetically modified. Small amounts of zucchini, yellow crookneck squash, and sweet corn may be GM. The only commercialized GM fruit is papaya from Hawaii—about half of Hawaii’s papayas are GM.

ALTERNATIVE MEAT PRODUCTS Many alternative meat products are processed and include ingredients that can be genetically engineered, so give the ingredient lists close attention to avoid the Big Four at-risk ingredients, especially soy.

BABY FOODS & INFANT FORMULA Milk or soy protein is the basis of most infant formulas. The secret ingredients in these products are often soy or milk from cows injected with rbGH. Many brands also add GMO-derived corn syrup, corn syrup solids, or soy lecithin.

DAIRY PRODUCTS & ALTERNATIVE DAIRY PRODUCTS Some U.S. dairy farms inject the genetically engineered hormone rbGH, also called rbST, into their cows to boost milk production. Organic dairy products are rbGH-free and do use GM grains as feed. Products with a label that indicates cows free of rbGH or rbST may come from cows fed GM feed. Many alternative dairy products are made from soybeans and may
contain GM materials.

GRAINS, BEANS & PASTA Other than corn, no GM grains are sold on the market. Look for 100-percent wheat pasta, couscous, rice, quinoa, oats, barley, sorghum, and dried beans (except soybeans).

CEREALS AND BREAKFAST BARS Cereals and breakfast bars are very likely to include GMO ingredients, because they are often made with corn and soy products.

FROZEN FOODS Many frozen foods are highly processed. Keep an eye out for the Big Four at-risk ingredients and stay away from frozen foods that contain them, unless they are marked organic or non-GM. 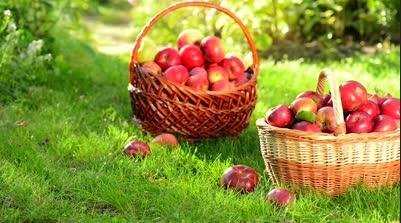 SOUPS, SAUCES & CANNED FOODS Many soups and sauces are highly processed, so give the ingredient lists close attention to avoid the Big Four at-risk ingredients.

SNACK FOODS Look for snacks made from wheat, rice, or oats, and ones that use sunflower or safflower oils. There is no GM popcorn on the market, nor is there blue or white GM corn.

The sweetener aspartame is derived from GM microorganisms. It is also referred to as NutraSweet® and Equal® and is found in over 6,000 products, including soft drinks, gum, candy, desserts, yogurt, tabletop sweeteners, and some pharmaceuticals such as vitamins and sugar-free cough drops.

SODAS, JUICES & OTHER BEVERAGES Most juices are made from GMO-free fruit (avoid papaya though, as it could be GMO), but the prevalence of corn-based sweeteners—e.g. high-fructose corn syrup—in fruit juices is cause for concern. Many sodas are primarily comprised of water and corn syrup. Look for 100-percent juice blends.

INVISIBLE GM INGREDIENTS Processed foods often have hidden GM sources (unless they are organic or declared non-GMO).  The following are ingredients that may be made from GMOs.

Ascorbic acid (Vitamin C) although usually derived from corn, is probably not GM because it is not likely made in North America.

To learn more about GMOs, consult the books Genetic Roulette: The Documented Health Risks of Genetically Engineered Foods by Jeffrey M. Smith or Your Right to Know: Genetic Engineering and the Secret Changes in Your Food by Andrew Kimbrell.   Information on GMOs is also available at www.centerforfoodsafety.org and  www.HealthierEating.org.

Copyright 2008 Center for Food Safety and Institute for Responsible Technology. No part of this booklet may be reproduced in any form without written permission from both parties. For large print quantities or electronic distribution requests, contact: info@responsibletechnology.org or info@centerforfoodsafety 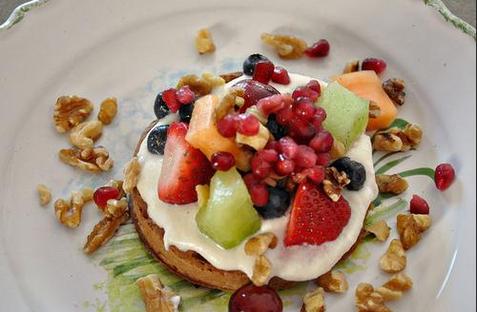 Why Women in China Don’t Get Breast Cancer (Simple Solution)

The Chinese don’t drink milk or eat cheese, that is the difference. Cows are pumped full of hormones and antibiotics, milk and cheese are deadly. Chinese men don’t get prostate cancer, for the same reason. Stuart Wilde www.stuartwilde.com