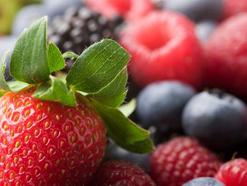 Reason and emotion, mind and heart, are the regulators of the body’s response to whole food medicine.

It has been demonstrated millions of times and for thousands of years that whole food diets, colonics, mono diets and fasting restore disturbances in metabolism, the immune system, respiratory function and mental outlook.

It is considered that the increasing levels of pollutants, chemicals, and food additives encountered by anyone living in an industrialized society can create a toxic overload in the body which can lead to more than 95% of all human diseases.

The human body is designed to be able to clean and repair itself. It is only when it is overwhelmed, that good health goes south and greater Self-Care is called for.

Every moment of the body’s existence, whether in health or disease, is wrapped in and electro-chemical matrice of emotional molecules, generated by the limbic emotional centre of the brain.

The neutral circuitry there causes neurosecretors to create actual molecules in response to emotions. These emotional molecular crystalline structures are an electric chemistry that oscillates in frequencies that match anatomical and physiological structures throughout the body. In this, ‘like is drawn unto itself.’ 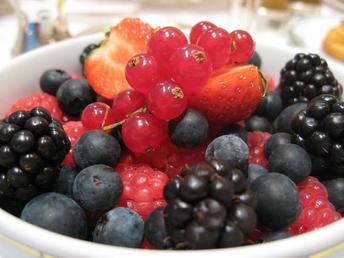 Simply stated, the chemistry of the emotion we call "anger", moves through the body as molecules, then, when we no longer need them, because molecules of calm have replaced their need in the body, they are collected and released by the bladder.

If anger doesn’t erupt, or is not released, over time ‘feelings’ of resentment and hostility can develop and can become persistent. This constant state overwhelms the bladder because negative emotional molecules are going to wreak havoc.

It may be as simple as a bladder infection. If the feelings persist and whole foods - whose electrochemical messages that generate calm emotional feelings to release the stress molecules - are not eaten, the infection could lead to a tumor (for instance) to contain them. Over time and distance this could lead to cancer.

It’s intriguing to me that our language has even developed phrases that allude to this reality. We usually say that, “these people love to, piss and moan.”

For more of the science behind the creation of emotional molecules, see the discussion on 'set point energy' in The White Stone Carillon segment, starting on page 500 of the Farmacist Desk Reference. I think that you'll find it fascinating.

Impulses are the medium of electrical surges that generate and build into emotional states. The seed of all impulse is a feeling generated by neurons in response to an impression made upon our senses bursting for expression into action.

All of the body’s responses are created by emotional molecules of photo-electric biochemistry. 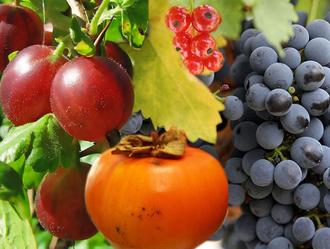 The appendix is a small, worm like attachment at the beginning of the colon. It was believed that the appendix had no purpose, therefore was often surgically removed as a preventative measure.

It is now believed to help in the immune system of the intestinal tract, as a vermifuge for parasites.

Because of this quality, it is likely to become infected just as the tonsils are in the throat. The appendix can become irritated from a blockage that will cause a build up of bacteria which can lead to infection. Constipation and hardened stool can cause this type of blockage.

Prevention is worth a pound of cure. Eating green leafy vegetables, which are discussed below, is the best way to prevent appendicitis.

If you find you have symptoms of appendicitis already, there are some plants that have been known to help reduce the effects. These herbs include: detoxifying and fever-reducing herbs(Flos lonicerae, Fructus forsythia, Herba taraxaci, Patrinia scabioseafolia, Gypsum fibrosum),circulation-enhancing herbs (semen persicase, Radix paeoniae rubra, Squama manitis, Spina gleditsiae), and laxatives(phizoma rhei, Mirabilitum depuratum). People who use the appropriate foods, enemas and senna, have found relief from their symptoms and cleared up their appendicitis quickly, typically in 24-48 hours. 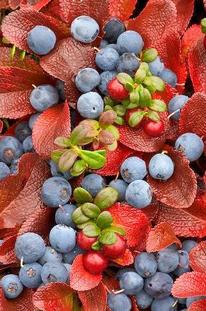 Acupuncture
Some Chinese believe appendicitis is caused by blockages in the circulation of blood and flow of vitality. Acupuncture, they believe, will help relieve pain, improve blood flow and control peristalsis, which is the wave-like movement of muscles in the intestines.

Nutrition
Preventing constipation by eating a healthy diet that emphasizes raw, fresh vegetables, fruits, whole grains and at least eight glasses of liquid a day will provide the fiber needed to minimize the risk of the appendix becoming infected. These foods also provide enzymes, which help boost the immune system. Another way to prevent constipation is by taking two tablespoons of flax seeds a day. This will keep stools soft and prevent constipation. Take garlic regularly to boost the immune system. You should also eat lactic acid fermented foods like natural, unsweetened yogurt, kefir and sauerkraut regularly to keep the bacterial culture in the colon healthy.

To lessen the chance of developing appendicitis, eat a diet high in fiber while avoiding refined foods. If appendicitis is suspected, do not use commercial laxatives, avoid using a heating pad, do not eat or drink, and do not take pain relievers because they may mask symptoms and complicate the condition.

Appendicitis usually occurs because a firm piece of stool blocks the pea size opening of the appendix allowing bacteria and other parasite to flourish inside. 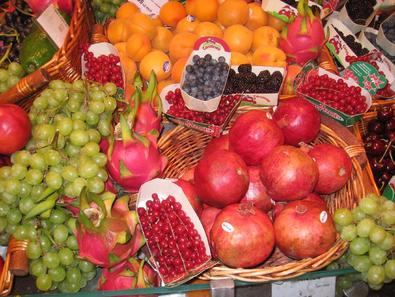 Fiber is beneficial in fighting appendicitis because it absorbs water. A high fiber diet causes the stool to become larger, softer and less likely to break apart, thus preventing stray particles from blocking the appendix. Getting more fiber in your diet also forces the stool to move faster through the digestive tract.

Starting your day with organic fruit is a great way to obtain more fiber in your diet. Wholegrain foods are loaded with natural fiber and consuming them is another way to boost your fiber. Watch out for foods like white bread, white rice and white flour because they are processed and bleached so they have no nutritional value at all.

To get the most fiber from these fruits, peel the skin and eat them whole. Thankfully, most of the fiber in oranges, grapefruit and other citrus fruits is found in the fruit itself. 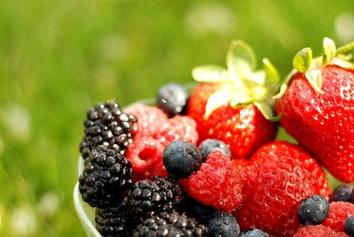 Appendicitis Detoxification Diet
The purpose of the detoxification diet is to create better elimination through the release of waste. It also allows people to see what they feel like when they eat better. Finally it begins the process of healing the organs. 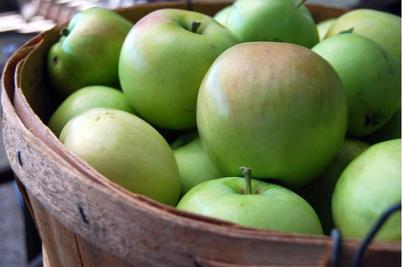 Apple cider vinegar is one of the oldest, most powerful, healing home remedies imaginable for allergies.

Apple cider vinegar is one of the most important remedies in healing the body if you can get over the taste. It has a number of reported uses including a complete relief of pollen, food, pet allergies and sinus infections.

If you live in a highly polluted area like Los Angeles where allergies and sinus infections are rampant, your system may better balance itself with a small dose of apple cider vinegar each day.

Apple cider vinegar in itself is alkaline because of its “ash” content, which means if the apple cider vinegar was burned, what is left over becomes ash. When you check for the pH of that ash and dissolve it with water, the content is alkaline. Whenever our body digests anything, it undergoes oxidation, which is similar to burning. The end result is that you can determine whether the end product was alkaline or acid.

Apple cider vinegar has fungal, bacterial and viral properties, primarily coming from the malic acid and acetic acid portion of the vinegar. Apple cider vinegar acts as a buffer for the body because of the acetic acid reacts with base or acid compounds to form an acetate. This, therefore, renders them chemically bioavailable for the body’s utilization. Additionally, apple cider vinegar can reduce the toxicity of certain compounds by converting the toxin into an acetate compound which is less toxic. This is why they are ideal for insect bites and certain skin allergies. While apple cider vinegar is considered alkaline, chemically pure vinegar, it is neither acid nor basic forming as it leaves no ash as the entire portion when burned evaporates completely.

Any part of the body can be involved in allergic reactions. The most common areas include the nose and chest with symptoms such as hay fever, rhinitis or asthma although the skin and eyes also can show symptoms. 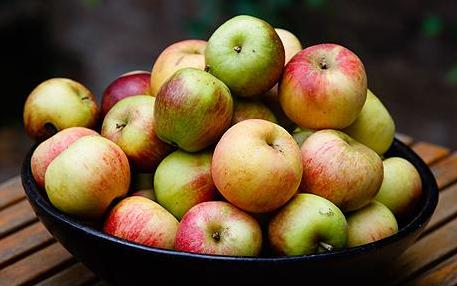 Suppose you owned a “Nutritional Lie Detector.” You could spot nutritional hype and misinformation in an instant! More importantly, you would know when somebody was telling you the truth about how to get healthy and stay healthy.

Imagine that you had a “Food Analyzer.” Before eating any food, you could place it on the “Analyzer,” and it would predict the positive or negative impact on your mental emotional and physical health. Wouldn’t you like to know in advance if a food will boost your immune system or wreck it? If a food will make you feel great or give you the midday blahs?

Aren’t food labels supposed to do that? No! They are frequently the source of nutritional deception. A food label is your first warning sign that a food is missing something as a result of some form of processing. Only imperfect foods have labels, which in turn grow imperfect bodies.

Think a minute about your spouse, a child, grandchild, or parent. Would their behavior improve…would the number of annual colds and sinus infections diminish…. would they have more energy…would their life be more enjoyable – if they would eat more nutritious wholefoods? Get a juicer, a Vitamix and a garlic press if you are serious about your health. 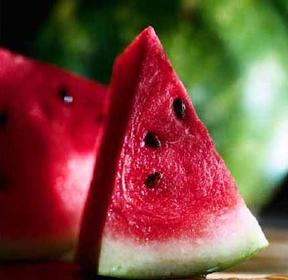