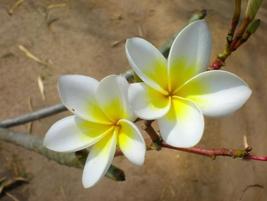 As we mentioned in our previous articles when it come sto weight loss everyting works in combination: your mind set, your emotions, your diet, long walks and physical exercises. Today I remembered QiGong. We did not do the practice regularly but every morning when we had time to compete the simple set it would give me so much energy and would change the point of origin to the true one that I thought that might be the ultimate solution to mind-body-spirit balancing struggle. It should help some of us to loose weight too...

So what is QiGong?

Qigong, chi kung, or chi gung (simplified Chinese: 气功; traditional Chinese: 氣功; pinyin: qìgōng; Wade–Giles: chi gong; literally "Life Energy Cultivation") is a practice of aligning breath, movement, and awareness for exercise, healing, and meditation. With roots in Chinese medicine, martial arts, and philosophy, qigong is traditionally viewed as a practice to cultivate and balance qi (chi) or what has been translated as "intrinsic life energy".Typically a qigong practice involves rhythmic breathing coordinated with slow stylized repetition of fluid movement, a calm mindful state, and visualization of guiding qi through the body. Qigong is now practiced throughout China and worldwide, and is considered by some to be exercise, and by others to be a type of alternative medicine or meditative practice. From a philosophical perspective qigong is believed to help develop human potential, allow access to higher realms of awareness, and awaken one's "true nature". You can read more on history, health benefits, forms and training in wiki.

Qigong is a series of exercises - some are considered "soft", "hard" and "static" that were put together by the Taoist sages and healers of ancient times and also developed further by the Buddhist monks, nuns and the martial art masters of ancient China (Qigong has been practised for over 5000 years). Some of these hermits, sages and monks probably even had some divine intervention because they were so pure, living in such harmony with nature, other creations and with the energy of the universe.

These Qigong exercises involve some gentle ("soft") movements, stronger movements that require more muscular activity ("hard") preferred by the martial artists, and the "static" meditative type of exercises, but all have one thing in common, that is that they be done with emphasis on the breath and mind focus.

These exercises were "designed" to unblock and stimulate the acupuncture meridians or channels so that the Qi/Ki energy (and blood) can flow smoothly, unobstructed in the channels to supply the whole body. (In traditional Chinese medicine, it is believed that the blocked and stagnant energy can cause all sorts of diseases. This includes your mental and emotional energy). It also stimulates and restores your own body's self-regulating system.

The breathing method involves largely using the diaphragm and abdominal muscles which massages and stimulates the organs in the body (imagine yourself being given therapeutic, soothing massages every day!) while the mind focus increases your awareness of your own body and what is going on inside - where your energy and blood flow, where they're blocked or stagnant and increasing the sensitivity of your senses.

The static meditative side of Qigong will give you the same benefit as other meditation methods: relaxation, stilling the mind (like putting the leash on or taming the "wild", "naughty" monkey that is our mind, from jumping around and swinging from one tree to another, like the chaotic mind), neutralising stress and emotional imbalances, giving clarity of mind, inducing tranquillity, plus more, for Qigong practice enables you to harmonise with the universal energy and harness it, thus recharging our "battery".

Qigong's ultimate aim (like yoga's) is spiritual enlightenment, by mastering your own body, your mind and discovering and knowing our "true self". On the way to spiritual enlightenment, by practising Qigong regularly, you will achieve your optimum health. Optimum health is NOT simply the absence of diseases, but includes your ability to handle life's stresses, manage emotional ups and downs very well and make the right decisions with clarity of mind.

Unlike yoga, which is experiencing a revival of interest at the moment (thanks to the celebrities who are promoting it in their interviews, so everyone who wants to have their looks and physiques is enrolling in yoga classes in droves), Qigong is almost unknown in the West. It is only in its infancy but, judging from the results or benefits gained by practitioners and the ease of the exercises (as compared to yoga postures (asanas) and, say, Tai- Chi which has been practised only in the past 200 years. Qigong will have an explosion in popularity in the very near future.
Another aspect of Qigong that is rarely discussed is that you're putting the responsibility for your health maintenance and healing yourself back in your own hands by not relying on others.

Even lesser known in the West is the 'Emitted Qi' or energy healings that some Qigong experts/adepts are practising. This is similar to 'Rei-ki' which is also a form of Qigong coming from China to Japan and popularised in the West (just like Kung Fu from China to Japan evolving into Karate and evolving into Tae Kwon Do in Korea) and 'Pranic Healing', from the Indian system of breathing exercises called 'Prana-Yama' which is as ancient as Qigong. In this practice, the universal energy is passed on by the practitioner by way of emitting the 'Qi' through their hand to the patient to heal whatever the disease is.