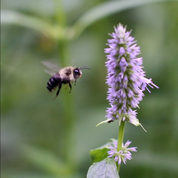 One of the worries about raw food diets is that they may affect calcium uptake but this article from the BBC seems to suggest that is not a worry. All the best, Stuart.

People who follow a raw food vegetarian diet are light in weight but healthy, according to US researchers.

It has been suggested that eating only plant-derived foods that have not been cooked or processed might make bones thinner and prone to fractures.

But a study in Archives of Internal Medicine found although bones were lighter on this diet, turnover rates were normal with no osteoporosis.

The lower bone mass is down to raw food eaters being slim, believe the authors.

The researchers compared the bone health of 18 people who had been following strict raw food diets for up to 10 years with that of people who ate a more typical American diet, including refined carbohydrates, animal products and cooked foods.

The raw food diet is different to more typical vegetarian and vegan diets, which do not exclude cooked, processed or otherwise refined foods.

The groups were matched according to age, sex and socioeconomic status.

The raw food vegetarians in the study had lower body weights (BMI) and total body fat than the other volunteers. They also had lower bone mass and bone mineral density.

“It is well documented that a low BMI and weight loss are strongly associated with low bone mass and increased fracture risk, while obesity protects against osteoporosis,” said the researchers.

But the people who followed raw food diets did not have any other biological markers that typically accompany osteoporosis and had normal rates of bone turnover.

Lead researcher Dr Luigi Fontana, from Washington University School of Medicine in St Louis, said: “We think it’s possible these people don’t have increased risk of fracture but that their low bone mass is related to the fact that they are lighter because they take in fewer calories.”

Dr Fontana said the raw food diet group also had higher vitamin D levels than people on a typical Western diet, even though they did not consume dairy products which are known to be a good source of vitamin D.

He said this was probably down to sun exposure.

Dr Stephen Walsh, nutrition spokesperson for the Vegan Society, said it was to be expected that people who ate only raw foods would be slimmer and that this would in turn have an effect on bone mass.

“We recommend a varied, healthy, balanced diet which includes raw fruit and vegetables as well as other foods,” he said.

A spokeswoman from the Vegetarian Society said the study was interesting, but given that only 18 people were studied, its usefulness to those wishing to follow a vegetarian or vegan diet was very limited.

“We recommend eating a healthy, well balanced vegetarian or vegan diet that includes 2-3 portions per day of high protein foods such as pulses, nuts, soya and wheat proteins, five portions of carbohydrates (the less refined the better), 2-3 portions of dairy products or calcium-enriched dairy alternatives and at least five portions of fruit and vegetables.

“Raw foods can and should be included within this ‘balance’ but it is not advisable to embark on an exclusively raw food diet without proper research and expert advice,” she said.

A spokesman for the National Osteoporosis Society said: “This is an interesting study which highlights the fact that low bone density is just one part of our overall risk of breaking bones.

“We would recommend that raw food vegans make sensible food choices to ensure they are taking in an adequate amount of calcium from a variety of foods and ensure they obtain good amounts of vitamin D from sensible exposure to sunlight.”

Elaine Bruce, experienced naturopath, homeopath and director of the UK Centre for Living Foods, said calcium was important for building bones, but that inorganic calcium in the form of supplements would not do the job.

“You have to have organic calcium as it occurs in fresh green leafy vegetables. “What we do in our programme is maximise that intake by having it in juice form.”

She said that the chlorophyll found in green plants and vegetables also contained right amount of magnesium that is essential for the uptake of calcium for healthy bones.

“The chemical composition of chlorophyll and blood is very similar which further facilitates this uptake,” she added.